League of Legends secret ranking system is called the matchmaking rating or mmr. Elo is already existing in many games like Dota or Rainbow Six Siege. In League of Legends, every player has his own mmr and this data is helping create balanced teams to make the games fair. This one is accurate and automatic, so you can’t manipulate it. In LoL, matchmaking rating has no direct correlation with elo and everyone has a different mmr for both solo and flex queues.

How does it work

Many articles on the web can help you understand how mmr works in League of Legends, but let’s briefly recap the main points.

The group of players is created depending on their ratings and their number of wins. However, if the player chose to joins other players in the flex queue or in duo queue, the system is going to adjust itself to take the average of each mmr. Also, the new players who recently joined ranked games are matched with other new players to not penalize them. One thing to note is that playing against a better player than us will make you win more points if you win the game. If on the opposite side you are losing, you will only lose less than 15 League points. There are also many websites to check the mmr of every single player during your games. Moreover, a winning streak is going to significatively upgrade your LP gain. On the contrary, doing many losses in a row might get you far away from your initial rank and will make it difficult to come back. 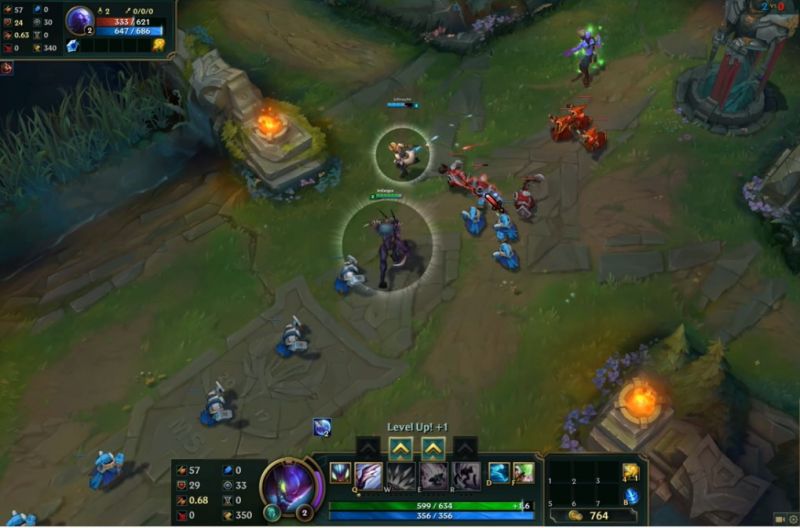 What does it mean for your elo

It’s not easy to trick the system, but you can still avoid common mistakes. First, don’t forget to dodge unwinnable games from champ select. It means that if you see someone trolls pick or your team composition is not playable, it’s pointless to start the game. So instead of losing 20 lp and reduce your mmr, just leave the champ select and save your mmr. Even if the matchmaking system might favorize you on half of your games, it would be unlucky to lose those types of game that you are supposed to win.

It’s harder to win in Duo queue games so if you don’t regularly play with any specific teammate who has good synergy with you, then there is a lower chance to win your games. You should avoid spamming games when you are losing, it can be an instant demote for you if you are currently at 0 LP.

The games can be exhausting, so it may be better to take a break and play again when you are mentally stronger. Your lp gain is like a warning that tells you when you should and should not play.

If you didn’t play for a long time, you can check your mmr if you don’t remember how your last games were going.

You can deduce your approximative mmr by looking at your League point gain, you can’t be totally sure about your exact matchmaking rating and it’s not that simple to guess it. You don’t need to be worried. If your MMR is above your real division, the system will notice it fast and it won’t take weeks to achieve your real ranking.