As technology expands with each passing day, one aspect that will evolve with it is in-flight entertainment. It is expected to reach an impressive almost eleven billion US dollars by the year 2025, especially since ultra-long-haul flights are en vogue. With more advancements happening in tech, travel enthusiasts expect in-flight entertainment to be more pleasurable. Let’s take a look below at a few possible exciting changes: 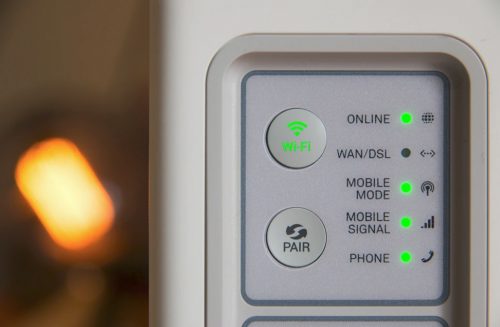 Today, connectivity is a top priority, with over five billion people owning a mobile gadget for their entertainment and information. As such, airlines have attempted to install WiFi capabilities on board to keep everyone occupied during long hours. Back in the day, this task was not cheap and easy to implement. Aside from the cost, hundreds of people stuck on the plane are connecting to the same router, so there is diminished browsing speeds and buffering.

Thankfully, the advent of WiFi mesh networks has made connecting to WiFi inside a plane feasible. Apart from being cheaper now, it is also faster to stream favorite shows because the system is working seamlessly. To illustrate, British Airways has installed WiFi connectivity for over 90% of their fleet. Today, Netflix users can even connect their own account that subscribes to a package called the “Browse&Stream,” paving the way for no less than 1 Mbps rate.

With WiFi being a foreseen plan in all future entertainment onboard, industry experts predict that a new kind of gaming would make a grand debut. Cloud gaming paves the way for gamers to stream their favorite titles from a central server with massive processing capabilities. Thanks to internet connectivity, this can be streamed to any device. Now, people can be engaged in an RPG game at home, and continue their bus commute while going to work…soon it can be done in an aircraft, too.

Just recently, news websites reported that Google had launched a service called Stadia with a goal to do the above mentioned. Gaming options are slated to soar through the skies (pun intended), offering a more diverse menu for the pleasure of travelers. Now, people can say goodbye to the standard solitaire and chess, if they want to. Currently, inventors are polishing this off so it will work seamlessly on the ground before being installed on every airline console panel.

Flying Into the Future

Now is time to look at the crystal ball to delve deeper into the future. Way beyond the adoption of inflight WiFi and cloud gaming in the air, Augmented Reality and Virtual Reality are currently being developed to allow travelers to experience these right in the comfort of their airplane seats. This technology has the capability of transforming the wearers’ entire surroundings or simply project what they want to see.

With noise-canceling headset and VR, passengers can be transported out of their seats into remote islands. Instead of feeling bored and stuck in a cramped airplane seat next to an annoying seatmate, passengers can relax and better pass the time. To date, companies such as Panasonic are already testing sensory experiences for first class and business class travelers. With this kind of technology, coupled with synchronized lights and isolated seating, a better environment can be stimulated. This will quickly address the issues of difficulties in sleeping as people can readily adjust circadian rhythm while crossing the international date line aboard their flight.

Undoubtedly, inflight entertainment is going to take the world by storm in the coming years. With newer discoveries as the days go by, things will only get bigger and better. It won’t be surprising if the norms people are used to seeing on the ground will be translated onto the air. Since airlines are offering the best amenities and experiences to outdo each other, flying to an intended destination will improve the journey. This industry will definitely soar as high as the skies that each airplane traverses.