“Stacks” are a bundle of software that compromise your sites back end. It involves everything from the operating system to and web servers to APIs and programming frameworks. The reason they are bundled is because each component provides a layer for their compatibility and it’s easier to download and deploy all at once. In easy words, a stack platform is a collection of software melded into a unified whole to perform a specific task.
Depending on the project you are working on, you may choose one stack over another. Before moving on the criteria for choosing a modern web technology stack, you should clearly understand what comprises the process of web development:
There are two sides to web development, the client side and the server side. The client side is also called the front end, while the server side programming involves an application, a database and the server itself. 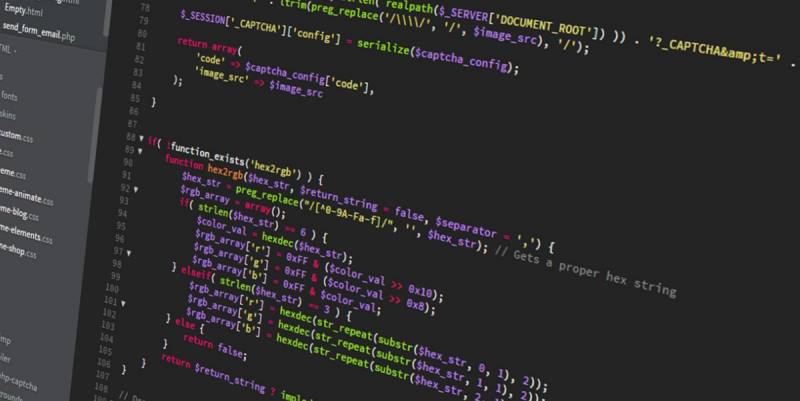 Client side web development involves everything users see on their screens. The major frontend stack components include Hypertext Markup Language (HTML) and JavaScript (JS). HTML tells a browser how to the display content of web pages, while JavaScript makes web pages interactive.

Server-side is not visible to users. It powers the client side, just as a power station generates electricity for your house. The challenge lies mainly in the server-side technologies for developing your web application. Server-side programming languages are used to create the logic of websites and applications.

So applications have four tiers, three of which are on the server-side. This explains the inner workings of a stack.

The tiers each include a server, database and server-side scripting language.

Before heading on to the main point, let’s give you a basic idea about what a stack does and the important things to consider when you are choosing or moving a stack.

Things to Consider Before Choosing your Software Stack.

Now in order to figure out which stack will work best for you, here’s a list of all the common and best stacks for web development:

LAMP stack components include Linux, Apache, MySQL, and PHP.
LAMP till today stays strong as one of the top contenders since it gained dominance around the year 2000. The reason behind this stack topping the list is because it’s a completely open source and easy to customize. You can take and change it without owing anybody anything and is thus free. It’s a proven method for hosting websites and there’s strong community support.
Linux is an operating system for web development which was built by developers for developers. Apache is a program that hosts servers and is also free with an open source. MySQL is popular for its legacy. On the other hand, developers tend to have a love/hate relationship with PHP due to its many holes in compatibility issues and inconsistencies are the nature of a language so old.

MEAN stack components are MongoDB, ExpressJS, AngularJS, and NodeJS.
MEAN is a jock of a web stack that is simple because it technically only has one language to learn and everything else consists of libraries and frameworks. MEAN is entirely based on JavaScript which allows it to be incredibly fast and easy to scale. Frontend developers already know JavaScript, so learning the backend is a breeze compared to other web stacks. Being on the same page also helps communication between frontend and backend developers.

Meteor is a relatively new web application framework which was created to build full-stack applications. Written in JavaScript, Meteor is a beginner-friendly full-stack framework that can have an experienced programmer up and running in a few hours. Stacks based on Meteor work perfectly with MongoDB, run servers with Node.js and can exist alongside JavaScript frontend frameworks such as React or AngularJS.

Django is an unchained stack and is a web application framework used with Python-based stacks. Django unchains developers from the mundane aspects of their projects, allowing them to focus on creative web features for web applications. There’s a wealth of community support and plug-ins to extent Django’s capabilities.

Ruby on Rails is a developer friendly Ruby framework with an entire backend included. Ruby is a high-level language and is the favorite of many startups. Ruby on Rails removes a lot of the details of development and replaces then with “Ruby magic”. This is great for building applications quickly and is best suited for developers who are already familiar with the backend. It comes with its own server and SQL database called SQLite. This can be exchanged with any database relatively easily.

Spring is a full stack framework written in Java. It is considered a lightweight framework because it’s non-invasive. Spring doesn’t require programmers to implement any interface, which makes the code a lot more maintainable. Spring is a framework that also helps you connect components together using a system called dependency injection. This allows developers to cleanly separate classes without losing access to their dependencies. Dependency helps with a contradiction in Java between proper dependencies and useful class separations. Spring is organized in a modular fashion so you can just focus on the parts you need.

Bitnami stacks are available for web applications such as WordPress, Drupal, Joomla! and MediaWiki. Bitnami is cloud based library and cloud based solution that supports a number of stacks. It allows you to deploy your own application either on your own server, or in the cloud. Bitnami packages can also be downloaded with one click. Bitnami also offers ready-to-run virtual machines.

It’s important to keep in mind that quality is a matter of doing things properly. Technology is not the only thing that matters, you need the right design, the right requirements, the right testing procedures and so on. The most important thing is to make sure that you don’t limit yourself in terms of scale or migrating to a different technology in the future.

Author Bio:
Shania is a devoted and conscientious blogger, affiliated with eWorldTrade, who is passionate about her work. Inspiring others with her writings is her forte. You can follow Shania on Twitter @shaniashaiman to see more of her work and content.