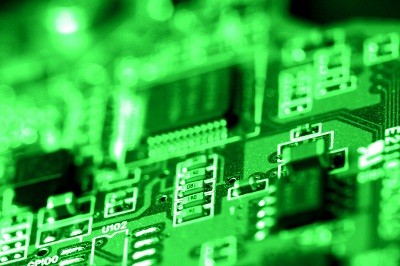 Do you want to quickly find out how many CPU cores your Microsoft Windows based laptop or desktop computer has? 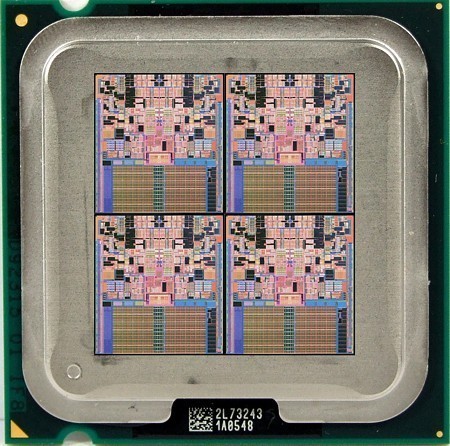 You can even use this method to find the number of logical or virtual cores being currently used and available.

Press enter to get the exact number of available CPU cores and Logical Cores.

Here’s the result for my Compaq laptop running on Windows 7: 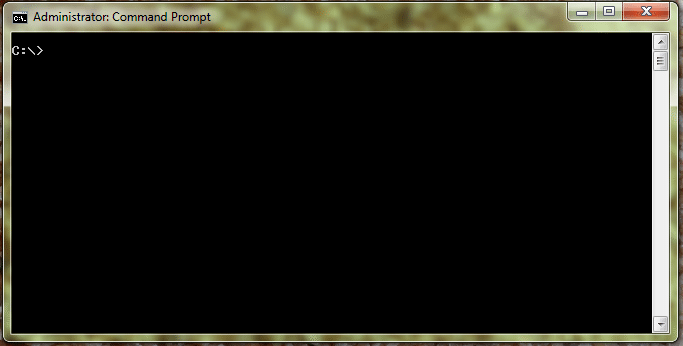 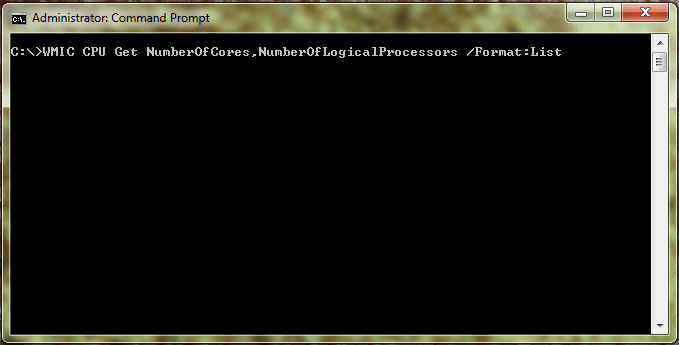 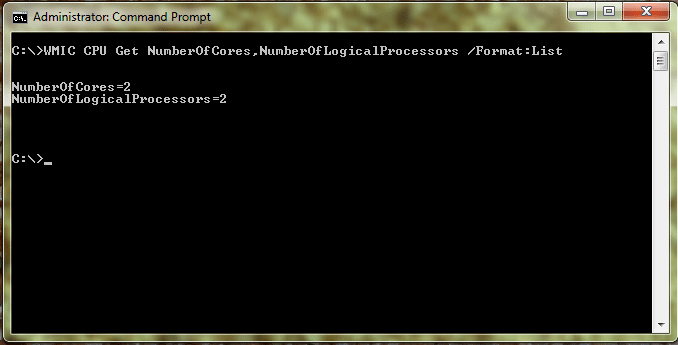 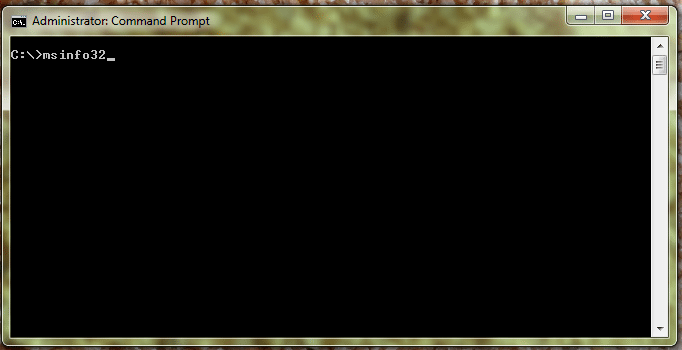 Just beside the processor item, you can see the number of CPU cores and logical cores when you click on the line and hover over it. 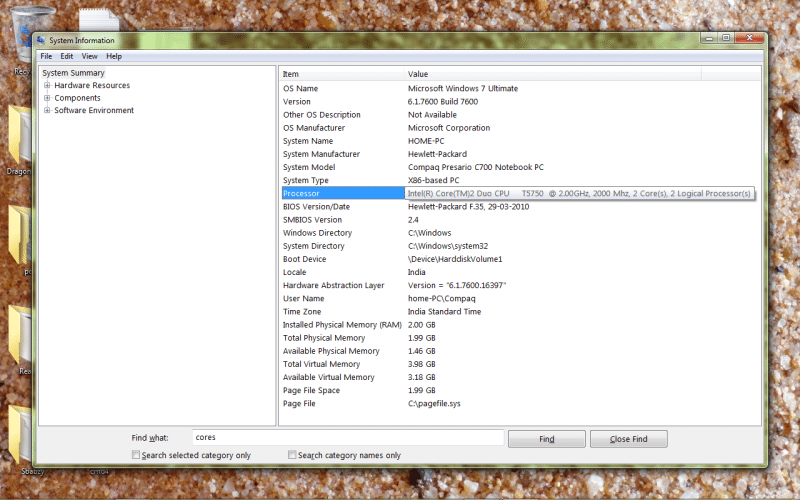 What is a CPU?

CPU or Central Processing Unit is the “central” chip of a computer.

Basically, the CPU IS the computer. 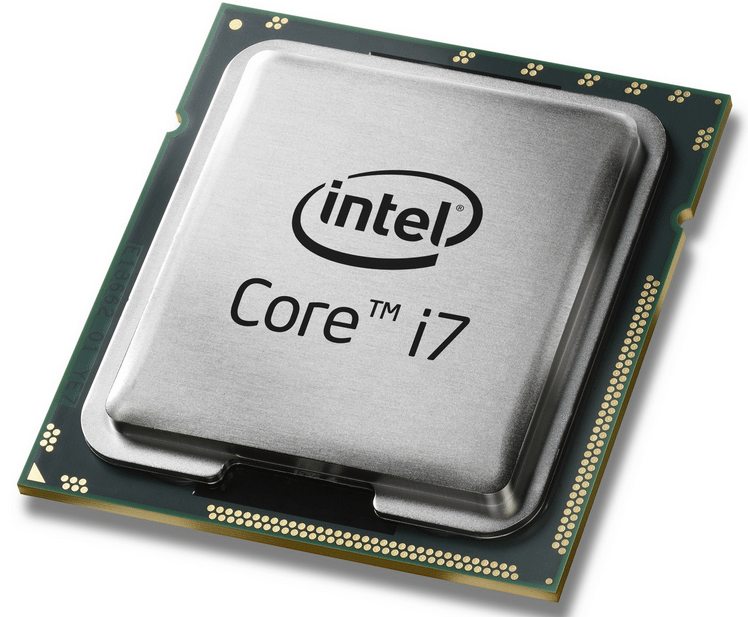 What are CPU cores?

By design, a processor can only handle one set of instructions at a time. Otherwise, mixing up the program codes and raw data (which is to be processed) between multiple sets of instructions can make it impossible to even boot up or start the computer!

Since your basic modern day CPU has processing speeds like 1 GHz at the very least, most of the time its capacity isn’t reached. If we were to use the CPU one instruction at a time, it would be a severe waste of processing ability and computer usage speed.

So, processors are usually divided up into multiple cores. Dual cores and Quad cores are used commonly today. Even six cores and eight cores per CPU aren’t unheard of! These cores are physically separated, and entirely different from the “logical” cores. This splitting up of processors or CPUs is called Simultaneous Multi-Thread Processing.

Even when a good CPU of speed 4 GHz is divided up into 4 cores, a parallel processing speed of 1 GHz per set of instructions is too high. Because of that, Intel has come up with a new technology, called Hyper-Threading Technology, which enables CPUs to handle up to 2 simultaneous data instructions per core in a parallel fashion by creating extra logical cores which emulate the physical cores.

Logical cores are created by duplicating the portion of information contained in a processor core which tells the Operating System how many different cores the CPU has. The duplication has to be such that the logical cores are used as efficiently as possible.

For a 6 core processor, it is possible to have 6 x 2 = 12 parallel processes running if required.

As the CPU resources get divided, the queue of instruction sets is divided up, thus reducing the waiting period for programs while increasing the capacity usage efficiency of the CPU. 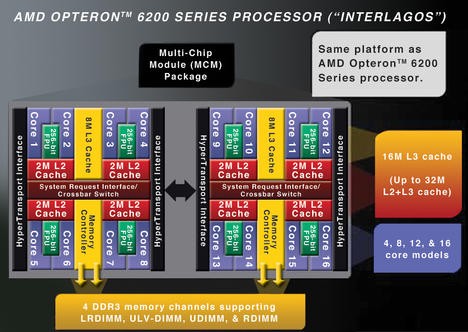 How to Most Efficiently Use CPU cores

Suppose we have a Quad core CPU with 4 cores, and 4 logical cores. Out of these 8 total cores we need only 5 cores to be used. The most efficient way to split up the tasks is by assigning 4 tasks to the 4 physically distinct cores, and assigning the 5th to any of the logical cores.

If on the other hand, 2 of the cores along with their logical cores get assigned 4 tasks (maximum limit) and a third one gets the fifth task, one core remains totally unused while two cores are being fully used. This causes those 2 cores to get heated up and become less efficient while 25% of the CPU is untouched!

While support for Hyper-Threading using logical cores is present even in Windows 7, it has come to public notice through conspicuous ON/ OFF settings only in Windows 8! It is supposed to improve performance by a significant margin, but only when both the OS and client application or program support it. Otherwise unsupported Hyper-Threading is also known to cause unchanged or reduced processor performance.

Moreover, it has been found in several cases that Hyper-Threading and logical cores cause increased energy expenditure – thus reducing the battery life of mobile devices. The Operating Systems thus need to find the right balance between performance and energy efficiency.

For some cool tech tips like Top 5 Alternatives To Photoshop, head over to dnem.

So, how many CPU cores does your favorite computer have?