So I was sent a Graphite Black version of the HUAWEI Watch GT 2e months ago and did initial unboxing and tests, but wanted to use it every day for at least 4+ months before I would write my official review of it.  The reason is sometimes these smart watches can have batteries that won’t hold a charge or severe performance degradation after just a few weeks, but I can tell you my GT 2e performs just as well 4+ months later as it did when I first got the watch.  First lets go back and look at the unboxing of the watch.

What you get in the box is: 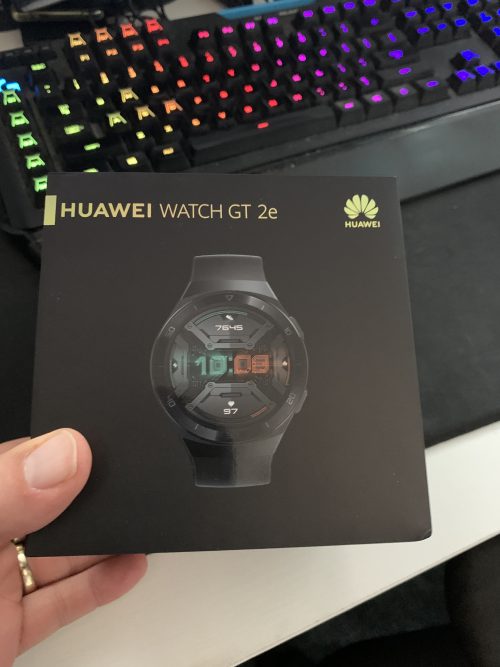 The watch itself weighs around 43 grams without the strap and the display is 1.39 AMOLED with 454×454 HD resolution.  It has 4GB of RAM and includes the following sensors: Accelerometer sensor, Gyroscope sensor, Geomagnetic sensor, Optical heart rate sensor, Ambient light sensor, Air pressure sensor, Capacitive sensor.  It does support GPS and Bluetooth 5.1 and there is a power button and function button on the watch.  The watch is 5ATM water-resistant which means you can take it swimming and even some free snorkeling but not for scuba diving.  It uses a magnetic thimble charging on the dock which is one part I have an issue with and don’t like and will explain later.

The watch has a lot of great features including the heart rate tracker, SpO2 monitor and Sleep monitoring.  It has great fitness tracking with 85 custom workout modes, but I found that when going for walks you need to start the workout mode first as sometimes I could walk a thousand feet or more before the watch decides to notice I started a walk and offer to switch into work out mode.  During testing I can confirm the watch has about 12-14 days battery life and this is with it doing constant 24 hour heart rate monitoring polls, it gets longer battery life if you disable the constant monitoring. 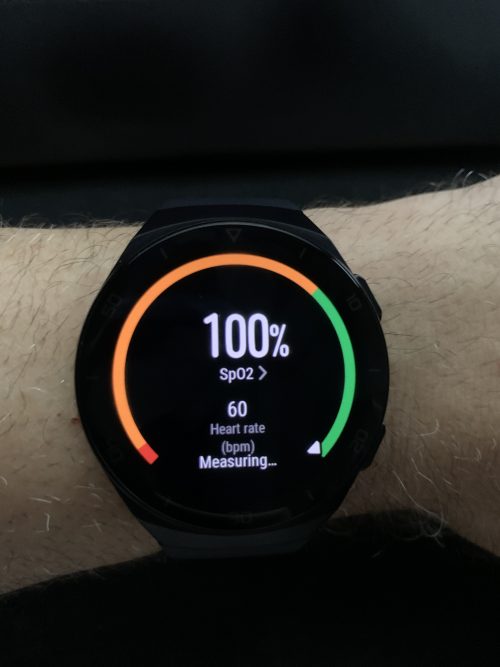 This watch supports all the notifications you would expect including incoming text, calls, missed calls, plus can play music (Android only) and integrate with your phone.  Though the Huawei Watch GT 2e is more integrated with Android smartphones than with iOS, and the following features are not supported on iPhones:  Watch face store, Music playback control, All-day stress monitoring.

Sleep quality monitoring seemed pretty accurate and gives you a summary of your sleep nights.  Yep this is my normal lately, going to bed before 9pm and waking up around 3am.

I checked my heart rate frequently in the summer months I was using it and I had a resting average heart rate of 65 beats/min.

So unfortunately if you are on the iPhone like me  you are limited to the # of watch faces that you can select built into the watch. I ended up with the Comic watch face being my favorite and the one I left on all the time. 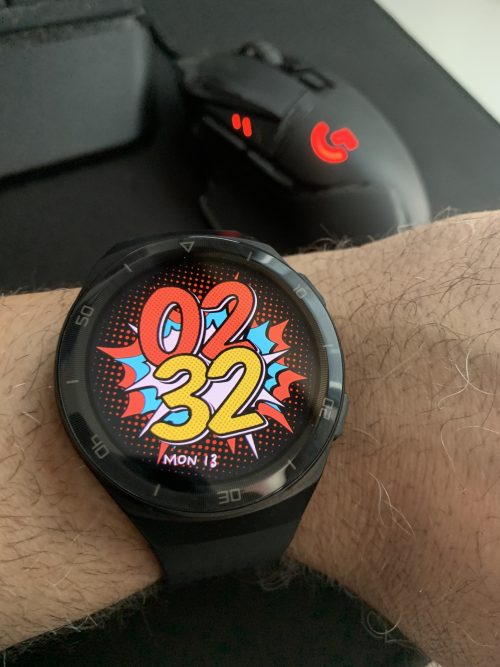 Overall for the price it is a fantastic watch and was better than the Amazfit smartwatch I was using prior.  I would have liked for native iOS music player and Spotify player support as well as an easy way to install custom watch faces that you can purchase or get from any other store, but it does have some limits there.  The silicone wrist band has a ton of holes for adjustment, is thick and durable and it has held up well so far for almost half a year.  The one thing I didn’t find too fond about the smartwatch is the base charging station and how the watch has to seat on the pins for charging.  It is magnetic so if you hold the watch the wrong way it resists being put on the pins, but the awkward placement of the pins and watch means the watch and the fact the USB cable weighs more than the charging station means the station pretty much sits sideways and never flat while the watch is sitting on it, and the watch can be sometimes hard to place and keep in place due to how light the charging circle is compared to the watch and cable itself.  It is USB Type-C so it does charge fairly quickly and gives you 13+ days worth of charge which sort of makes up for the fact that it is kind of annoying to try and fit the watch on the base properly to charge.

It still gets a solid recommend as a smartwatch however, and so far I have been using it every day.