I was in the market for a new gaming computers and had considered many companies online including the traditional giants like Dell, HP, Alienware, Falcon…etc.  In the end I decided that budget would rule my decision and this left only 2 companies that fell within the best bang for the buck price range.  iBuyPower or CyberPower Inc, and both looked like they would offer PC’s in my price range and had uncanny similarities in all the Maximum PC, PC Gamer ads and website layouts.  I saw an article on the iBuyPower forum from 2008 where iBuyPower says there are not affiliated with CyberPower at all however. 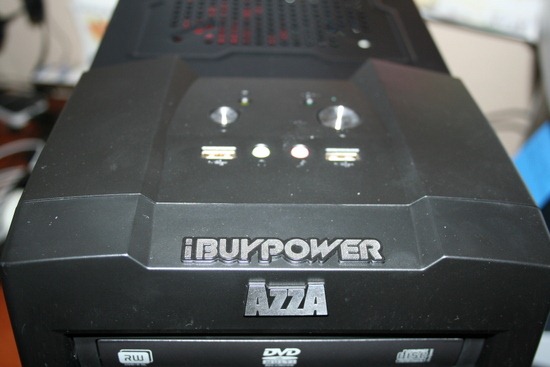 In the end I opted for a customized gaming pc from iBuyPower and I listed my gaming pc specs on my personal blog. In summary it  is an Intel Core i7-2600k with Asus P8P67 motherboard, 8GB of ram, 1TB Hard drive and 2GB Geforce GTX 560 video card.

Like it or not gaming desktops are far cheaper than the gaming laptop equivalents and you spend about 1/2 as much for just as much power when buying a desktop PC.  So this ruled out me choosing a laptop or gaming notebook when researching gaming computer reviews to find out what system would be the best bang for the buck price point.

I had read all about the overclocking potential of the Core-i7 2600K and wanted in on that action so I liked that iBuyPower included liquid cpu cooling by default on all machines.  When I got the machine I was very happy with how it arrived, my iBuyPower Gamer Paladin D817 was perfectly packaged with foam inside the case to keep all cards intact.  iBuyPower tests and certifies every part before they ship so you know you only get a working system. 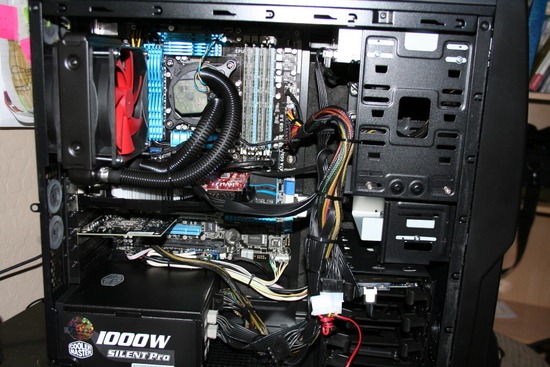 I had read reviews that concerned me and I wondered how iBuyPower could sell their systems so cheap when the nearest equivalent was over $500 more from the major CPU retailers I compared. I also parted out every single item on Amazon.com and NewEgg and found it would have only been $100 less if I ordered every single part separately and built the machine myself.  The hours I would have wasted putting it all together was something I could have afforded a decade ago when I didn’t have two kids, a full time job and a blogging hobby so I realized having a system prebuilt was the only way to go. 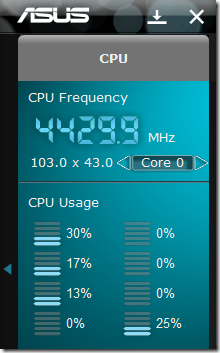 The system just screams along at an incredible pace compared to my former AMD Athlon X2 and with the Asus AI Suite II I succesfully and overclocked my CPU to a stable 4.4 ghz.

I was able to encode audacity recordings in 1/10th the time as well as actually convert movies to other formats so much faster than with my old system.

I haven’t even had a chance to install some of the latest games yet as my system is only about 10 days old but I can tell you that I am so very impressed by the price performance ratio I have in this machine I became an instant iBuyPower fan after buying it.

This was my first iBuyPower system I had ever purchased having only owned Dell, Toshiba, HP, Sony, Acer, Gateway and Compaq systems previously.  All my own PC’s previously had been hand built from individual components, but I must say because I am so impressed with this system I will likely buy an iBuyPower laptop for my son in the near future when I can save up to get him a newer gaming laptop. 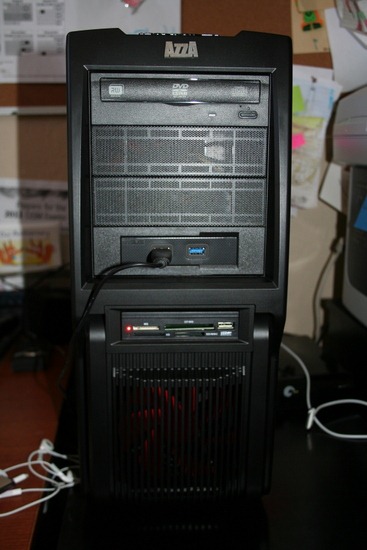 This system will keep me satisfied for at least a few  years now, and I have plenty of room to add more RAM, or replace my GTX 560 with a 590 or better video card in the future.  As my system is USB 3.0, SATA 3 I can also throw in a large SSD drive in the future for better disk performance at some point.

I am tremendously happy and impressed with my iBuyPower system and I haven’t even had a chance to play anything but Warcraft III, Starcraft 2 and Runes of Magic on it.  All 3 by the way I can play with maximum graphics settings without any lag or performance issues though these games don’t exactly push the bar when it comes to PC graphics.  On a shopping front, I was also surprised to find they have so many great pre-packaged systems you can buy from Amazon.com without any hassle, just click and wait for it to arrive.

One other note, as I was sitting at the iBuyPower checkout screen I did a search on Google for ibuypower coupons and was able to find a coupon that took 5% the purchase order immediately.  The coupon code I used was so simplistic and is just “ibuypower” which gives you 5% off any custom computer bought directly from iBuyPower that costs $999 or more.

Who else bought from iBuyPower and do you like your system or have you had issues?  What companies have you bought from and endorse or dislike from your previous experiences?