3D computer animation is making a big impact in the animation industry. Realism is the key for the rising demand of 3D animation. It is a challenging technology for prospective artists and for professional animators alike to develop new editions and versions of the existing 3D animation programs. The frames of the models and the shots are sometimes simple, but the motion or the movements of the characters is where the creativity and skills of the animator comes in. 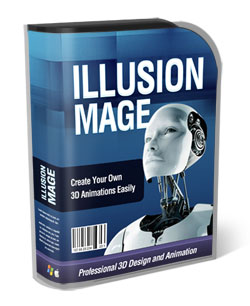 In 3D computer animation, visual styling is one of the categories that need to be considered. It is not just how the objects being animated are going to look but it also focuses on how the images are going to be rendered, as well as the methods to be used for animation. It is about the complexity of the process. The production of the object must be capable being done within the limits of the work. Blending the motion of the characters is possible to achieve with the use of many new sources, provided that the movements of the cartoon is realistic. Planning and putting guidelines before the actual production of the picture must be done. Directing the movements of the character must be done by actual people who are experts in taking shots of any characters motion. Cinematography is also a vital element of animation since the animators have the power to control the position and the movement of the camera when doing a computer animated picture.

In the actual story, the sequence of the drawn images and the applied lighting has a big impact. These aspects of the process are done during the planning stage and the formation of the three dimensional characters. Facial animation is now more prioritized than in the past when it comes to 3D computer animation. Even the slow blinking of the eyes and the movements of the eyeballs are now given detailed attention. Facial manipulation level and the methods on how it will be done will give each character a good effect and style.

If you are planning to enroll in animation schools and you are interested to become an animator, try to do some early work on 3D animation programs to practice your skills. Whichever field you are leaning to, and whatever direction you would like to go in the field of animation, it is still better to have an idea on how have the basic skills in 3D computer animation. 3D computer animation is considered one of the most popular types of animation today. It includes making films, video games, and animated characters. Entering an animation school is the best way to improve your potentials and to learn everything about three dimensional computer animations. It will surely help you in deciding what career in the field of animation to take.

3D Animation software like Illusion Mage can help you gain the experience you need and the software is easy to learn and allows you to create high quality animation at a fraction of the cost of some other animation studio software programs.