I had an opportunity to test out a special USB cable. I have used a few like it, but not one as nice and easy as this one. 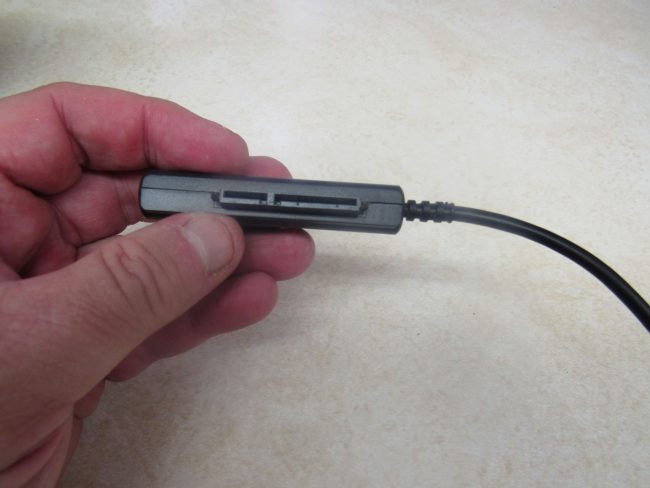 One of the issues many of us have is storage space. Our phones and tablets can only handle so much, and even with great advances in technology, there seems to be a cap in place right now. So, how do you handle this issue? For me, it would be taking a SATA hard drive and carry it around with me, but that’s kind of bulky and not very convenient. Today however, many SATA Hard Drives are now small enough that they can fit into your shirt pocket. The problem has been in the hardware needed to connect them to the computer or device. 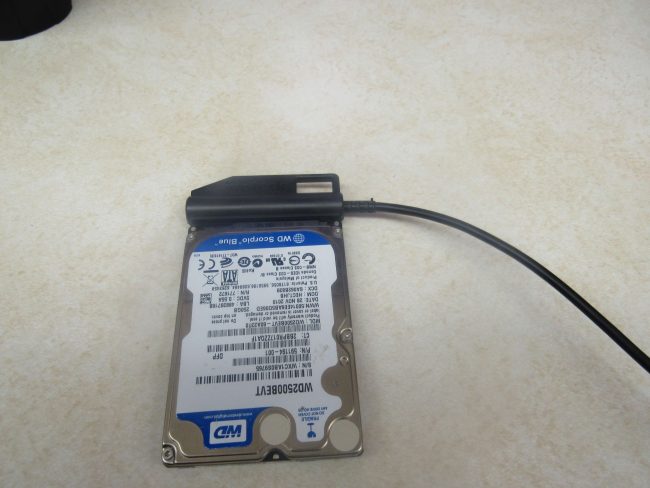 I bought one that was bulky and failed to stay connected to the drive. What’s more, it was in 3 separate pieces and one broke the first time I tried to use it. The other was in the form of a hard drive enclosure which was awesome except when I might want to carry more than one drive around with me. I would need several enclosures to satisfy my needs, or spend the time removing the case screws, then unscrewing the drive from the included board, then putting the screws inside the case, and screwing the case shut to avoid losing the other screws. Doable, but a big hassle.

When Inateck sent me their USB cable UA1003, I felt that something was missing. Surely this was not all there was to it. A single cable with no additional hardware, but when I put it to use, I was amazed. I simply clipped one end to the drive, and plugged the other into my laptop. If I had a full sized USB connection on my Android tablet, I could have connected it there as well, and with an adapter, many phones would accept the drive being plugged into them as well. 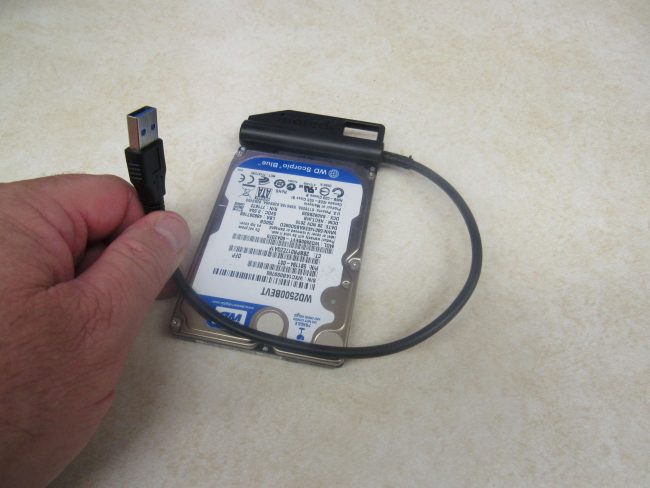 If I have data on different hard drives to be used for varying purposes, I can easily switch between drives. It is truly just that simple. One word. Some drives require, because of size and other issues, a separate power connection. This must be considered on your end before using a cable like this. I have small hard drives that go in older lap tops that will work great, but were I to try say a 5TB drive, one that already requires a separate power supply to run it, I would not be able to use it with this device.

Disclaimer: Inateck provided me with the SATA USB Hard Drive Cable so I could do a showcase and share thoughts on the product. All opinions are 100% mine and mine alone. For more information visit http://bit.ly/dbdisclose