So the Infinitton Smart Screen keyboard is most comparable to the Elgato Stream Deck in that it is a USB device that you plug in and you can leverage it to give you completely custom keys that can be configured to do just about anything you want on your PC.  If you have a mechanical keyboard or just a regular keyboard that does not have any spare macro keys or not enough this can be an excellent accessory device to give you extra buttons at your fingertips.  This is the review of the Infinitton Smart Screen Keyboard.

The keyboard box contains only the keyboard and a card.  But that is all you need, you have to download the ISE Application from Infinitton to configure the Smart Screen Keyboard. 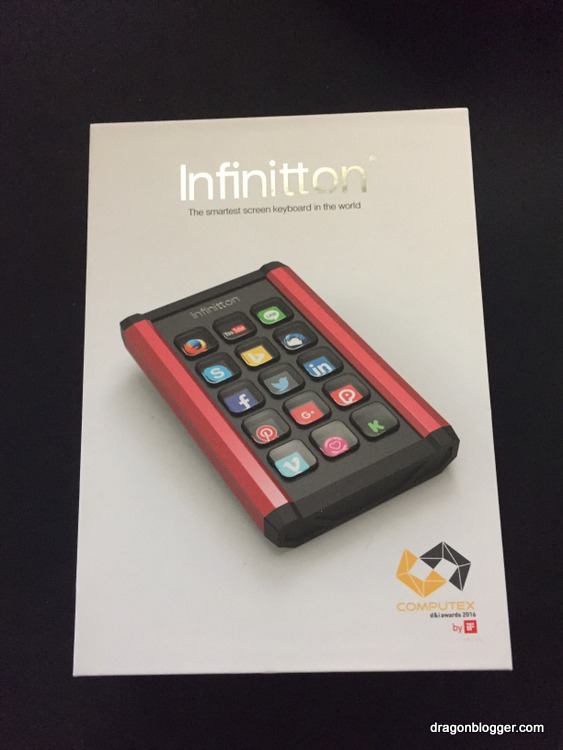 Now by default the Infinitton smart screen keyboard will come with default buttons showing you what it can do including a forward, back, IE button and some media buttons. 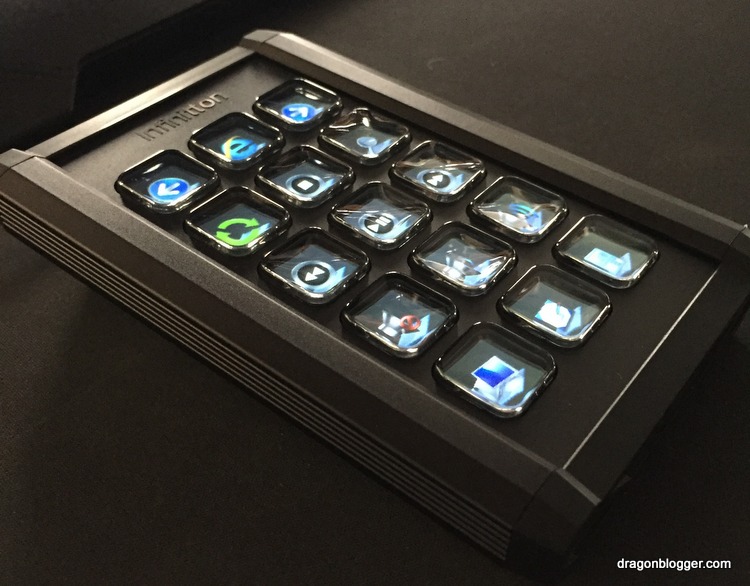 From the side profile the smart screen keyboard stands about as high on the desk as a thick keyboard making it fairly in line with a keyboard and it is ideally placed on the opposite side of the keyboard to where your mouse pad is. 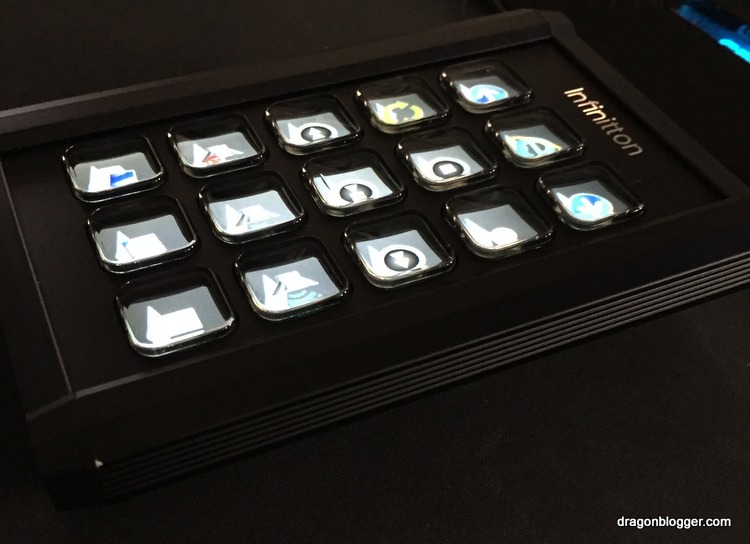 I started using the software to upload custom buttons which you can make out of any image, and the moment you upload and select a button in the software it will display that button on the Smart Screen keypad. 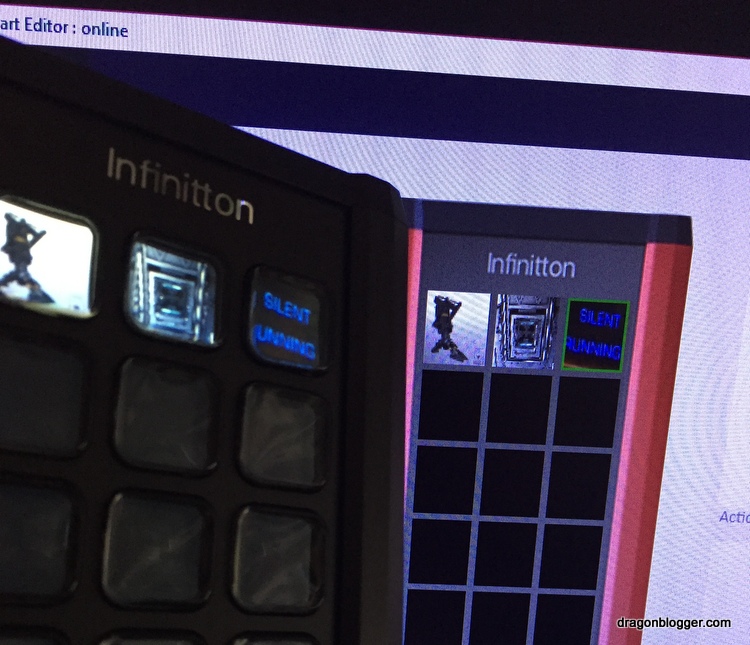 As mentioned with the software you can configure any button to act as any key or combination of keys on the keyboard, like CTRL-F12, or simply a series of keys.  You can even program macro’s so that a single button can perform a series of keys in a row. 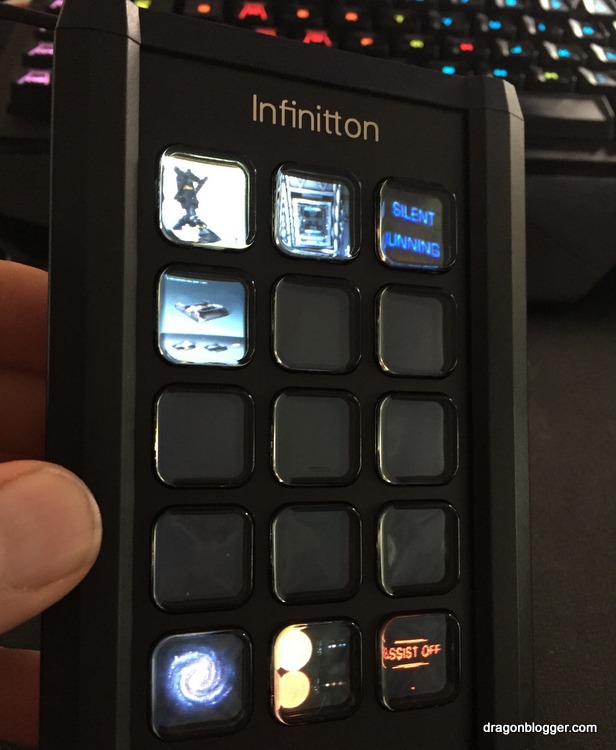 I wound up testing out an array of special custom logos/icons and images for the various buttons.  Each button feels a bit soft to the press, there isn’t a click or resounding response feedback like on a mechanical keyboard, but every press registers.  You have a lot of flexibility in configuring buttons to open programs (some just selecting) others you have to teach it to learn which program to open by selecting the full path and file to open. 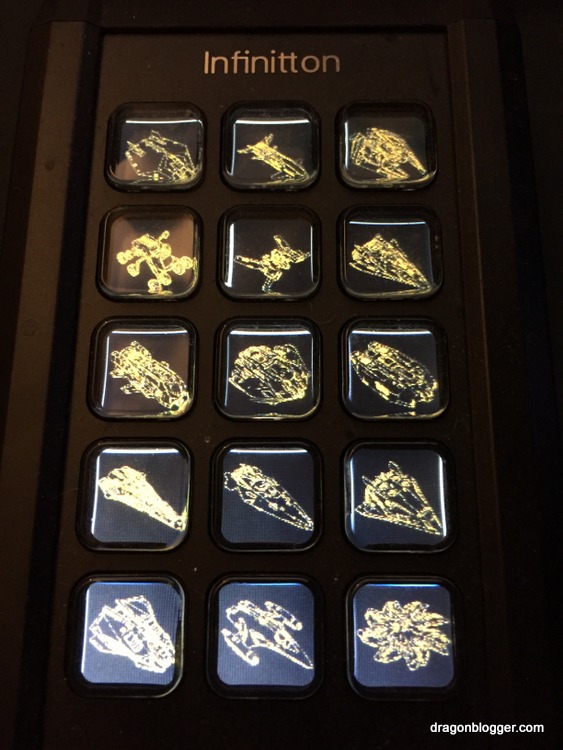 For around the same price as the Elgato Stream deck though there is something about the Infinitton pad that doesn’t seem as native, it doesn’t have native integration into streaming services that would allow you to one button stream/stop and the tie in to Twitch and other services that the Elgato Stream Deck has built into it’s software and it is much faster to configure those functions with the Elgato Stream deck.  It also is only flat having no ability to give you an angled keypad (thought I don’t know why you would use it) it is nice that it is offered by the Elgato Stream deck.  The Infinitton smart keypad is absolutely ideal if you play games that use far more than the standard 1234, QWER, ASDF, ZXCV buttons which are common in a lot of MOBA games.  If you have to find keys with your right hand and take them off your mouse, that is where you are better serviced with the Infinitton stream deck and I really enjoyed using it more with Elite: Dangerous than anything else.  But, I also have a Logitech G910 Orion Spark keyboard and it has 9 G keys though only 5 are easily accessible with  my pinky, so if you have a keyboard with extra macro gaming keys, then this isn’t going to be hugely advantageous unless you really like the idea of creating custom full color buttons for your various game keys.

I do think at $149.00 the price is a bit high, it was a much better deal when you could get it for $119.99 as a Kickstarter, the price is the same as the Elgato Stream Deck but I also think that product is a bit on the high niche price side.  Ultimately I would like to see the price of this be around the $99.99 mark to make it a better value, since for less than this price you can just buy yourself a high end mechanical keyboard like the G910 Orion Spark from Logitech which gives you the extra keys (with multimedia, volume control slider and more).

I still give it a 4 out of 5 for its style, comfort, color though it would be rated higher if it had more native support for allowing you to just pick a running process and set a priority to flip profile based on detected running process with the highest priority.  Also having some native Twitch, YouTube streaming options as profile configurations would be a nice touch the software should have tighter integration into streaming services directly via it’s software rather than you just configure to act as hotkeys for your existing streaming software like Shadowplay, Open Broadcast Software or whatever.