If you enjoy Action RPG games in the style of Dungeon Siege or Diablo and have an iPad then you can’t go wrong with Dungeon Hunter 2 which is one of the highest quality Action RPG games I have played and the fact that you can find this high quality of a game for the iPad is incredible. The game has all of the features you would want from a Diablo type game including dozens of unique weapon, armor, ring and shield combinations which compliment your abilities and skills. 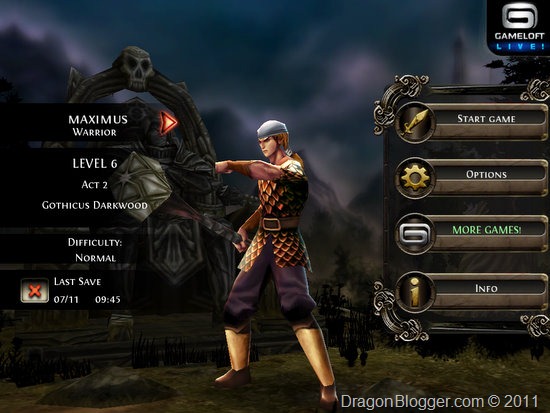 The game allows you to be one of 3 classes including a Warrior, Wizard or a Monk which kind of mixes both worlds. I chose to create a warrior figuring I would hack and slash my way with style and you start out with a brief story line about two twin brothers, one imprisoned (your character) and the other ruling and corrupted to evil. The story line is fairly generic and nothing special about the initial quests which all involve “kill X number of this” or “go here” type of missions. 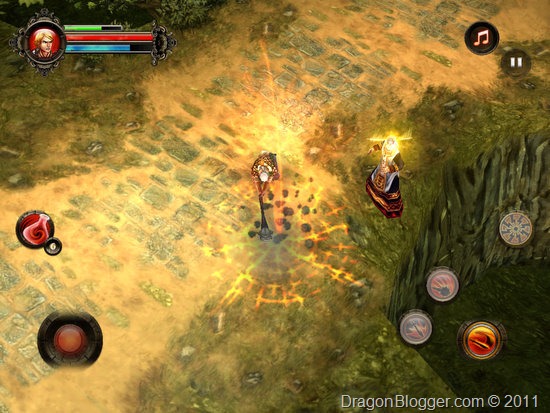 The game however is still very fun to play and there is no auto combat, you need to tap to make each attack and you can either control your characters movement with a little stick on the left of the screen or change the control method to click anywhere to move your character to that location. 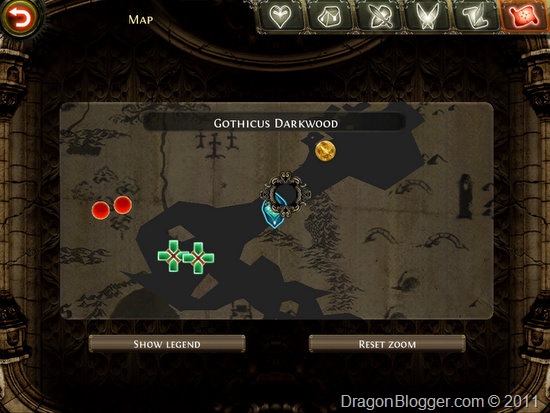 I found moving with the stick with my left index finger while using my right index finger for attacks and special abilities was the most comfortable configuration. I also enjoyed the various equipment that dropped as well as appreciated the auto-equip which ensures the most powerful of each item is selected and equipped instantly which saves you time and from having to read the description and item stats from each item. 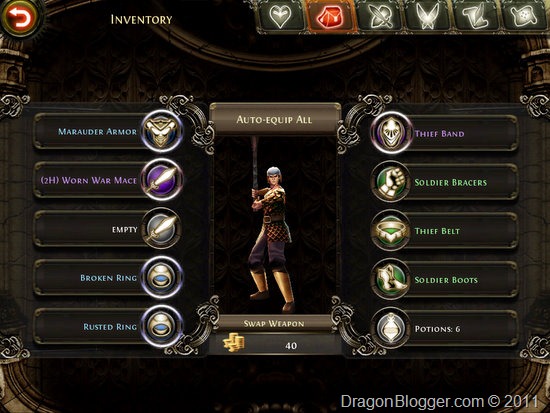 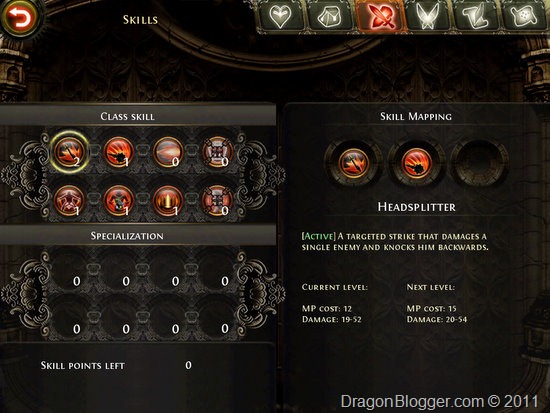 Overall if you are a fan of Dungeon Siege, Diablo, Sacred 2 and other types of Action RPG games where there is lots of fighting, exploring and collecting various armor and weapons with various abilities and benefits then Dungeon Hunter 2 is a good choice for the iPad and won’t disappoint.

Download Dungeon Hunter 2 from the iTunes store now and start getting into some adventure.