If you’ve never used either an iPhone or an android phone, you may think that the battle between the two handset types is all about personal preference. While each handset does have its own unique look and user style, there are also more tangible ways to compare the two handsets, as there are a number of things the iPhone does better than its android competitors.

Media on the iPhone far surpasses the capabilities of the android phones and with an iPhone you will be getting: 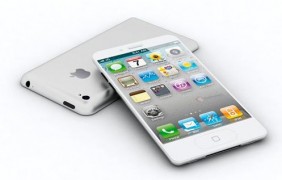 Over the life of your iPhone handset Apple are likely to release new versions of their operating system and you don’t have to upgrade your handset to upgrade to the latest system. However, with the android phones, when a new operating system is released and users upgrade, users experience fragmentation of their features and availability.

Instead, when you buy a new iPhone you know you’ll be able to upgrade to the newest operating system for free when it comes out, and you won’t have to jail break your handset or worry about any disparity. However, android phone manufacturers are not required to promise their users any further updates, even when they do promise an update they don’t always deliver as was the case with the Samsung and the Behold II so there is no guarantee an android phone will ever receive an official update.

3 – A more intuitive system to use

The iPhone has cornered the market in usability and intuitiveness and the ease of use is one of the first things you will notice if you switch from an android to an iPhone. With an iPhone you can easily:

Android phones have a specific American focus which is evidenced in the small number of languages supported by the phones. The iPhone supports many more languages and includes specific input methods to suit the people who speak those languages. For example the iPhone has Kana and handwriting input for Japanese users and handwriting for Chinese too.

The iPhone system also has a number of features for those who have bad eye sight. For example you can use a three finger tap and drag, or zoom in on any part of the iPhone operating system. You can also invert the screen for black on white reading, which is done with a simple toggle by triple clicking the home button.

The app store has both a greater quantity and greater quality of apps than android users have access to and because the iPhones use just one operating system, developers only have to build one version of their apps. The iPhone platform is convenient to use from a developer’s perspective and because it is cheaper to develop an app for the iPhone than it is for an android many new apps will come to the iPhone first – if they ever make it android at all. Plus, because the Apple assessment process for new apps is so strict, you’re getting a better quality of app.

The quality of the android apps can’t compete with those in the app store either. Android developers just don’t have the same incentives to make good quality, good looking apps, firstly because of the economy of the app store versus the android marketplace. The app store is a much more lucrative system to work within because of the number of users who are actively purchasing apps, and the greater number of iPhones and Apple devices around the world. However, android users expect their apps to be free and are less likely to pay.

It’s also harder to get the same level of quality in an android app as you see in an iPhone app because Apple holds its own design awards every year and there is a huge incentive for the developers to design the best possible app in the hopes that it will be featured in these awards. The awards are highly publicized and winning apps garner phenomenal recognition for their developers and their company.

Alban is a technology enthusiast with a strong passion for mobile phones.