Larkspur, Calif. (August 31, 2020) – Deep Silver and KING Art Games today released a new Iron Harvest video introducing further details on the thrilling story campaigns. The focus of today’s video is the Republic of Polania – an agricultural state that finds itself between the hammer and pulpit when Rusviet and Saxony mobilize their armies. Fighting for their freedom, Polania’s troops rally around protagonist Anna and her bear Wojtek to gather the limited resources they have and defend their freedom.

In addition to today’s trailer, KING Art Games and Deep Silver would like to congratulate the first ever Iron Harvest e-sport tournament winner: Wellplayed_TV from Russia. View their profile here: https://twitch.tv/wellplayedtv/profile.

Reflecting on an exciting weekend of intense matches, down-to-the-wire victories and thrilling diesel-punk strategy action, both KING Art Games and the ESL are currently evaluating future opportunities to continue competitive esport support for Iron Harvest’s official Seasons. Season One officially begins when the game launches on Sept. 1, and will feature a new Season bracket, new PvP maps and challenges, as well as unique cosmetic bonuses to unlock. 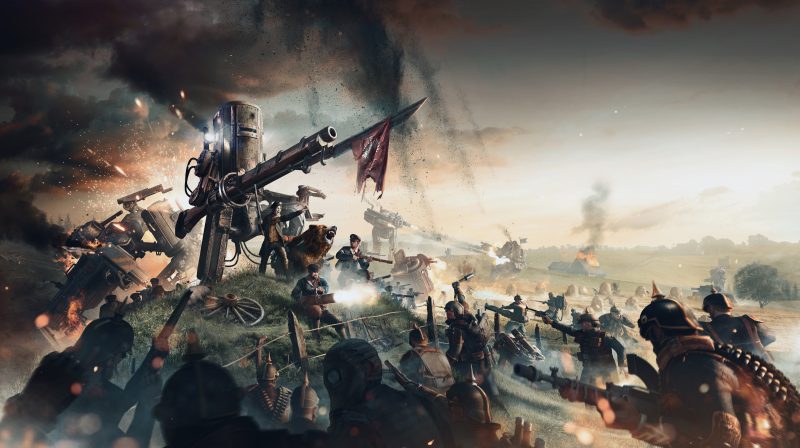 At the dawn of the 20th century, shortly after the end of World War I, the world is full of secrets and mysteries, of opportunities and challenges. Tradition clashes with scientific and technological progress while Europe is still recovering from the brutal battles of the World War. Iron Harvest is a real-time strategy game (RTS) set in the alternate reality fiction of “1920+”, which is set after the events of the first World War. To create the perfect RTS-experience the team has been working in close cooperation with global RTS-fans ever since the highly successful Kickstarter campaign.

KING Art is an independent game developer with years of experience in creating high-quality games for all major platforms. More than 40 employees across several teams are located at the offices in Bremen, Germany and work with about as many freelancers around the globe. Founded in 2000, KING Art has since released more than 50 titles in different genres, with a focus on narrative games, RPGs and strategy games. The company and its games have received multiple prestigious awards, including Best Strategy Game and Best Development Studio.

KING Art is a licensed developer for Microsoft, Sony and Nintendo platforms and member of Verband der deutschen Games-Branche (GAME) and bremen digitalmedia.

Koch Media is a global developer, publisher and distributor of computer and videogames, gaming hardware and merchandise.

The company’s publishing activities, marketing and distribution extend throughout Europe, America and Australia. Koch Media has more than 25 years of experience in the digital media business and has risen to become a leading games publishing partner. Koch Media runs a multi-label strategy with fully owned content providers, including the labels Deep Silver, Milestone and Ravenscourt which publish games for consoles and PC across all physical and digital channels.