iRulu is releasing their brand new V3 Smartphone and we will be getting one to review but as the phone isn’t released yet, they want to launch a giveaway giving 1 or more lucky readers the chance to win their flagship smartphone just as it launches in a few weeks.  This is your chance to win the iRulu V3 Smartphone which I should say is more like a Phablet being that it has a 6.5″ in screen size and falls more under a 4G Phablet than a traditional smartphone.  You really have no reason to have both a 7″Android Tablet and a Smartphone separately if you have one of these phones, so it is a good consolidator choice if you want to cut back on the number of mobile gadgets you want to carry around as well. 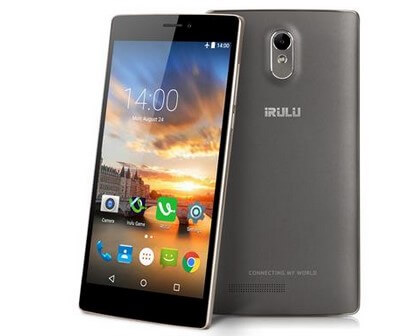 With the iRulu V3 you get DUAL SIM cards as well and it has frequency range support for almost all Wireless telecom providers, giving you the flexibility to even use it for global travel too and seamlessly switch between carrier networks.