The advanced technology phenomenon called virtual reality, a computer-generated 3-dimensional environment simulation open for exploration and interaction, doesn’t seem to lose its popularity. It was first presented in the late 1960s in the form of its head-mounted display (HMD) forerunner. Today, VR has proven to be useful in many different fields, from the most expected ones (3D cinema and gaming field), to the ones that use it in a way that could once be imagined only in the worlds of Sci-Fi novels and movies. 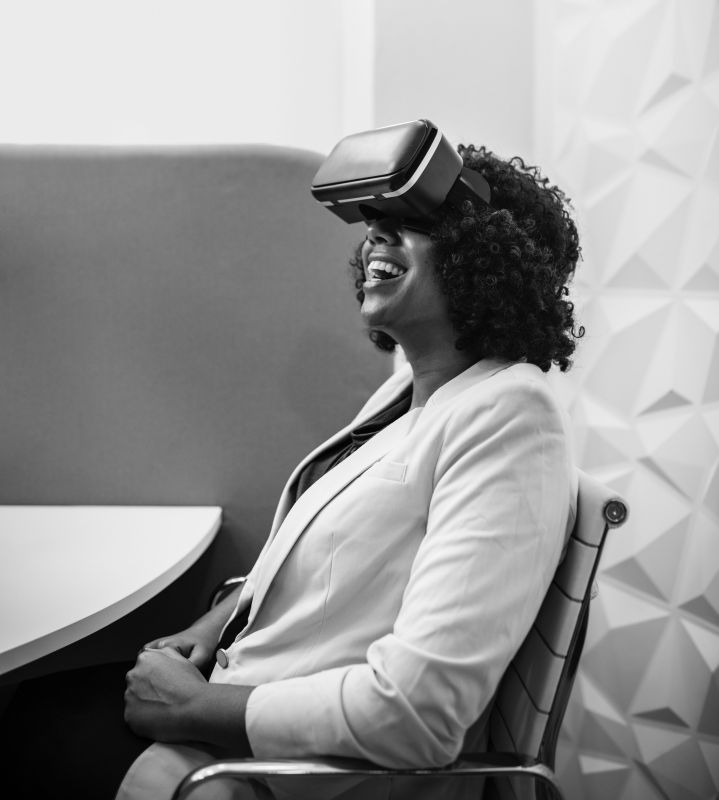 The power of virtual reality

VR has proven to be a convenient gadget that can be successfully used in education, medicine, robotics, industrial design and architecture, and even social sciences and psychology. In the rehabilitation field, VR seems to do quite a job as well. A group of authors concluded that “Despite significant differences in terms of the protocol used and outcomes evaluation, all studies demonstrated that virtual reality-based rehabilitation strategies had a positive effect and were seemingly well tolerated. (….) Thus, virtual reality-based rehabilitation represents a potentially promising new avenue to reduce the costs of peripheral vestibular disorders rehabilitation.”

How does VR affect our balance and sense of environment?

Although VR is obviously capable of bringing many benefits to mankind, there is a growing concern about the negative health implications.

Our balance enables us to distribute our weight evenly, keeping us upright and steady. To achieve the balance it needs to stand, sit, and walk upright, our body must attain a delicate combination of “sensory input from vision (sight), proprioception (touch), and the vestibular system (motion, equilibrium, spatial orientation); integration of that sensory input; and motor output to the eye and body muscles.”

How does the VR come in, and what does it do to our inner balance? Some researches claim that VR experience can leave a user feeling the symptoms of VR sickness because of the discrepancy created between what the eyes can see, and what our inner ear can “feel.” Whenever a VR set user moves their head, the virtual reality quickly adapts creating the impression of a real 3D space, which seems to “fool” the eyes well (or at least well enough). However, it‘s a lot harder to trick the delicate combination of sensors that create our sense of stability. Recognizing the disagreement between what vision reports and what all the other sensory systems indicate leads to experiencing VR sickness symptoms in some of the VR set users.

According to the related article on Wikipedia, most virtual reality systems come with consumer warnings, including: seizures; developmental issues in children; trip-and-fall and collision warnings; discomfort; repetitive stress injury; and interference with medical devices. The term virtual reality sickness (or cybersickness) was introduced to present the VR-induced symptoms similar to the ones of motion sickness, including “general discomfort, headache, stomach awareness, nausea, vomiting, pallor, sweating, fatigue, drowsiness, disorientation, and apathy“.

Additionally, a lot was written lately about VR possibly lowering sense of presence in objective reality, causing the feeling of detachment and even depression upon coming back from virtual reality to the “real world.“ Alyssa Smith-Jones, an accredited author from ProEssayWriting, suggests that such detachment might not occur merely as a result of a changed visual setting, but also as “a result of losing real human connection.“ MyAssignmentWriting associate writer Fred Wilson proposes a similar theory: “Human communication is fascinating. The lack of it in the world of VR might prove to have consequences we can‘t entirely grasp yet.“

VR vs. the vestibular system: Indications or proven facts?

Up until this point in human history, VR has been both praised as a technological wonder and looked onto as an instrument that will separate us from one another, having negative consequences on our sensory systems and functions along the way. Studies created around VR have so far managed to prove its utility in many fields, but also raise serious concerns about its effects to our brain as well.

Given what we know about VR so far, it seems that more time and VR usage will be needed to provide a more solid ground for additional research on the matter. Just as it was traditionally the case with every new piece of technology that came along, it seems that VR is a tool can be extremely useful if handled with care, and cause troubles if it’s misused, or abused. What will the final verdict be? It seems that only time can tell.

Terence Murray is an editor and content-maker. He is fond of old-school music and meeting new people with common interests. He always gets inspired by writing.