I remember like it was just yesterday, my first car from 1999 was bought for 1500 dollars and had everything a 17 year old needed. Four wheel drive (check), four doors (check), small engine (check), aux jack to blast some music… (NOPE).

I didn’t have much money to invest to bring my car to the shop to have an aftermarket radio installed, neither did I have skills or confidence to do it myself. This lead me down a road to seek CHEAP alternatives to see how this situation can be turn positive.

After going through Walmart and BestBuy to seek a solution and coming up with nothing, the internet was my option of last resort. Going online and see what others did to get around this issue, a few people mentioned two methods with different levels of difficulty. Method one was the best but cost me around 40 dollars at the time. Method two was more difficulty but would cost me less than 10 dollars if I did my shopping right. Method three is just as good as method one, costing around the same amount of money (more or less). Below, I’ll get into detail of what each method was and which one I decided to go with. 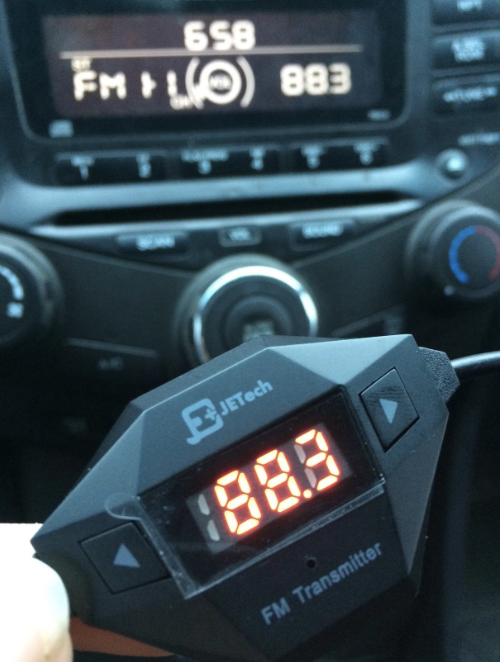 If there was an EASIER way to listen to music wirelessly in any automobile (as long as it has an FM radio), I have not heard of it. Without a doubt in my mind, buying an fm transmitter saves you so much headache. Not only are these much cheaper than having an aftermarket radio installed, you can even get more people impressed when they see the automobile has a FACTORY radio.

Usually the first impressive people have when the factory radio has been replaced is, “there must of been a young driver”. As a result, people would assume that the car was driven rather aggressively.

Whether you think of that or not, I’m saying this only because that was impressive for a long time along with many of my friends who thought the same thing.

Getting a transmitter isn’t expensive, and it’s also not difficulty. For the most part, they tend to have the same features. What you should look for is:

When you find one that meets all those criteria, you should be good to go because a wide majority come with these things as standard.

In a nutshell, if you can spend 15-30 dollars (which most should be able to)… this would be your best option. By far, the easiest methods I can think of with being able to listen music wirelessly being the main benefit.

Now when it comes to this second option, it would take some creativity and a few tools which you should be able to find on your home. Using a source like YouTube to find the right video that shows you how to remove your OEM radio, once you get into the back there’s a few things you should look for.

Look for an existing AUX port that was not used. This can come to a surprise for some but some radios don’t have any kind of clear sign that there is an option for an AUX option. However once you get in the back of the radio, there could be an unused aux port that you easily take advantage of by using a long aux cord.

This could end up costing you zero dollars if you have a spare aux cable and you find an aux port in the back of your factory radio.

It isn’t very likely that your automobile (even old ones of a few decades) had no aux input AND no cassette player. But if you do have a cassette player, you are golden my friend. 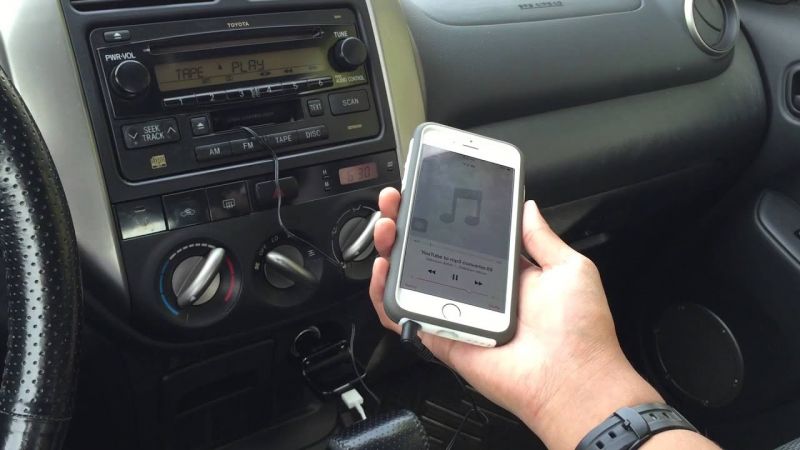 You can buy a cassette player adapter from many places for around 10 to 15 dollars. While the quality of the aux cord may vary, they all work about the same way. The benefits you’ll experience from using this method is there will be absolutely no static noise (as long as you are not charging your music player at the same time).

So What’s the Verdict?

Everything mentioned above costs almost nothing to do, but after reading this you may opt out and get an aftermarket radio after all. If that is going to be the case, get a good one!