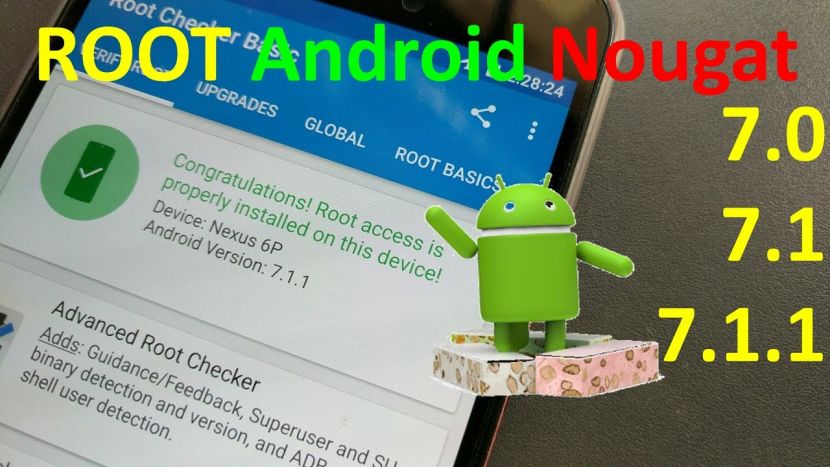 KingoRoot should be the first choice for every Android phone user in order to root their device; KingoRoot APK version is the most reliable and easy to perform the method to root any Android smartphone. The user doesn’t have to connect it with PC, even a person who doesn’t use to of rooting any sort of device can easily perform the method of rooting.

If a user may find it tough to root its device by using KingoRoot APK version then there is no need to worry, a user can solve their problem by using KingoRoot (PC version). This version is compatible with plenty of android devices and rooting results are very successful.

KingoRoot.apk guides you within 4 easy steps to root Android 7.0/7.1:

A user should download KingoRoot.apk, it is free. Just make a click on “Download Free” user can find downloaded file in their smartphone download files. Downloading will start undoubtedly and a user may find the warning about KingoRoort, the user just has to click on “ok” button in order to proceed further.

This type of file can harm your smartphone, ignore it just make a click “OK” and proceed.

While downloading the KingRoot.apk file user may find problems but a user should proceed with the instructions.

This will help user’s phone to set block installations of apps comes from unknown sources.

Go to the installed blocked settings than in the security then into unknown sources and just check the box user will find “Allow installation of apps from sources other Than play store”  just allow it. Then soon user will find the tag of harmful app go to their settings than through security and go to the verify app after that check it.

Now it is time for a user to tap the icon of the KingRoot, a user also has a stable internet, because while rooting plenty of Kingo files stored in Kingo server. If these Kingo files corrupted due to an unstable internet, then rooting of a user smartphone device remain unsuccessful.

Now the user will find either he has successfully rooted their device or unsuccessfully. There are some possibilities where a user has to perform this method number of times because KingoRoot.apk downloads one file at a time. More than one file at a time creates opposite results.

About the Author: Addison Albert