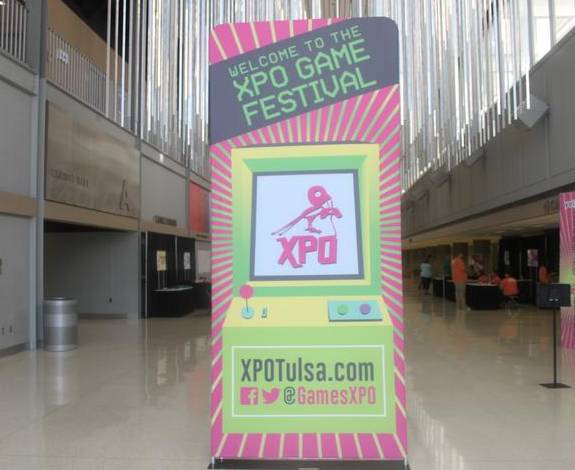 The keynote, entitled “Development & Design,” will focus on development lessons accumulated through trial and error (and a little success). These lessons are intended to help developers and designers avoid the same mistakes and improve the quality of their games. From early foundations in school to managing scope on larger projects, Chris Avellone will run through a variety of topics that can help the workflow of games currently in development.

“I’m really looking forward to XPO,” says Chris Avellone. “I’m happy to have the chance to share what I’ve learned with a new generation of gamers.”

“Having Chris Avellone keynote at this year’s XPO Game Festival is a dream come true for everyone at the show. His unique insights and wealth of experience in both indie and AAA role-playing games will take the event to a whole new level,” adds Matt Stockman, event manager at XPO Game Festival.

XPO Game Festival promises to be bigger and better than ever this year. Following its inaugural event in 2016, XPO boasts a jam-packed weekend where attendees will have opportunities to attend panels, demo games, compete in tournaments, enjoy tabletop games, join cosplay contests, relax in a retro gaming lounge, and more. For more information visit http://xpotulsa.com.

Tickets are available for purchase online through Eventbrite at the following link:

Early Bird Weekend Passes are available for $65 until September 1, 2017. Single Day Passes (Friday, Saturday or Sunday) can be purchased for $35 each. All ages are welcome!

Chris started his escape from reality by freelancing for a number of pen and paper role-playing game companies in high school before Interplay foolishly hired him as a game designer in 1996. He worked on most if not all of Black Isle’s internally developed projects, including Planescape: Torment (Lead Designer), Fallout 2, the whole Icewind Dale series, and Baldur’s Gate: Dark Alliance, and a number of canceled titles that still make him weep, including Baldur’s Gate 3 and Fallout 3. Chris was Lead Designer on Star Wars Knights of the Old Republic II: The Sith Lords, moved on to a Senior Design role on Neverwinter Nights 2 and Mask of the Betrayer, worked briefly as the Creative Lead of the Aliens RPG, and then went on to be lead designer on Alpha Protocol, SEGA’s espionage RPG. He worked on Fallout: New Vegas as a Senior Designer, and went on to be Project Director of most of the Fallout New Vegas DLCs (Dead Money, Old World Blues, and Lonesome Road). Other works include inXile’s Wasteland 2, Pillars of Eternity, the FTL: Advanced Edition, inXile’s Torment: Tides of Numenera, Divinity: Original Sin II with Larian Studios, Planescape: Torment: Enhanced Edition with Beamdog, and Arkane Studios’ Prey. He is currently working on Into the Breach with Subset Games (the makers of FTL) and was part of two successful Kickstarters: the reboot of System Shock with Night Dive Studios, and Pathfinder: Kingmaker with Owlcat Games. He is reported to be friendly, non-toxic – and his mother still doesn’t understand what he does on a daily basis, but he loves her anyway.

Presented by VisitTulsa and the George Kaiser Family Foundation, XPO is a festival for gamers, fans, developers, and game industry leaders. Join thousands of other gamers in Tulsa for a packed expo floor, panels and speakers — and a first look at new gaming technology. For more information on XPO, please visit http://xpotulsa.com.

VisitTulsa, a division of the Tulsa Regional Chamber and Tulsa Regional Tourism, is dedicated to promoting the Tulsa region as a premier destination for global leisure travel and convention business. VisitTulsa partners with area hotels, attractions and restaurants — leading a united effort to draw visitors to the region and grow the economic impact of the tourism industry. For more information on VisitTulsa, please visit http://visittulsa.com.