It is very difficult to effectively market a racing game these days, especially if you want to make it stand out from the crowd when innovation is not its strong point. When you have Ferrari in the title, half of the problem is solved and all that you need to worry about is for the game itself not to fail miserably. Test Drive: Ferrari Racing Legends is not a bad game by any means, but it’s popularity will probably surpass the actual quality of this title. 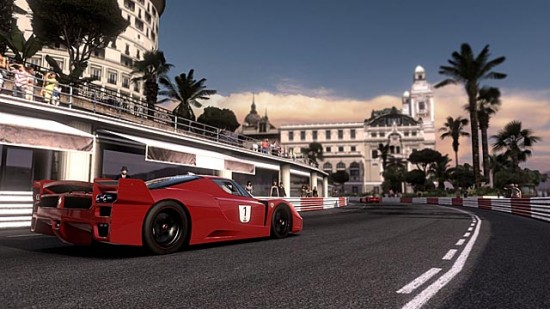 No need for a story when you drive a Ferrari

The fact that the developers are fully aware of how powerful this brand is, becomes clear when we start looking for a coherent single player campaign. Simply put there is no string of missions of challenges that could be compiled into a cohesive narrative and instead we are presented with menu texts than can’t capture the fragrance of an authentic campaign. There are three chapters and the Golden Era is not only the first but also the most enjoyable one, with the Silver and Modern Eras sinking slowly into mediocrity.

It would be unfair to say that the latter eras are nothing more than a nuisance, but players will quickly discover that these two periods are characterized by gratuitous difficulty. Failure is the word that describes best what happens on the track, and players will have to go through a tedious trial and error process if they want to win races. Despite driving their vehicles with skill and having many hours of practice under their belt, positive results will keep evading most drivers. 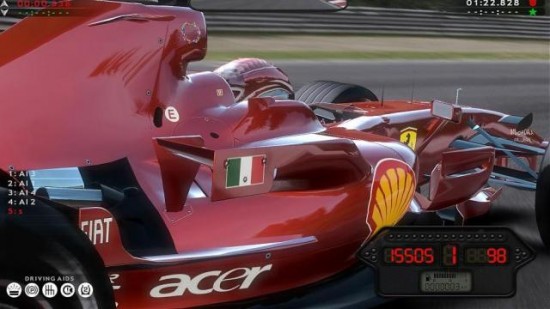 The cars look magnificent and those who love Ferrari and are proud of their impressive history, will spend more time admiring the vehicles than racing. There are over fifty cars waiting to be unlocked, so despite the sheer difficulty of the game, players won’t lack incentives to persevere. You won’t have the chance to get bored with a track, because there are dozens of race events for each era and Test Drive: Ferrari Racing Legends will drag you from one track to another.

The transition between novice and pro modes is brutal and only those who don’t mind suffering a string of defeats before actually winning an event should amp up the difficult level soon. I’m rarely in the mood of facing overwhelming odds, especially when playing racing games but for the sake of a fair review I went the extra mile. Watch the trailer to get the general idea about how this game looks and feels like playing, but don’t expect a joyride because you won’t get one on pro mode. The famous car brand can only carry a game so far and I won’t give Test Drive: Ferrari Racing Legends more than 3 stars out of 5.