Mind mapping and Brain mapping have been the subject of many science fiction and paranoid delusion fantasies. Researchers at Stanford University and Duke University have found a way to make it happen. Our brain consists of billions of individual cells called neurons, which generate electrical bursts as many as 100 times per second or at a frequency of 100 Hz. To get some perspective, the electric supply in the US is at 60 Hz, and 50 Hz in most other countries. This burst of electricity in the nerve cells, is called action potential, and is what leads to thoughts and actions.

Since the brain is working at the scale of 0.01 second, we need to have a system of brain mapping which can keep up. The current monitoring systems are either too slow, or too localized to have an overall picture of the how the mind works.

In the new research study, the scientists have devised a way to get snapshots in real-time at 0.2 milliseconds per image, which is 0.0002 seconds. Thus, it can reveal all the brain activity happening every 0.01 seconds and much more. The resutls of this study were posted on the internet on November 19, 2015.

Instead of using synthetic circuits and wiring to observe neuronal activity, these guys actually used 2 kinds of protein molecules to do the job. One that could quickly detect the changing electrical voltages in various parts of the brain, while the other amplified or magnified the fluctuation, thus making the brain activity detectable. Having these detectors at many different locations enabled them to map most of the brain regions, getting a more holistic picture.

This quick-action protein was actually found in a kind of algae which had been genetically engineered. The light it emitted however was too dim, so they had to look for another protein which was the most fluorescent one available. The job was still not done. These 2 protein molecules had to be connected together in a way that the net operating speed was not reduced.

A fuitfly or Drosophila Melanogaster was used to study brain activity initially. What’s interesting is that the same insect was the first animal used to study genetics! Later mice were used for brain scans as shown above. Its neurons were transmitting voltage fluctuations in a matter of 4 milliseconds or at 250 Hz, and these researchers were fortunate to have a system working 20x times that rate or 5000 Hz. To get some perspective, our eye lashes blink at around 2.5 Hz.
The quick voltage sensing protein absorbs more light when there is a voltage fluctuation, and the light emitted by the fluorescent component becomes dimmer elsewhere. Thus there is a contrast which enables capturing of brain activation states as photographs.
Fortunately, instead of electrodes which need to be connected to wires, the new sensing apparatus operates wirelessly, and was delivered to the brains of mice using a virus carrier and into the brains of fruit flies using genetic alteration. The fruit fly has a lifespan of a few days, so several different generations could be produced for testing in a relative short span of time.

These proteins began to be produced within the brains of mice and fruitflies through genetic expression, and got attached to various parts consisting of neurons. Thus, the scientists could actually see and photograph the voltage changes or brain signals being generated across nerve cells as well in sub-compartments of each cell. 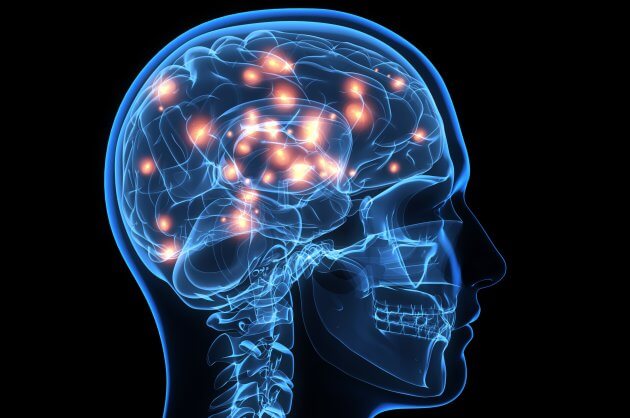 These amazing innovations have been widely applauded in the scientific community and other researchers are also looking forward to replicate the same experiment with other animals, to try and calibrate the sensing apparatus (protein molecules) and actually correlate the thoughts and behavior with these electrical voltage signals. They hope that some day, this technology can be used to cure and modify human thoughts and actions. I hope this doesn’t fall into the wrong hands!

Did you like this article? Let us know in the comments below.