This article is updated regularly. It was last updated in November 2021!

Breaking into the Japanese market is already difficult…if you’re an indie game developer, it’s twice as difficult to gain traction in that market. It’s a good thing there are companies who can help you find your footing in this fully loaded and yet untapped international market.

The companies that we’ll talk about today are translation services, which help companies break into international markets like Japan in this business landscape in 2021. Then we’ll see how the Japanese game landscape is so different from others, and why it’s so difficult to tap into.

The Importance of Translation For Globalization

Translation is the act of transforming a document from one language into another. It is often associated with words and text, rather than with any other form–dealing exclusively with language.

In terms of game development, text is necessary to every game, not just visuals. When looking to market your game in another country, the narration and the dialogue need to be in your target market’s language. Otherwise, you run the risk of not relating to your Japanese audience.

For example, in Japan, there are stringent requirements for words and ideas used in games–so if you’re a US game developer looking to market your game in Japan, you’ll have to accommodate the Japanese language, aspects of Japanese culture, and the rules of the Japanese government to your game. And to do this, you need translation.

You can request all of these from a company. One of the things that these services are good at is adjusting your language to the language of the target market, and their culture and laws too. One translation services company that follows those criteria is Tomedes, which gives the local flavor to your global video game development company. Another company that has varied expertise in gaming in Japan is Gengo. Both of these companies are ranked well on Google for expertise in languages. They both have experts who are skilled in the Japanese language and culture to help with your international and globalization needs.

Since we’re talking about video games here, we’ll be zeroing in on translation. But basically, in whatever form of translation, they all revolve around the fundamental principles of adapting language suitable for the target audience.

A quick Google search on your target market’s preferences, consumer behavior, and market culture won’t cut it. If it was that simple, then translation services in general wouldn’t need to exist at all.

The long and short of it is that there are many complex factors in translation and games that require the assistance of these services. They’ll be involved in nearly, if not all aspects of your development phase.

Why Is the Japanese Video Game Market So Hard to Tap Into? 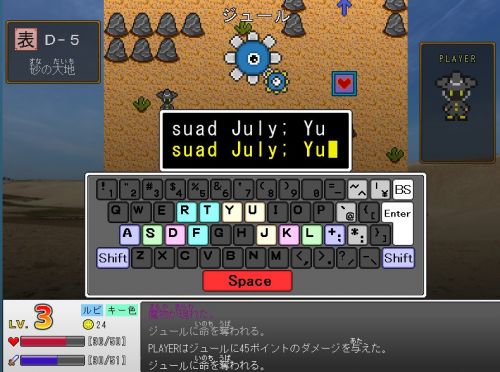 Japan has been and still is one of the major forefronts in video game title development and technology. Recognizable video game companies namely Sony, Nintendo, Sega, and Capcom are all Japanese. They’ve given us timeless titles such as Super Mario Bros., Pokemon, Pac-Man, along with revolutionary consoles such as the NES, Gameboy, and the PlayStation lineup.

1. The Japanese Have Unique Preferences Towards Their Games

Western gamers generally prefer realism and immersive gameplay. But for Japanese gamers, they actually prefer visually abstract characters and in-game environments. You can see this reflect on Japanese cartoons or more specifically, anime. Anime characters are known for their big eyes and unnatural bodies.

If you think about it, this makes total sense. Games such as Super Mario Bros, The Legend of Zelda, and Pac-Man couldn’t have been invented by an American. All in all, the Japanese gamer’s preferred form of realism and immersion is through the game’s story and the believability of its characters no matter how unrealistic they look.

Handheld consoles such as the GameBoy, Nintendo DS, PSP, the more recent Nintendo Switch are all Japanese creations. They were a big hit all over the world with each handheld console selling tens of millions of units each. Among Western gamers, traditional consoles and gaming PCs reign supreme. But in Japan, handheld consoles take up a huge chunk of the Japanese gamer’s preferred gaming platform.

Reason being is that the Japanese prefer to play games when they commute. They also love to link up with other gamers in public places. The demand for on the go games has now expanded to mobile gaming. Unsurprisingly, Japan is one of the most lucrative mobile gaming markets.

3. The Complexity of the Japanese Language and Writing System

We won’t go too in-depth with this since you can dedicate a whole book to it. But generally speaking, Japanese syntax, along with uniquely Japanese concepts make both English to Japanese translation and Japanese to English translation very hard.

Japanese work culture notorious for its bureaucracy. Their almost radical insistence on protocol and formality is enough to drive anyone who doesn’t know what they’re expecting mad. Why this is a problem to any video game developer is that bureaucracy and creativity don’t really mix well.

Hideo Kojima, a beloved video game industry icon known for creating the Metal Gear Solid series famously left his parent company Konami. Kojima left mid-production of Metal Gear Solid V: The Phantom Pain went on to form his own indie game studio Kojima Productions. He actually is not allowed to specify why he left but it is hinted that Konami frequently clashed with Kojima’s eccentric creative vision.

Now that you know how unique and complex it is to get into the Japanese video game market, now it’s time to show you the best way to do it. Keep in mind that these are just general game localization strategies. You can transplant these to any video game market you want.

Since a lot of countries have their own writing system, it’s also important to get the right sizing and layout. For example, Japanese kanji characters are unreadable in small fonts due to their intricate strokes. So it’s better to up-size it for better readability. Another thing with layout is that you also have to consider top-to-bottom and right-to-left script.

With the exception of the U.S., Myanmar, Liberia, everyone else in the world uses the metric system. If you’re want to reach out to the American gaming market, then naturally you should have to convert your units of measurement into the imperial system. In Japan, you have to adjust your games metrics to the metric system, their currency (yen), and their local time zone.

You can create a better immersive experience for your target gamers if you decide to provide multilingual voice-overs and dubbing. But indie game developers don’t have the extra resources to dedicate to extensive translation projects and multilingual voice actors. In that case, you can save more money and free up more time in your localization process by minimizing dubbed audio.

Depending on your game, you can try to incorporate local preferences by adjusting the color scheme for each audience. Some cultures place different meanings to the same color so be sure to include a color scheme that has positive meanings in your target market. This is a good way of making it resonate well with your target audience.

You should also keep mind of local norms. If your game includes cultural, social, political, and even religious references that might attract controversy within your target audience, it’s better to do away with it. Some countries have even gone so far as legally banning specific references. In Germany, it’s illegal for anyone to share in public Nazi-related references such as swastikas.

To ensure that your translated text, local references, and other localized assets of your game are on point, you should hire native video game testers. They’re the right people to tap into since they can give you nuanced critiques and comments on whether or not your game is properly localized.

Now you understand how complex localization can be. That’s why it’s important to have the right people with the right expertise involved. Take a look at this resource that lists 2019’s top 10 localization service providers if you need a head start on which you should reach out to.

Is the Japanese Video Game Market Worth It for Indie Game Developers?: Final Takeaway

While indie games flourish in the Western video game market, it isn’t exactly the same for the  Japanese market. But that has changed recently with more and more Japanese indie game developers coming into the scene. Although the big name Japanese video game companies still have a stronghold over the Japanese gaming industry, there is now a growing space and demand for indie games.

Indeed, the Japanese video game market has indeed lost its dominance in recent decades, but it’s still a healthy and vibrant market nonetheless. As an indie game developer, you can definitely capitalize on the growing trend in both indie games and mobile games.