I was super excited when I had contacted Logitech to see if we can review some products and they agreed to send me the Logitech C920 webcam to review. 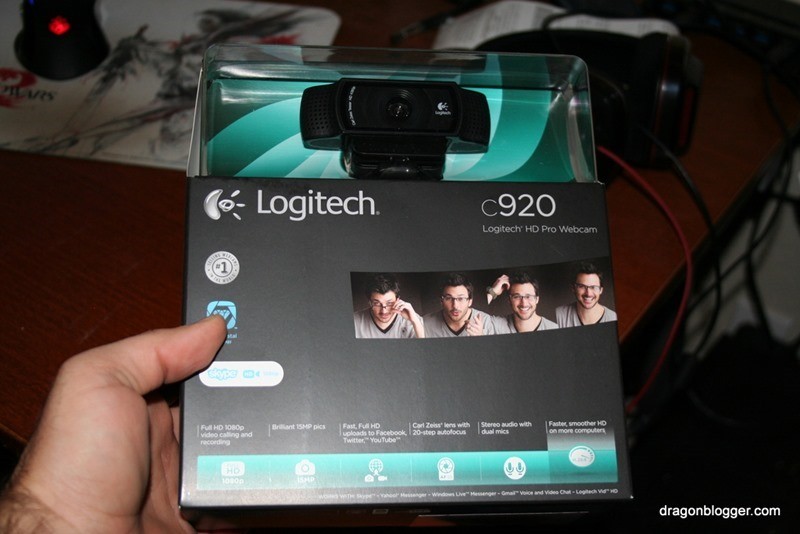 The Logitech C920 can capture 1080p at 30fps and has a true 3MP optical lens but is capable of taking 2MP, 3MP, 6MP, or 15MP image snapshots thanks to its software enhancements which improve it’s optical lens further.

The C920 has a 78 degree field of view, and one of the things I liked most about the Logitech C920 is that it is camera mount compatible, you can simply screw in a tripod mound clip and put it on a tripod next to your setup so you can record more than just your face sitting down in front of a computer. 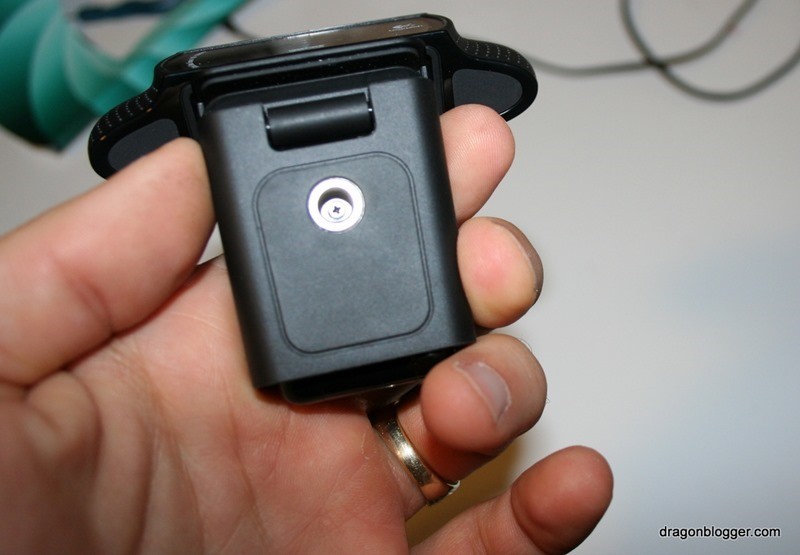 You can use it to replace mini camcorders and the stereo microphones on the Logitech C920 are much better than any microphones you find in a small mini-camcorder or pocket camcorder.  So as long as you want to do video recording within the 6′ USB plug of your computer, you can use the Logitech C920 to do video recordings and not just live web chats. 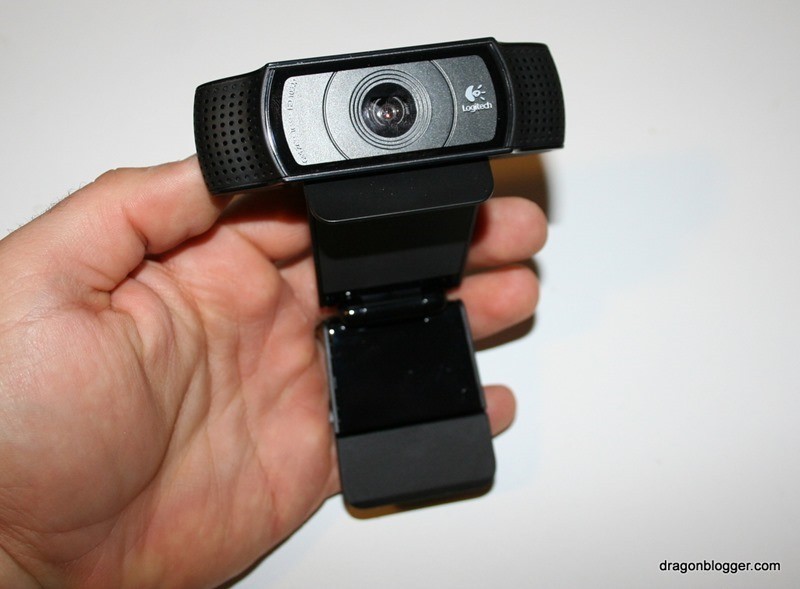 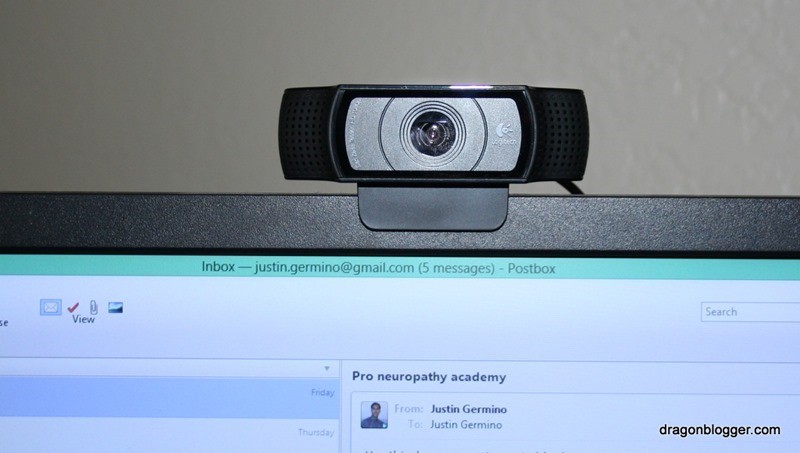 Images taken with the Logitech C920 were as good as you can expect from a webcam and were more than sufficient for creating profile pics, logo’s and to take pictures of anything you were holding. 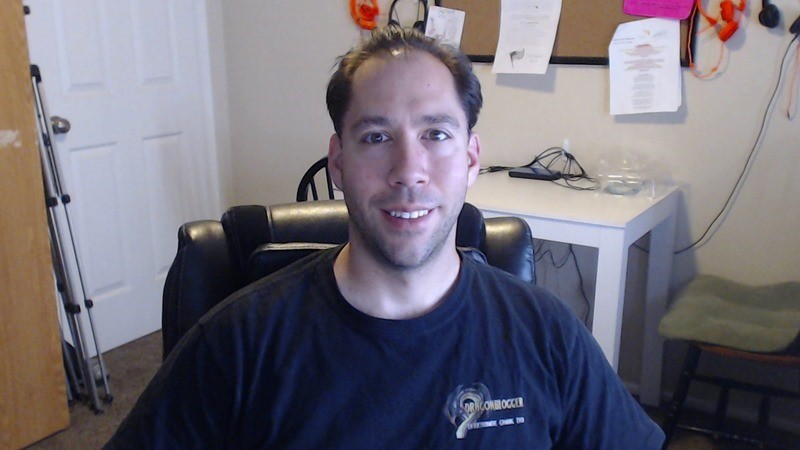 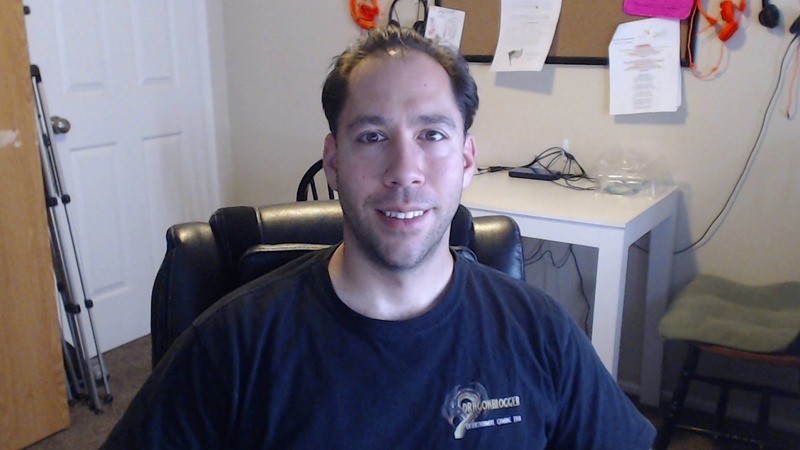 The Logitech Webcam software is sufficient for capturing video and has some nice features to zoom, tilt the camera and even has the ability to do face tracking. 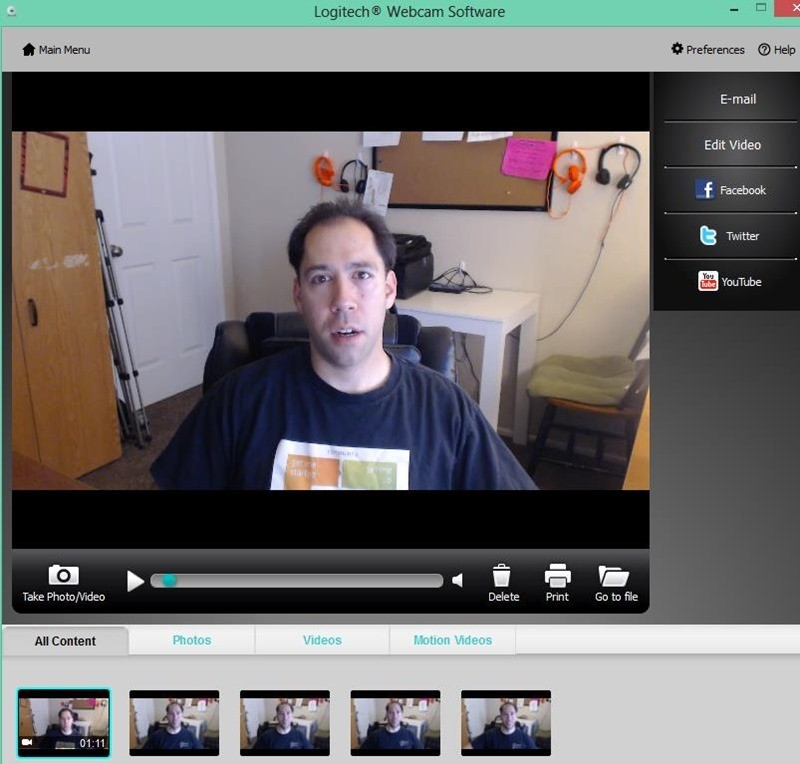 You can also disable auto-focus if it gets too annoying or you move around a bit and set it to macro mode for closer video recording shots.  Sound quality recording is good for a webcam, I did have to turn the microphone up to 85-95% if the webcam is about 24-30″ distant from your mouth, but using simple editing software to clean up the background noise produced clear sound.  It isn’t going to be as good as the Behringer USB mic that I am using, but it is certainly very good for a webcam.

However, this is not a showstopper as you can just record your talking with the Logitech webcam software at the same time as you do your screencast recording, or you can do 2 recordings separately, one for the screencast and one for the webcam portion.  Still I do wish that Camtasia Studio 8 would work with the Logitech C920 webcam for recording and hope that this can be a working enhancement for Camtasia Studio 8.

The C920 webcam is actually the best webcam I have ever used and is better than any of the mini-camcorders I have used for capturing video, stills and for sound.  Though even with it’s strong stereo microphone if it is more than 2′ from your mouth you sound distant, it picks up the voice fair enough and is easy to trim the background noise with an application.  The video recording works well, but I was dismayed that Camtasia Studio 8 is not compatible capturing video from the Logitech C920 and you have to use it’s webcam software or other compatible software. 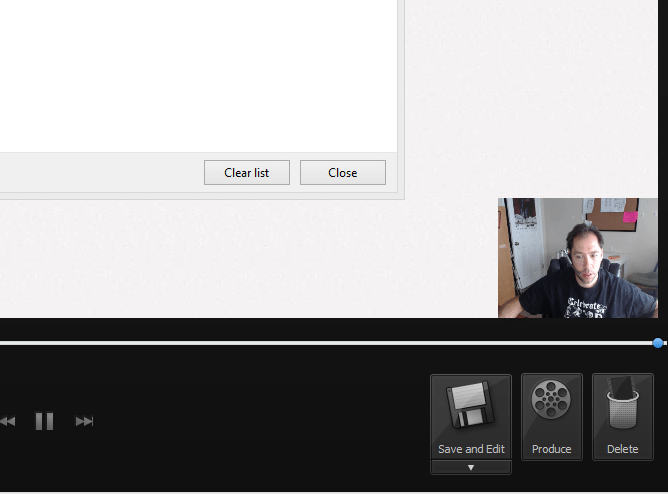 Disclaimer:  Logitech sent me the C920 webcam so I can do a thorough and accurate review of the product.  All opinions are 100% mine and mine alone.