This is a review of the Logitech G910 Orion Spark Gaming keyboard which is a mechanical keyboard using Logitech’s proprietary ROMER-G switches.  This keyboard I wound up buying for myself because I really wanted to see and feel the difference and after trying one out in a Best Buy locally I just had to own one. 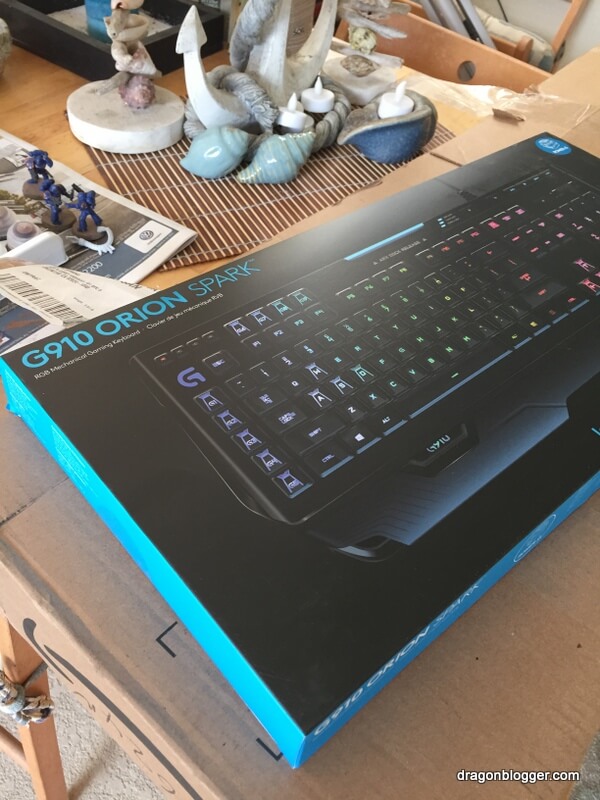 This is a large keyboard that not only gives you the standard 104 key layout but gives you a series of profile keys (M1 to MR) at the very top left as well as 9 custom keys (G1 – G9) which are on the left (G1 – G5) and above the F1 – F4 keys you will find G6 – G9.  This keyboard also has media keys on the top right for play, pause, stop, previous track and next track.  It also has one of my favorite features which is a slider wheel for controlling sound volume above the 10-key pad. 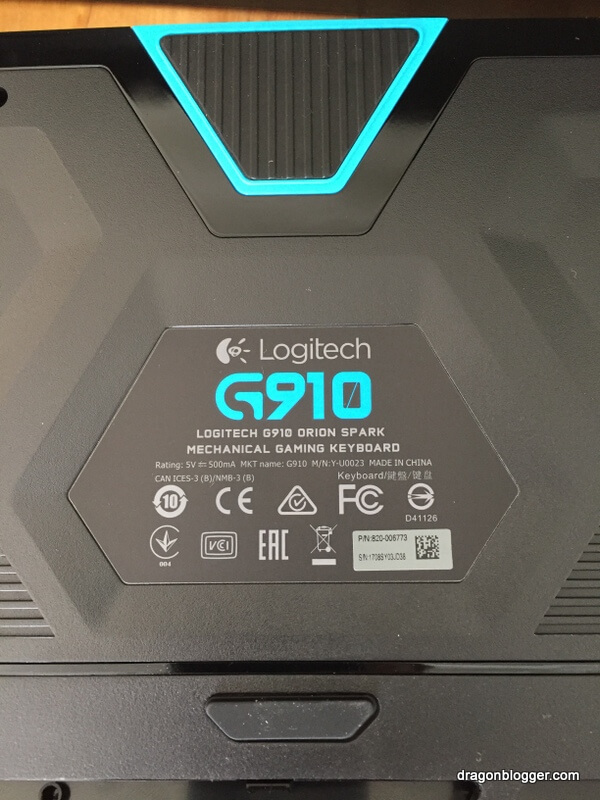 This keyboard offers more keys and customizations than any mechanical keyboard I have reviewed and Logitech uses their proprietary ROMER-G switches which provide an excellent amount of feedback but aren’t nearly as noisy as blue-switch MX keys.  The one interesting feature about this keyboard that some may find excellent and others not so much is the unique key design where the edges of the keys raise up and there is a recess in the center of each key.  Almost like your fingertip gets sunken into each key and you have to raise it a bit to bring it to click the next key.  This feels great for gamers and having your fingers recessed and sitting in the WASD keys are pretty awesome and make for great gaming.  As a touch typer though it takes some training because you have to raise your fingers higher when gliding them between keys or your fingertips hit the tips of each key.  It took some getting used to for sure but after typing on this keyboard for a few months I can tell you I got used to it. 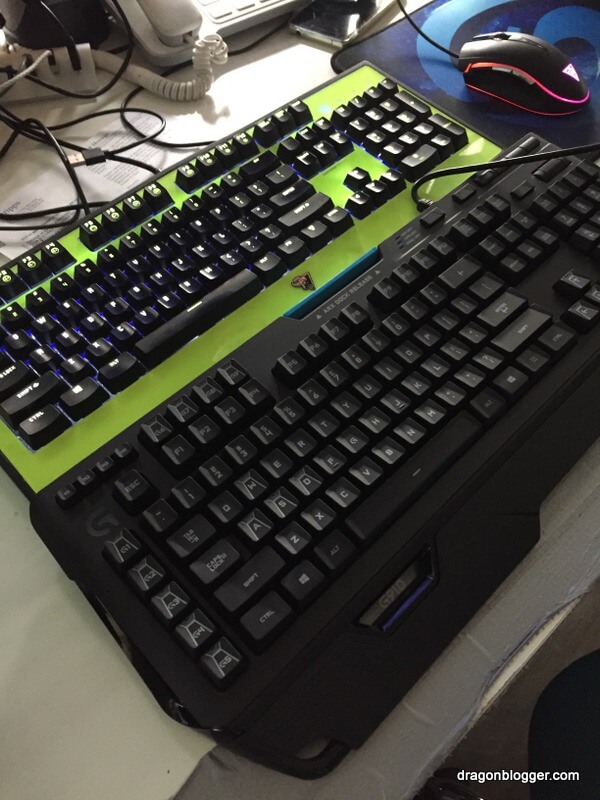 This keyboard is massive compared to other mechanical switches, look at it above compared to the Rantopad MX keyboard and you will see how the Logitech G910 Orion Spark dwarfs it. 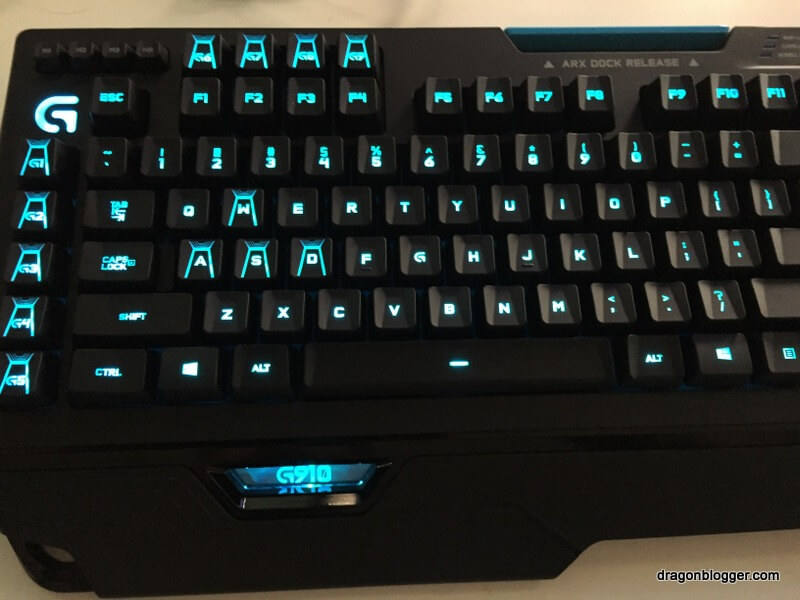 One thing I will say is you get the elevated wrist area built into the keyboard, it is not configurable and is soft plastic not gel, would have been nice if it would have been softer but it is well designed and doesn’t hold the wrist at a bad angle.  Everything about this keyboard feels professional and high quality to me while I was using it.  While typing though I must admit for a few days I was accidentally hitting G5 instead of CTRL quite a bit until I trained my pinky finger not to go so far to the left. 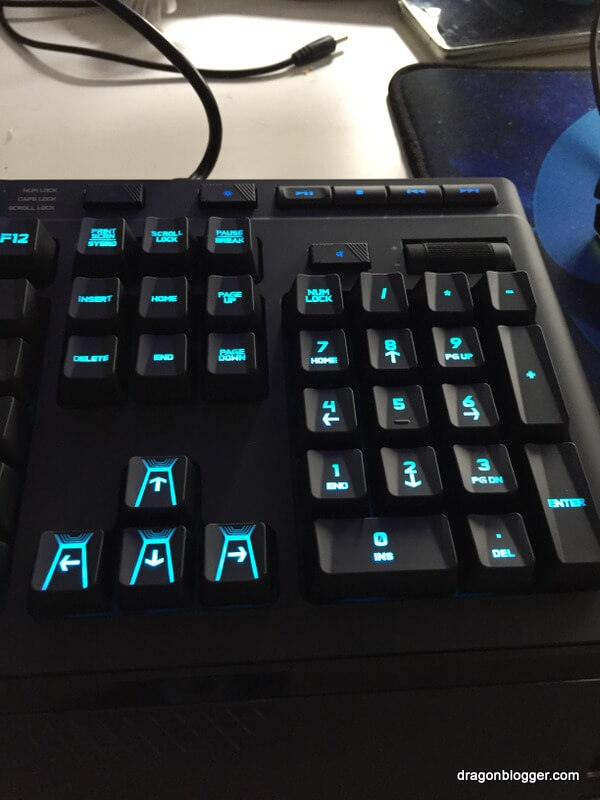 The ten key works great, the dedicated mute button and slide wheel for the volume are by far my favorite features which I use most frequently out of all the non-standard keys for sure as well.

This keyboard has a slot in the top of it called the Arx Dock and this is where you can adjust to fit your phone or a thin tablet to rest inside the dock area.  This is excellent when paired with any app The Logitech Arx app will let your app control your keyboard and even display settings on your keyboard in the app, but it works just a swell for using an Android or iOS App companion for a game as well. 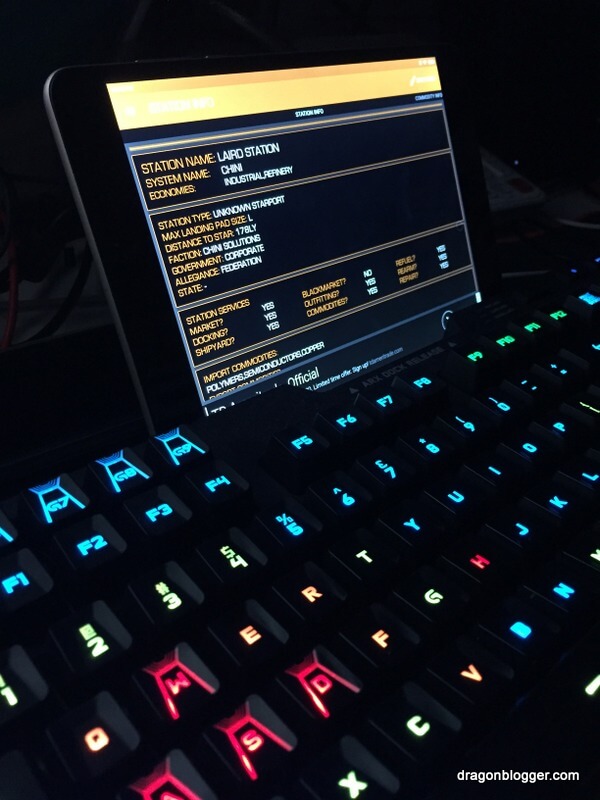 The above pic is a Xaiomi Mi Pad 3 Android Tablet that is sitting in the Arx Dock with a companion app for Elite Dangerous for example. 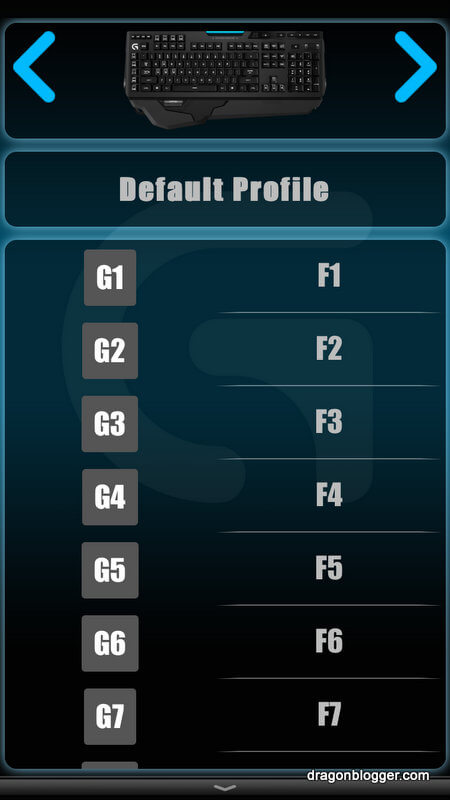 The Logitech gaming software is top notch and gives you so many customization options.  You can not only set any color pattern you want for each key, 16.7 million colors and you can choose a unique color for each key, or you simply can set patterns or even load custom game profiles.  Loading Overwatch for example and the keyboard will automatically colorize just the Overwatch keys and darken all the others automatically. 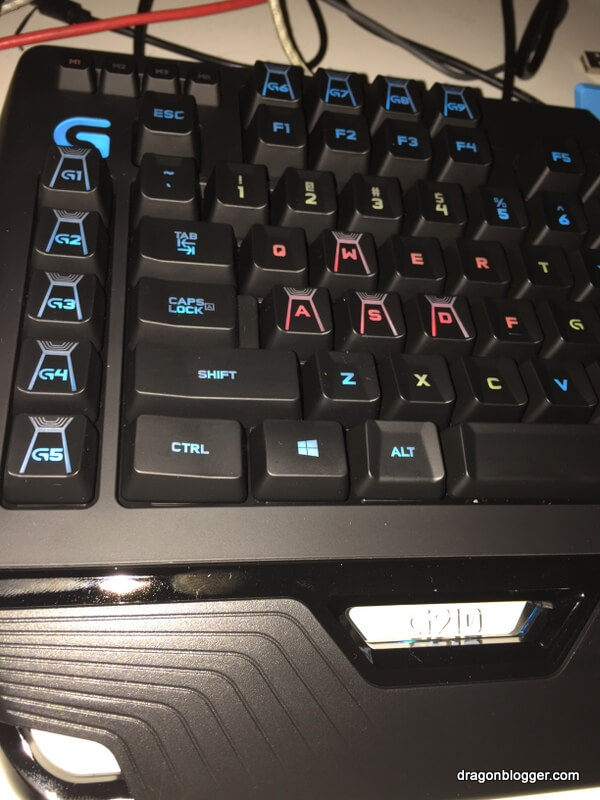 You can do breathing effects, cycling effects, raindrop effects and so much more with the color options of the Logitech G910 Orion Spark as well.

I did a full customize color layout for Elite: Dangerous with my Orion Spark keyboard making keys different colors for different functions in the game. 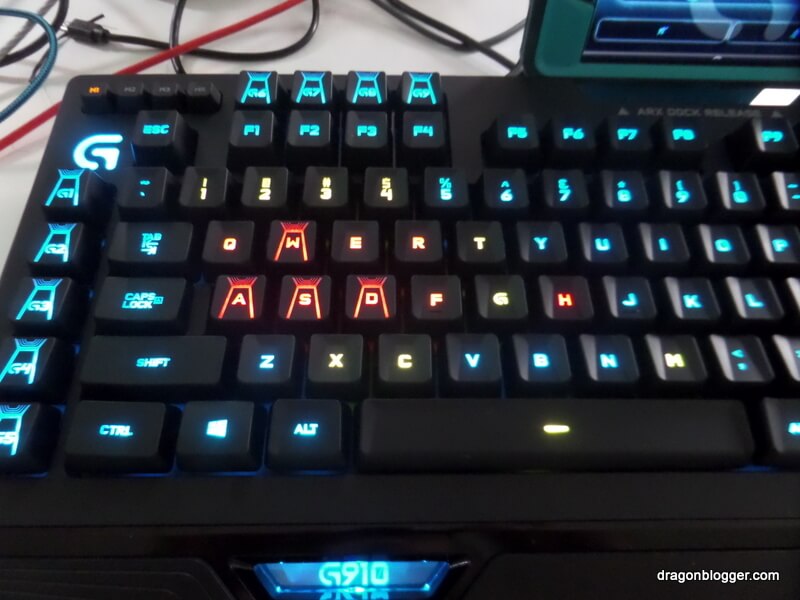 I could go over so much more with this keyboard but the rest is in the software, and you can customize each key however you want setting macro’s as you want as well.  You can have profiles saved in the keyboard or in the app itself giving you more profile optiojns.  This keyboard is simply the best keyboard I have ever reviewed and I have used this keyboard exclusively for about 4 months now.  I will tell you that the keyboard is very expensive and you really pay a premium for these features but if you have the budget I can think of no better keyboard than the Orion Spark G910 from Logitech, especially if you need 9 extra custom keys as well as want a full media player button set and a volume slider.  The phone/tablet holder and companion app is just another bonus on top of an already great feature set.  This keyboard left me wanting for nothing except 1 thing, maybe it could have had audio input jacks and audio pass through with possibly a USB port.  This way you can plug plug your headset into the keyboard itself instead of running wires under your desk to your laptop or PC case.

Content Creator/Owner of https://t.co/iWP6afuOc9 for Tech, Game, Entertainment and streamer at https://t.co/594fXMdMIA
How to Prepare for a Cookie-less Holiday This Year https://t.co/Yg8QahMnqM - 16 mins ago