I had an idea for a few mobile apps as off shoots for Dragon Blogger and started looking at various design and programming options to go about getting an Android or iPhone mobile app for my website.  One software development company I looked at was DashBouquet which had a very flexible and modular build your feature pricing segment which while very flexible and offering a lot of options ended up still having a price tag outside of my budget currently.  You can find them at this website if you are interested https://dashbouquet.com and I didn’t find anything wrong with how they let you choose or customize your app package, it just was well outside of the range of a blogger with a very small profit margin so I had to start exploring more options. 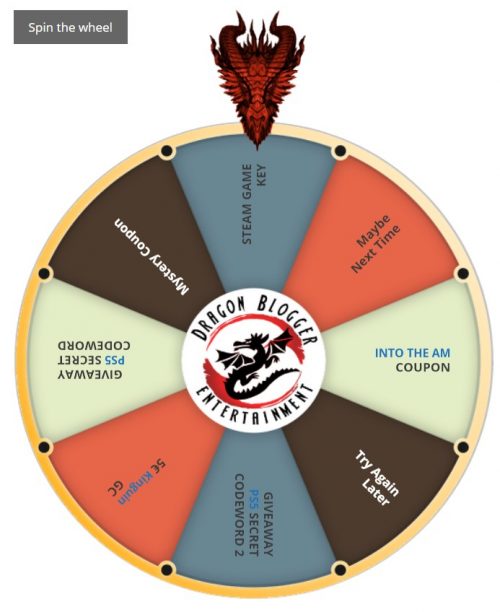 One mobile app that I wanted to create was an offshoot or mobile version of our Spin to Win game where a user can play every day and enter for a chance to win a free prize like a video game key, discount coupon, bonus entries in our giveaways and more.  I wanted to make each winnable item have some value, and I thought to help boost promotion would give the option for user to get an extra spin or play by doing a social share, and possible watch an ad using Google AdMob for another play so a max of 3 tries per day, or something.  I looked at spin wheel games, roulette type games and even scratcher type game options, something that would be engaging and simple enough to play and rewarding enough that someone would want to check it 1x per day and keep coming back to play each day.

I need to have full control over the prize list, preload the prizes in say a cloud service which can fix and be updated after dishing out each prize.  Maybe preload like 100 Steam Game keys into an Amazon Cloud server or service that the Mobile App API could connect to and distribute and then the key would be removed from the key pool or database.  I also needed a way to ensure that the app could at least bring in enough revenue to cover the cost of the awarded prizes plus a small 10%-20% profit to cover marketing expenses and funding further expansion and developments. 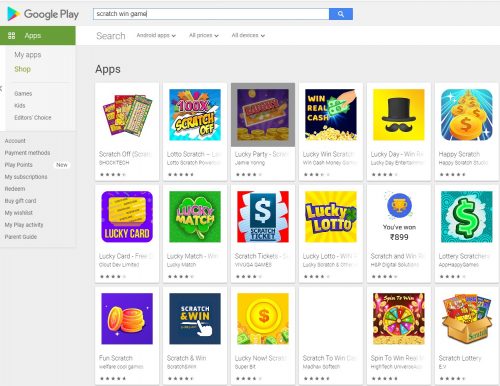 I did some research though and saw a ton of competition in the mobile scratch game space, with hundreds on the Google Play store and a lot less on Apple App Store but still quite a lot, though most of the scratchers and win games were designed around currency and gift cards rather than focused in the video game niche, there were several in this direct space as well.  The website version of the Spin To Win game being that it is a WordPress plugin has some limitations and simplifying it to a mobile app could have value, I can’t simply iframe it though I considered simply making a mobile app that was an iframe of the SpintoWin game as a very easy and quick alternative.

I won’t pull the trigger unless I can figure out something that is actually rewarding enough to encourage users to keep using and playing, this would mean some type of loyalty reward system where even on spins or plays that don’t win a prize, they still earn some type of loyalty points that could be built up and saved for some benefit whether that is cashing in for additional retries or actually saving to redeem and get a value reward.  Like considered 30 failures (IE 30 days) is guaranteed a free random steam key, so you can’t lose more than 30x in a row or something like that.  Still flirting with ideas on how to design a system that is rewarding and worth playing.

Feel free to share your feedback on my ideas for my Dragon Blogger Spin to Win Mobile app game equivalent to our website hosted SpintoWin game and let me know what you think.