Lost Girl’s SubterrFaenean reveals some interesting things this week without having a complicated plot.  That is not a bad thing really, just different than some other episodes we have seen in the past.  SubterrFaenean also opens with Kenzi, Vex, and Kenzi’s friend Aussie, instead of Bo.

The trio goes to an underground art event, and not just in the “keep it from the cops” underground but, actually in an abandoned subway tunnel.  Apparently, kids who attend this show end up missing and they are trying to discover how and why.  Unfortunately, for Aussie (nicknamed as thus since he wants to visit Australia) he becomes one of the victims when the lights go out during the “sewer alligator” act.  While Kenzi and Vex get out, she is frantic and insistent that they get Bo to find out what happened especially since they did see some sort of blur while the lights were out. 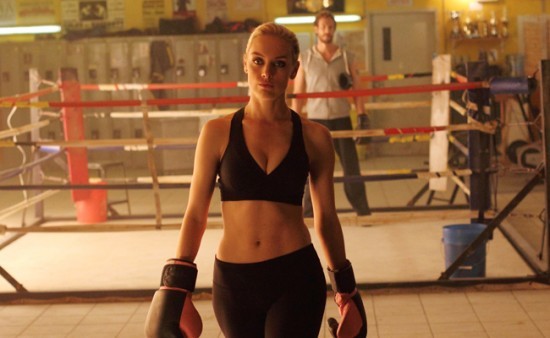 In the meantime, we get to see another new area we have never been privy to before when a bad fae walks into the gym and asks Dyson if he is Dyson.  Turns out she is his new partner since his old partner is now the Ash (I think that means it’s official but that’s never clearly stated).  Dyson is surprised Tamsin reveals she dark fae and that this partnership is because the Morrigan is trying to keep up with the “all fae together” thing.  Could anyone else tell she was dark before she even opened her mouth?

Finally we see Bo, who is making good on her promise to “give a relationship a try” with Lauren as the two are in bed hot and heavy.  Trick calls in the middle stating he has a dreamweaver fae at the bar to help Bo but she ignores him for more fun times with the new girlfriend.  When Kenzi tells Bo what happened, the two run off to find out what is going on, leaving Vex at their place (did he move in with them or something?) with strict instructions to leave Bo’s girlfriend alone.

Bo and Kenzi’s trip underground leads them to meet Atticus, a fae who can no longer function above ground along with many other fae who were forced there due to a sickness.  He tells the pair the sickness didn’t show up until they were quarantined.  After learning some of Atticus’ background, the alligator fae gases the girls with some fog and they wake up in Bo’s bed.  Vex is amused by this and makes all kinds of comments about the two finally admitting their true feelings.

When Bo visits Dyson at the station, Tamsin ambushes her about the fae Bo fed on previously.  Since Bo blacked out during this she has no recollection of it and Dyson defends her saying she feeds clean.  Tamsin is convinced, correctly, that Bo did it and takes it as a personal injury since it was a dark fae; it doesn’t help he is in a coma either.  As Dyson and Tamsin are fighting, Bo escapes by using her succubus powers on a guard.  The two detectives must put off going after Bo when the police chief, Hamlin, tells them they need to find out what is going on in the sewer due to the stories he has heard and tells them they must kill those below. 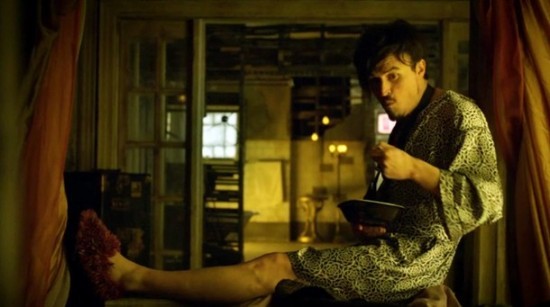 Aussie shows up with no memory of being kidnapped nor how he escapes so Bo and Kenzi take him to the dreamweaver at the Dal to find out.  The fae’s weaving reveals that he was kept in a shipping container and the others are there as well.  Somehow, Aussie managed to get the numbers off the correct container, which sends Bo and Kenzi after the other teens.  Once they rescue them, the pair take them all back to the police station.  Chief Hamlin is unhappy that Bo got away once before so when her and Kenzi go back into the sewer, he follows.

Dyson finds out from Hale that the sub-fae are to be relocated, not killed and he makes his way down to the sewer as well.  Hamlin turns out to be a dark fae who feeds off humans but put Atticus and the others in the sewers to feed off them as well.  Since it is forbidden, he is in lots of trouble.  Of course, Atticus shows up right after the chief reveals he is the Pied Piper, of Hamlin (did you catch that?), or also known as The Slender Man (kudos to you if you know who that is without clicking the link).  Dyson is not far behind and when Atticus requests Hamlin be left with him for punishment; Bo and Dyson are more than willing to do so, blocking the way out with rocks so Hamlin can’t escape.

Well, the fae are relocated and all’s well that ends well…ok not quite.  Bo finally lets the dreamweaver fae find out what she has been having nightmares about.  Instead of seeing Bo drain the fae Tamsin is upset over, she sees Bo devouring someone gleefully.  The fae runs out before she tells Bo anything but Bo is able to see for herself what the problem is.

Whether Bo realizes what it means is yet to be determined although we do know she doesn’t realize what she has done, at least consciously.  Will she end up doing what she saw in the dreamweaver’s vision?  Only time will tell.  Until we find out, let’s hope that Dyson remains at odds with his new partner.