So recently I had a chance to review the LotFancy Wireless Bluetooth Stereo earbuds and I took them through a variety of situations including running, jogging, wearing around the house and just general usage.  In particular I was looking for a product that allowed me to jog up and down the coast highway with music blaring in my ears and not having to feel the tug of a wire on my ear or hanging off my body and I can say these Wireless earbuds mostly achieve that goal. 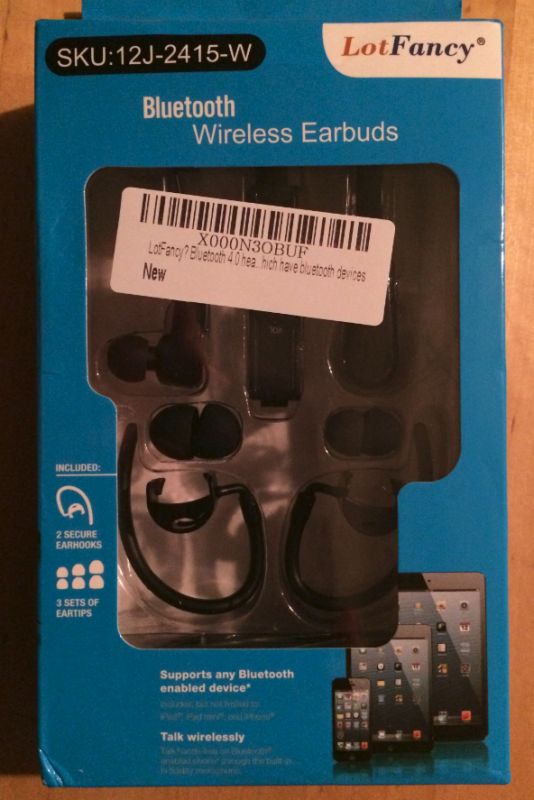 The LotFancy Bluetooth Earbuds come with a wide variety of attachments that I really like, including the clips that hold it around your ear, but they also include various earbud sizes to fit different ear types.

Now this video was made at the early start of unboxing them, before I actually put them to the test, and after using them for a few weeks I have to add some commentary about how they work.  First when you place them in the ear, you will want to run the cord behind your neck, not in front of it.  If you have the cord in front of your neck and you start running, the cord will bounce up and down and whip you in the chin and neck, I should have recorded what I looked like reacting to this and it would have made for a good laugh. 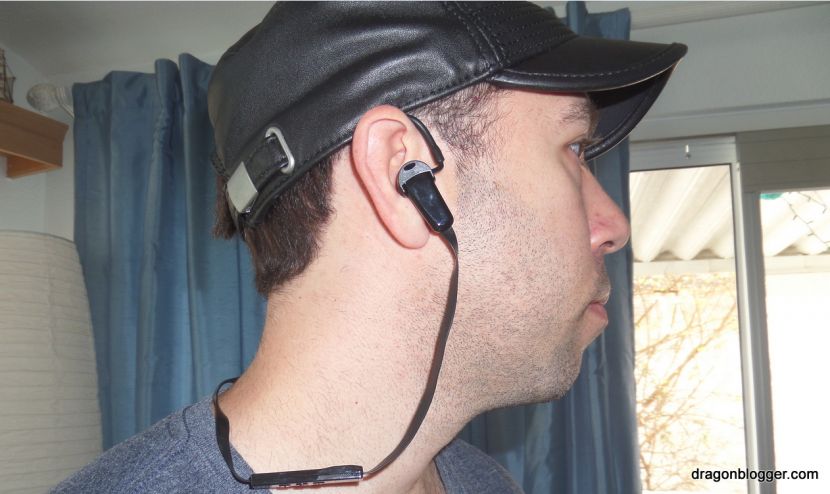 So when using the earbuds properly with the wire around the back of your neck, I had only minor issues, the main one being that the control box is much closer to the right ear.  This means there is more of a tug hanging off your right ear than left ear, and when you jog you can feel that tugging on your ear a bit.  With the attachments that hold the earbud around your ear, there is no chance of it falling out, but that little control box bounces up and down a little bit on my shoulder and just annoys me a little.  Tucking the cord into your shirt only helps a little because eventually the movement from jumping up and down causes it to bounce out of your T-Shirt.  You can see in the picture above how the flat cord which is kind of thick and heavy plus the volume control box hangs just sitting on the neck at a position to bounce up and down off the shoulder.

So enough about the slight annoyance on the cord, the sound is actually very good from Bluetooth earbuds.  Music is clear and loud, and while it doesn’t have tremendous base it has more base than most Bluetooth earbuds that I have tested.  I had no trouble pumping the music volume loud enough that you can’t hear any traffic around you while jogging on a sidewalk down a busy street.  Overall the product did a great job in all circumstances except the cord bouncing on my shoulder/neck while running, this to me was enough that I took a star off of the product, as I think it either needed a shorter cord, or a clip so that it can hold the box onto a shirt to keep it more affixed in place.  Perhaps even some ability to retract or shorten/lengthen the cord as it just happened to be at a length which caused some discomfort.