Can The Following’s Mad Love episode show just how crazy someone can be or is it just me?  Or perhaps the idea is that these people are so unhinged they really don’t know what love is and what infatuation is.  Maybe it was a tribute to what Valentine’s Day started as; you know a mass murder way back in history.  Whatever Mad Love was about it was another eye opener on at least one character and a confirmation on another. 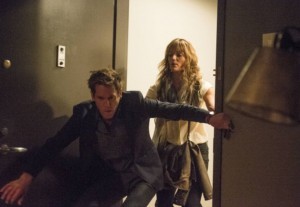 We learn part of why Ryan is the way Ryan is, his family is cursed and only his sister is alive.  Even before we know who Jenny is, we can see there is a special relationship between them; at least in the past.  It’s not like what Claire and Ryan had but it is strong.  Despite what happened in the past, Ryan is now estranged from Jenny, probably due to her pushing him to stay with Claire because he loves her and him insisting he can’t so she isn’t reminded of Joe all the time.  Honestly, I think Ryan is dumb because Claire has a son to remind her of that every single day, and as a mother, I’m sure she doesn’t mind THAT reminder so why wouldn’t she want to be with a man she loves.

Lots of flashbacks reveal just what kind of relationship Ryan and Jenny had, and even how Claire met Jenny at Jenny’s restaurant.  So it’s not surprising that Ryan jumps to help when Maggie calls after kidnapping Jenny.  Of course, Maggie wants revenge for Rick’s demise because she loved him so much she can’t even follow through with the next phase in the “Joe Carroll plan to write a novel with Ryan Hardy.” 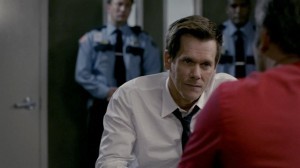 Speaking of Joe, Ryan tells him about Rick during a conversation.  Joe warns Ryan that Maggie and he loved each other so much this will cause problems.  I’d call that foreshadowing but since we have already learned that Maggie was definitely a serial killer many years ago (look we finally got one!) it was just kind of expected.  The how she would get revenge was the question.

The call that Ryan gets from Maggie tells him no cops, no guns, just him at his sister’s restaurant or she dies.  Debra has seen the caller id on Ryan’s phone each time he ignored the call and when he finally picked up so, even though he said it was a personal matter, she knows something is wrong.  She sends Mike after him, and Ryan consents to let Mike go with him.  Mike’s response about getting in trouble is that he is upset over another agent’s death and not thinking clearly, he’ll get off with a warning.  It’s a good thing he went too or Ryan would have been dead from the electrical current that will stop his pacemaker and eventually kill him. 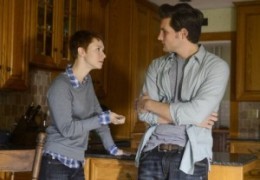 In the world of three little killers, Emma, Paul, and Jacob have their own problems; and it’s not what you think.  Emma knows that Paul and Jacob did things while they were a couple and she doesn’t care.  However, that isn’t the big secret Jacob has; it’s that he’s never killed before.  Even though in a flashback we hear his drowning story, complete with a realistic description of how a body is really heavy when dead, we find out he was lying.  Oh, Joe knows the truth and is still willing to accept Jacob in his fold because Joe knows that one day he will meet the right person and be able to do it.  If you didn’t know what they were talking about you might think it was sexual and perhaps that was the idea since it was in prison.  Jacob was obviously relieved by this because he didn’t want to go back to the life he left, although just what that entailed who knows. 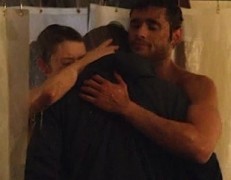 With this new-found information, Emma wants to make sure that Jacob joins the ranks of her, Paul, and Joe by killing Meghan; the girl Paul kidnapped.  This was probably Paul’s plan when he took her.  Without telling Paul she knows the truth, she gives him a knife stating it’s his job to dispatch of the girl before Joey finds out she’s there.  He ponders killing her for a long time, and just as his flashback ends and you think Meghan’s the “right person”, he cuts her bindings telling her to run.  The poor girl makes it outside but the slamming of the door alerts Emma so her and Paul give chase.  They catch Meghan in the garage and Emma stabs her, just a wounding though.  Paul finds her back in the basement waiting again for her demise.  In the meantime, Paul and Emma take a shower to clean the mud off from chasing Meghan; mostly clothed though.  It looks like Emma and Paul are going to get it on as well but when Jacob finds them together, Emma tells him they aren’t giving up on him and he joins them in the shower for a group hug.  I don’t think this means they are one big happy family though but I could be wrong.

The biggest break for the FBI is Mike killing Maggie gives them her cell phone; it’s a break they need to find Joey.  Looking at the previews for next week’s episode, that’s exactly what the phone is going to do.  Course that doesn’t mean they will actually get Emma, Paul, and Jacob.