This is a review of the Masione X11 Gaming Mouse which is a 4800DPI 10 Button LED Optical Gaming Mouse that dare I say looks like it tries to be a budget version of the Mad Catz R.A.T. series of mice in that it has open design showing gears, metal and gives a “Steampunk” vibe while using the mouse.  So it has a certain cosmetic appeal for sure, but how does the Masione X11 4800 DPI Gaming Mouse hold up during a few weeks of testing?

Watch the Video To Find Out More

Well, if you don’t have time to watch a short video, I can fill you in on the details here.. 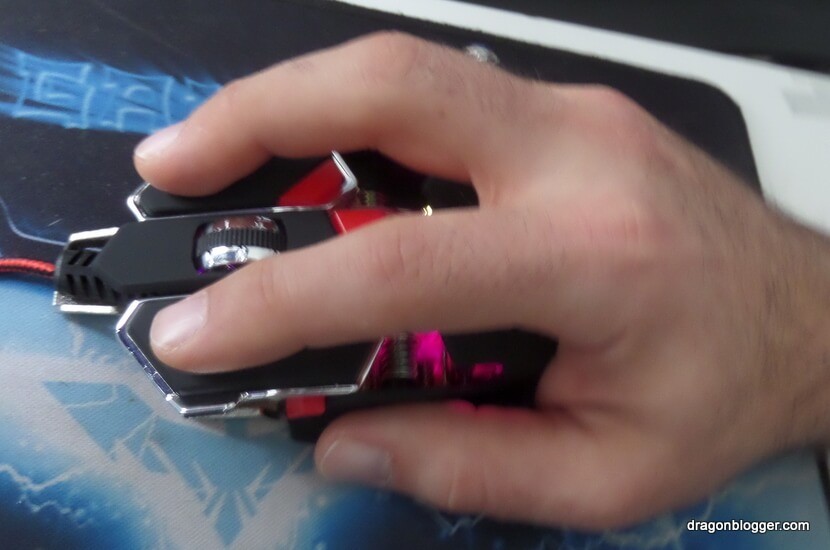 The Masione 4800DPI 10 Button LED Optical Gaming Mouse just is pretty cool to look at, the exposed guts and internal lighting make it appear like you are using a Steampunk or clockwork device and to me was pretty cool.  The metal base adds weight so that you don’t need to have weights added, it isn’t a heavy mouse but heavier than you would expect given how “open” the mouse is. 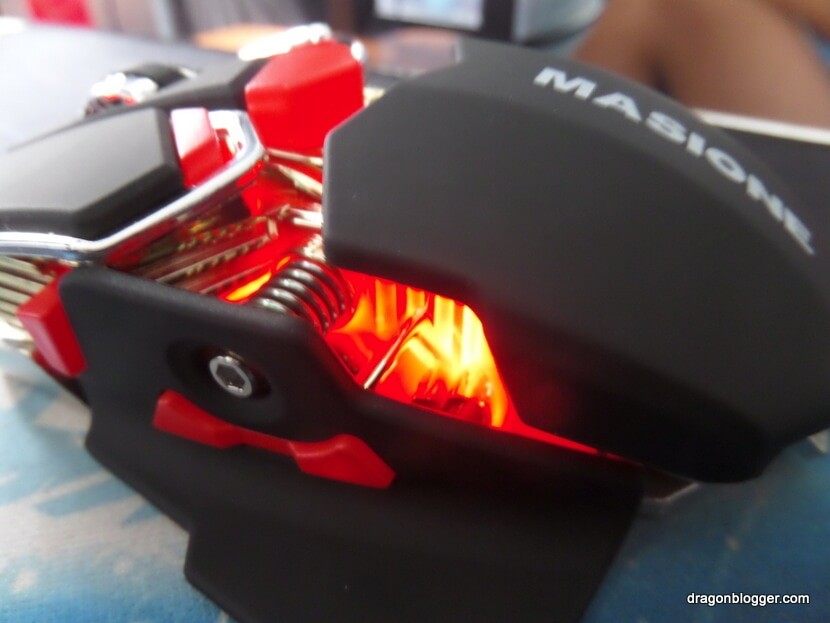 The internal glow changes with the DPI settings and has pulsing or breathing features as well.  The main issue I had with the mouse was the thumb buttons in the screenshot below, they are very small and rest at the very lower part of the thumb.  I found them very hard to press with my thumb while gaming, my thumb just sat too high and the buttons were too small, it was a real struggle to use them effectively while gaming. 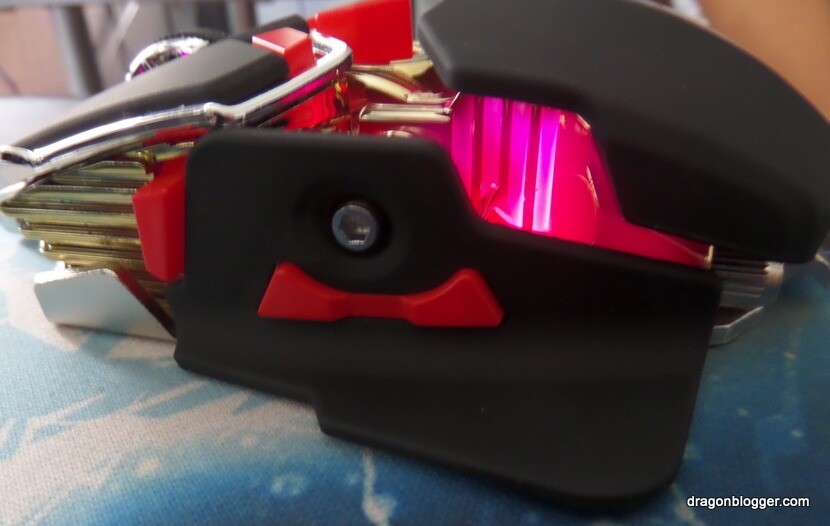 The braided cable is nice, but is a bit thin, maybe plastic coat it as well to help further protect against twisting would be idea.  The mouse however has an excellent tracking sensor and tracked on my gaming pad well, no issues with Overwatch, Heroes of the Storm, Ark, Fallout 4 at all except for the thumb buttons being a bit too small this was a fun mouse to use.  Now for smaller hands the mouse is fairly wide, and my 12 and 9 year olds found the mouse too large and wide for their smaller hands, but I had no trouble with the mouse on my hand. 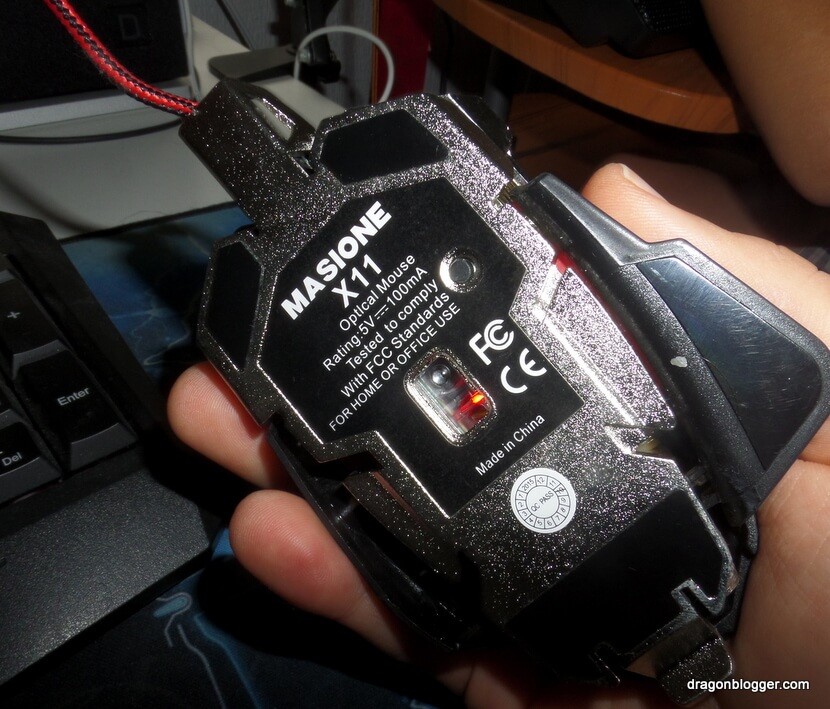 The only other item is that my ring finger rest up against a metal aesthetic part that juts at the top right, this caused a little bit of skin irritation after a long period of use, maybe just need to build a callous but this is something that may cause finger irritation having your finger brush or rest against that metal part at the top right.  In the screenshot below, that is the metal part on the right mouse button side that caused a little bit of irritation with my finger. 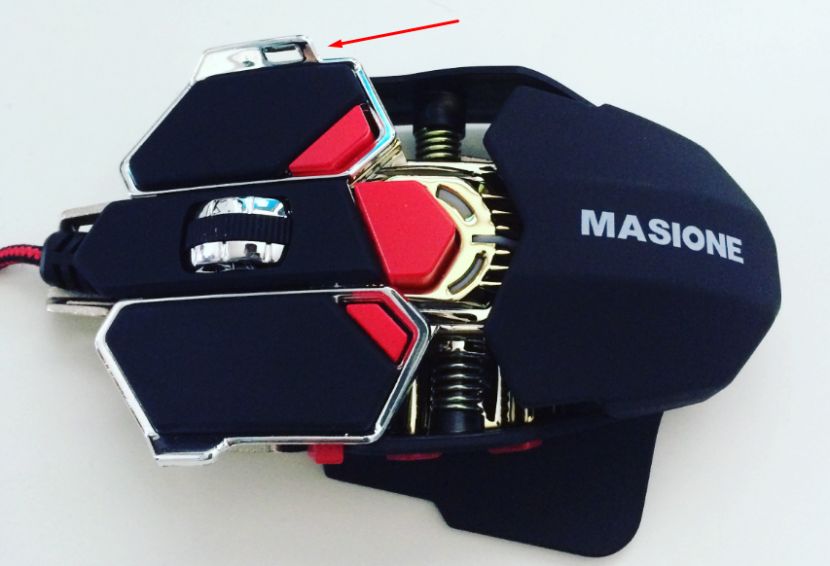 All said and done it is a fun aesthetically pleasing mouse, and I would give it 3.5 stars.  It would get 4 stars if the thumb buttons were larger and more easily accessible for your thumb and comfort could be improved on some of the parts where your hand rests.  They also don’t tell you at all in product page, but you can find drivers/software to configure the Masione X11 Gaming Mouse here: http://bit.ly/1PM1n0l it isn’t easy to find the Masione X11 drivers as there is no instruction, link or documentation included in the mouse and no mention of the X11 drivers on Amazon for the X11 Gaming Mouse when I last checked.