Moborobo developers are definitely on fire with the number of Apps making their way to Android smartphones. Last time, I covered how simply the Moborobo PC suite transfers and syncs your data with your desktop. This time around, a new product called MoboMarket is all set to give you an alternative to standard Google play store. I know, Google Play store is already loaded with about 6,00,000 applications and now no-one would ever catch it so easily. With that in mind, MoboMarket surely has some cool features that makes it stand beside the Google play store.

So, what is MoboMarket? It contains apps and games and has a nice and intuitive user interface just like the way you have in Google Play Store. Surely, the initial numbers of the total apps and games isn’t that impressive at first but I’m damn sure that it will improve over time and quickly. This one stop MoboMarket includes app manager which combines a number of useful features right from the start including downloads, updates, installations and removals of various Android applications and games. 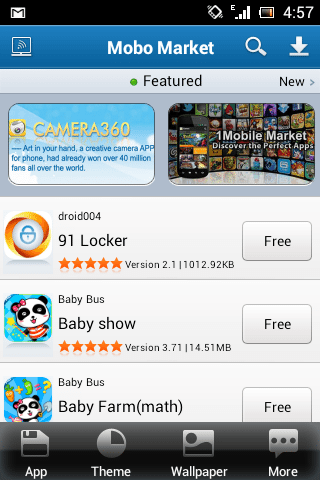 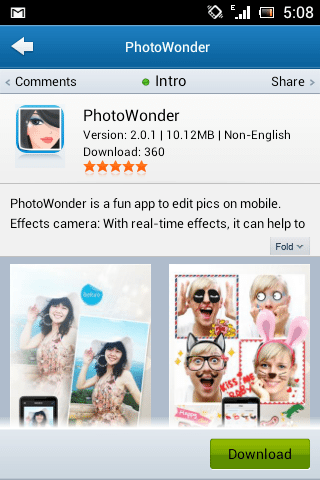 MoboMarket comes up with the latest tabbed layout which is very useful. Three tabs consisting of featured apps/games, new apps/games and hot apps/games will definitely boost your user experience. In addition, every tabbed layout contains list layout to list out respective applications and games, they are accompanied by a simple free button. Tapping on it starts the respective download instantly. The bottom bar of the app is filled with four main categories of the market. They’re dubbed as the App, Theme, Wallpaper and More. The App tab is selected by default and it is used to show the apps and games from the MoboMarket repository whereas the Theme tab contains a number of lockscreen themes to choose from. The Wallpaper tab is certainly filled with various wallpapers you can use for your Android device and last but not the least the More tab opens internal settings of the MoboMarket. Both Theme and Wallpaper tabs can be further sorted according to the New, Ranking, Features and Category of the Themes or Wallpapers as well.

MoboMarket allows you to delete apk files after installation. It is possible to download updates of the various apps and games through MoboMarket automatically. It’s download manager easily helps you out to either stop, delete or cancel the ongoing download. MoboMarket can also be used with Moborobo desktop tools to connect to PC or use WiFi. Enabling the update alert in settings offers notifications for available updates of the installed apps/games as well.

Give try to MoboMarket now 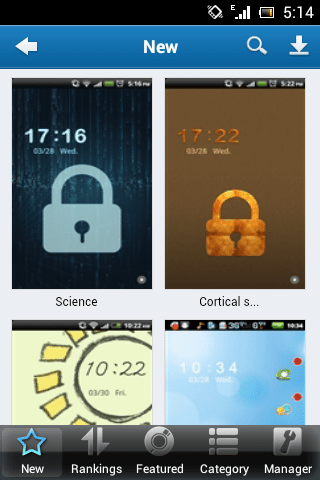 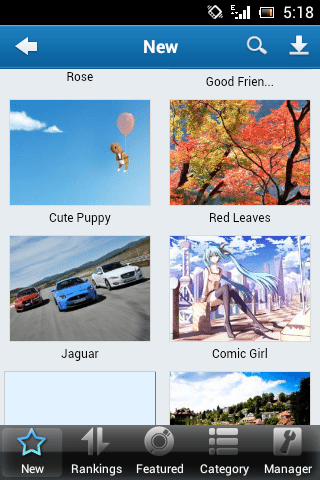 Recently, a new version of the Android PC manager, Moborobo 2.0.7, was released for Android Users! These new updates will bring ringtone and wallpaper downloads, as well as an online video service to Android users. Most of all, these contents are free to our users.

In combination with this comprehensive Android resource market and media/file management feature, Moborobo integrates a complete contact backup/restore system, as well as application controls that include installation, removal, and updates. Moborobo includes a complete data management package that provides access to calls, messages, and call logs, but also the ability to send messages from within the software itself and live streaming and screenshot capture for Android devices. Completing Moborobo’s already-impressive arsenal is its ability to integrate and handle iOS devices, and even transfer contacts from an iOS device to Android. All these features bring a new concept of “The All-in-One Smartphone Management Tool” for both Android and iOS users.