The phases through which gaming has gone through all these years certainly boggles the mind. Hard work, dedication and determination to keep up with the advancements over time, made all these things happen. During the 1970 who would have thought while they were playing Computer Space and Pong, which involved basic programming skills, that there might be a time when there would be a realm of Virtual Reality Headsets or Eye tracking technology?

In my opinion here are some of the most intriguing major advancements to come or have came.

VR (Virtual Reality) Headsets, sometimes referred to as ‘immersive multimedia’, is a computer-simulated environment controller that can simulate physical presence of certain objects in real world or the virtual world. It can recreate sensory experiences.The most prominent name in the field of VR Headsets is Oculus Rift. In it’s final stages, the device has viewing angle of 110 degrees, absolute head-tracking and an LED aimed at 1920×1080 resolution or greater (Development Kit 1 at 1280×800 and DK2 at 1920×1080). In competition of its rival, Sony had also announced it’s VR Headset Prototype ‘PROJECT MORPHEUS’ at GDC in March 2014. It also showcased it at E3 2014, but it was clearly not caught up to Oculus Rift in terms of technology, though most would agree it was more aesthetically pleasing.  It features a head mounted display with 1920×1080 resolution and a 90 degree field of view. It is accompanied by an acceleration sensor and gyroscope sensor built into the head mounted unit and employs the PlayStation Camera to track head orientation and movement, so that as the head rotates, the image of the virtual world rotates accordingly in real-time.These devices do not take up the entire room nor do they have ropes or any other bulky accessories unlike its predecessors.

An Omnidirectional Treadmill or simply ODT is a device that allows a person to perform any locomotive action he wishes, may it be going prone or crouching. The ODTs are generally used for the training of newly recruited soldiers to give them the necessary experience to encounter tough situations. In terms of gaming, reverting immersive navigation tasks from hand-based (mouse, joystick) to mentally hard-wired whole body (leg) based and enhancing immersion by providing a whole-body experience that begins at the soles of the feet and ends at the top of the head, was a tough but accomplished task.Natural navigation in regard with the ODT is simply the movement of the system user in a enclosure with physical actions and movements in a virtual terrain. 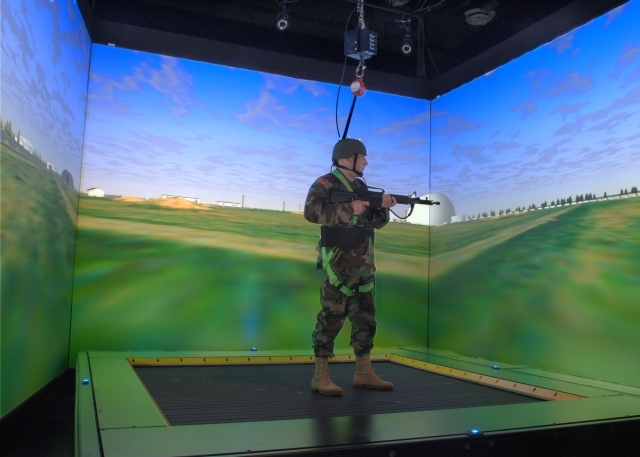 The Cyberith Virtualizer is a notable name in the OTDs. It consists of a headset in place of a enclosure and all the rest is mostly the same. Cyberith GmbH is currently working on it’s probably third prototype.

The VRD is a display technology that draws a display directly on the retina. The user sees what seems to be simulated environment flowing in front of them. The projection moves the virtual image to a distance that allows the eye to focus comfortably. No real image is ever produced with the VRD. Rather, an image is formed directly on the retina of the user’s eye. With a VRD, defects in the human eye can be possibly bypassed. Additionally, the seen image could be augmented with other information and brightness of the system doesn’t affect the image formed on the retina.The benefits of a VRD are far greater than any of the displays and less hazardous.

Sometimes referred to as the ‘Wired Glove'(because it has lot’s of wires in and around it, duh) was thought to be the peek to which human intelligence could reach in developing sensor technologies. Generally, it is considered to be very expensive. Nevertheless, it is a glove used for human-computer interaction and is a input device. Numerous sensor technologies are used to catch and collect the information from the movements of the user. Mostly, these movements, motions or actions are caught by the Inertial Tracker, which is basically  placed to catch the rotation data of the glove. These movements are then interpreted by the software which comes along with the glove, so any movement can be a sign even accidentals preferences might be read. Gestures might mean anything in sign or symbol languages. But, you have to pay extra bucks from your pocket for the finger-bend sensors and the tracking device.

An alternative might be the Kinect or Move. A camera and computer vision to track the 3D pose and trajectory of the user’s body, in this case the hand.

Codenamed Project Natal, the Kinect is one of the most prominent input devices by Microsoft for the Xbox 360, Xbox One and Windows PC. Based on a camera, the Kinect enables it’s users to play without any joystick or gaming peripheral and allows them to interact with their console/computer, through natural user interface using gestures and spoken commands. The electronic device uses an infrared projector and camera and a special microchip to track the movements in all three dimensions. 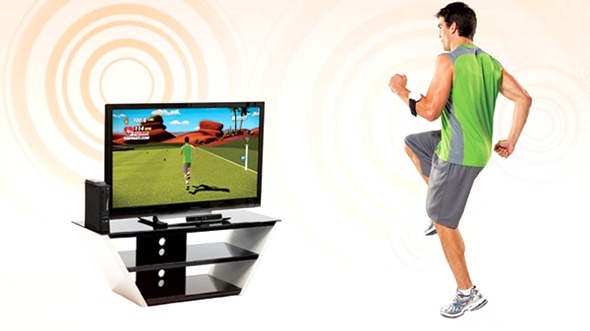 The Kinect sensor is a horizontal device having a small base with a motorized pivot. The device features an RGB Camera with 640×480 pixels at 30 Hz (RGB camera) 640×480 pixels at 30 Hz (IR depth-finding camera), depth sensor and a multi-array microphone running proprietary software, which provide a full-body 3D motion capture, facial recognition and voice recognition capabilities. It has a USB 2.0 interface. 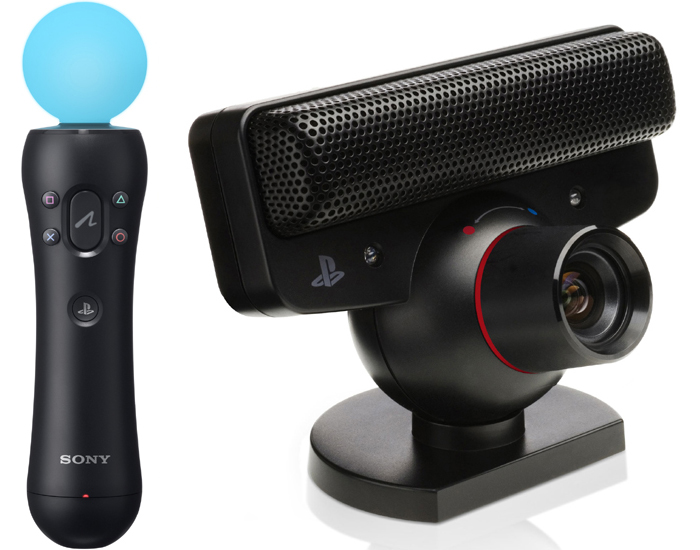 A sphere with RGB Light-Emitting Diodes (LEDs) enables the controller to adapt any color which is different from the background so as to easily be read by the PlayStation Camera/Eye. The color serves as an indicator and can be tracked along the image plane by the camera. A pair of inertial sensors inside the controller, a three-axis linear acceleration sensor and a three-axis angular rate sensor, are used to track rotation as well as overall motion. An internal magnetometer is also used for calibrating the controller’s orientation against the Earth’s magnetic field to help correct against cumulative error (drift) by the inertial sensors. In addition, an internal temperature sensor is used to adjust the inertial sensor readings against temperature effects. The inertial sensors can be used for dead reckoning in cases which the camera tracking is insufficient, such as when the controller is obscured behind the player’s back. The controller face features a large oblong primary button (Move),surrounded by small action buttons, and with a regular-sized PS button beneath, arranged in a similar configuration as on the Blu-ray Disc Remote Control. On the left and right side of the controller is a Select and Start button, respectively. On the underside is an analog trigger (T). On the tail end of the controller is the wrist strap, USB port, and extension port.