Playing Ninja Gaiden 3 should have been an exciting experience and I was hoping that the latest installment will get the franchise back on track. The original game was great and I’ve spent a lot of time slicing my way around, but sadly the sequel felt like a pale consolation. I didn’t expect the third installment to be a complete rip-off, but I can’t help but feel that this is not a step, but a giant leap backwards for the franchise. 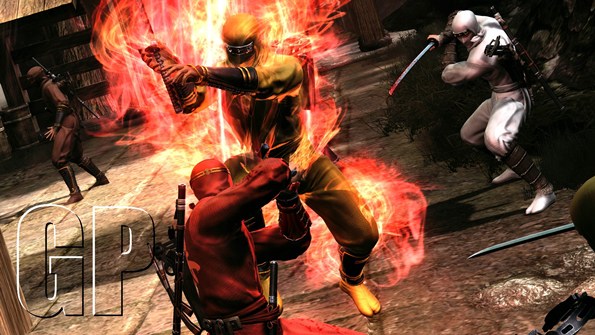 Some changes should be avoided

With Ninja Gaiden 3, the developers attempted a dramatic change but their gamble didn’t pay off and the changes they suggest in terms of both gameplay and story telling are a failure. A single weapon can’t deliver the intensity and variety in combat, even when we are talking about a legendary sword. Sadly, this is the only one Ryu has at his disposal and the occasional use of magic is not enough to compensate for a repetitive hack and slash.

There are plenty of enemies to kill but they look alike and what is even worse, perform the same actions and appear in the same places over and over again. It doesn’t feel like progressing in any way, because the killing turns into a tedious and highly repetitive process that generates no satisfaction. Some would expect boss fights to save the day, but they only highlight the lack of inspiration; encountering the same boss twice and killing it in the same manner, is simply unacceptable.

Murder is a burden

The narrative tries to get the player immersed into the game, but despite the occasional ethic dilemma, the player has no liberty in making any choice. Ninja Gaiden 3 is heavily scripted and I frequently felt like a sheep pushed forward in a maze, without the developers even trying to hide it. Ryu slaughters thousands on his path and after a while you have problems deciding whether you have killed dozens of enemies of the same one over and over again.

Ironically, the game’s statement “Murder is a burden” rings particularly true for those who play this game long enough. While the storyline is shallow and the gameplay is repetitive, it also feels broken occasionally due to the terrible camera. The developers intended to make the game more intense by changing the angles and by moving the camera around during intense moments. What they’ve accomplished is to further confuse the player, increasing the difficulty in the wrong way.

The bottom line is that this might have well been the straw that broke the camel’s back. I will give it two stars out of five which is slightly more than it deserves, as a tribute for former achievements. Watch the trailer because it is worth the time, but thing twice about investing more time in Ninja Gaiden 3.