So my wife has Bluetooth integration directly built into her newer car than my 2008 vehicle, and I really liked just getting in the car and being able to flip on my Spotify tunes rather than sift through dozens of SirusXM satellite stations until I find a song that I like.  The Nulaxy KM18 Bluetooth FM Transmitter is the exact type of product you need if you want to add Bluetooth support for your phone or tablet to your car, yet don’t have Bluetooth integration or an iOS/Android kit built into the car. 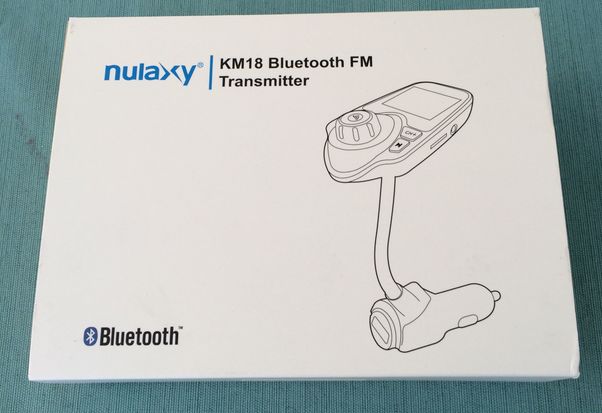 Now what this device does is it plugs into the car charger port (cigarette lighter ports as I still think of them) and it also has a USB port so that it can charge your phone while it is being used in the car as well. 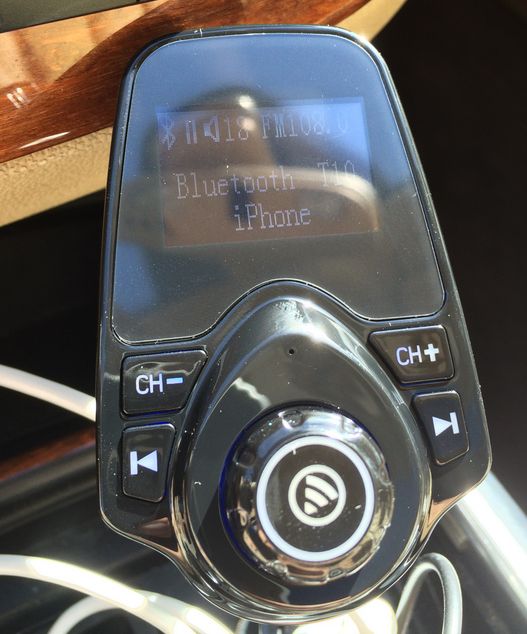 Once you have it plugged in you can pair it with your phone very easily, just hold down the center Bluetooth button which is also the multi-function button and volume wheel.  Pair your phone and you are almost ready to go.  You need to decide if you want to use the FM Transmitter part, or if you have an aux jack for your car stereo system close by, you can just use the provided AUX cable and directly plug this device into your stereo. 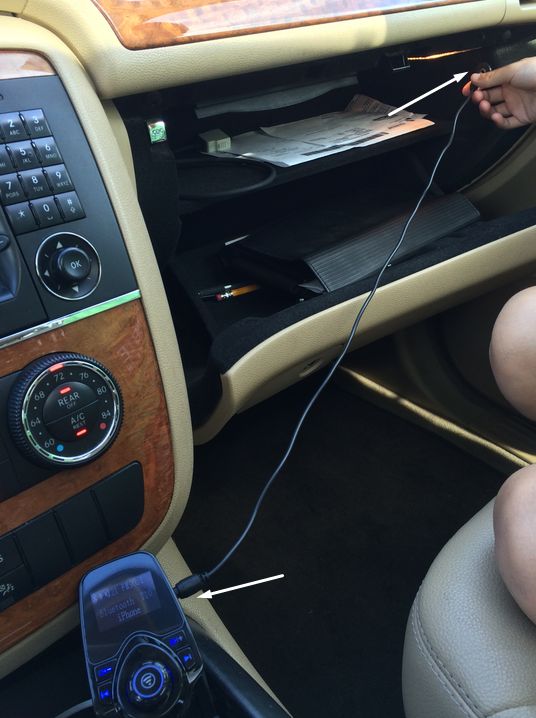 For my situation the AUX cable wasn’t going to work out, the car that I have has the AUX input jack all the way on the far right side inside the Glove Compartment which is the stupidest place ever to put the car input audio jack.  The provided cable while long was simply not long enough to reach my car input jack and even if it was, my glove box would have to stay open or it would pinch the cable, so I was unable to use the AUX input cable with the Nulaxy Bluetooth FM Transmitter but this is by no means a fault with the product but a poor design of the car.

Hence the FM Transmitter part is where this device really shines, assuming you don’t have an AUX input jack within reach you simply program the device to an FM station that is clear of any other channels or broadcasts, you must hear clear static.   You will see the station number at the top of the device, then just set your radio to the same station and program it into one of your memory channels. 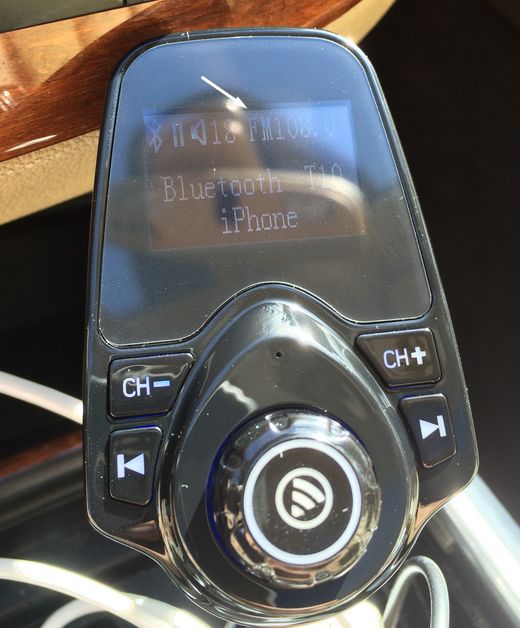 Now once your phone is paired and your radio station is set to the one in the device, you are good to go.  You can now listen to anything on your phone through your car stereo system and this includes phone calls, using the phone mic you can use the car stereo system as the speakers.  I was very happy with this device and out of all the Bluetooth FM Transmitters I have personally reviewed, the Nulaxy KM18 FM Transmitter was my favorite reviewed, though it really missed one tiny thing from being perfect!  It could have had an extra arm to hold the phone, clip style so the phone was held right above or with the device, you have to still rely on a separate phone mount somewhere in your car.  Had it included a phone mount clamp or built it into the product would have been the perfect item.  Also as many people use 2-4 port chargers in their car, I replaced my 4 charger port device with this which only had 1 charger port, so I wish it had 2 2.4A output charging ports instead of a single output port so I didn’t lose a whole charging port and only get 1 USB charger port out of it.