One of the most common problems I see online is when people want to stream games with Open Broadcast Software (OBS) and they are running on gaming laptops.  Gaming laptops unlike desktops will usually have multiple video cards.  This is the Integrated Graphics Video card which is typically an Intel Video card like the Intel HD 3000 or 4000 on newer laptops, and the AMD or Nvidia mobile GPU video card.  Now, this article will be focused when you have an Nvidia Video Card with your laptop, but the same concept applies when you are using an AMD Mobile GPU as well when you have separate integrated graphics.

So if you are using OBS to record your games and you see a black screen instead of the game when you select the game and hit “preview stream” or stream, then one of the main causes is that you do not have the right video card being tied to Open Broadcast Software and the game you are trying to play.  For OBS to successfully pick up the game video to stream it must exactly be set to run with the same video card.  To do this, you use Nvidia Control Panel, just search for it and open it up. 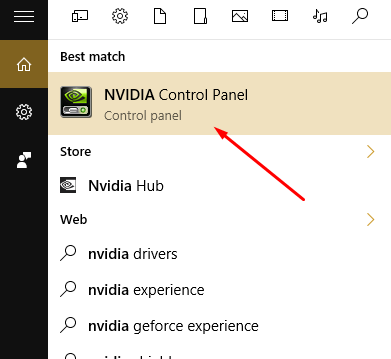 Then you want to click on Manage 3D Settings on the left. 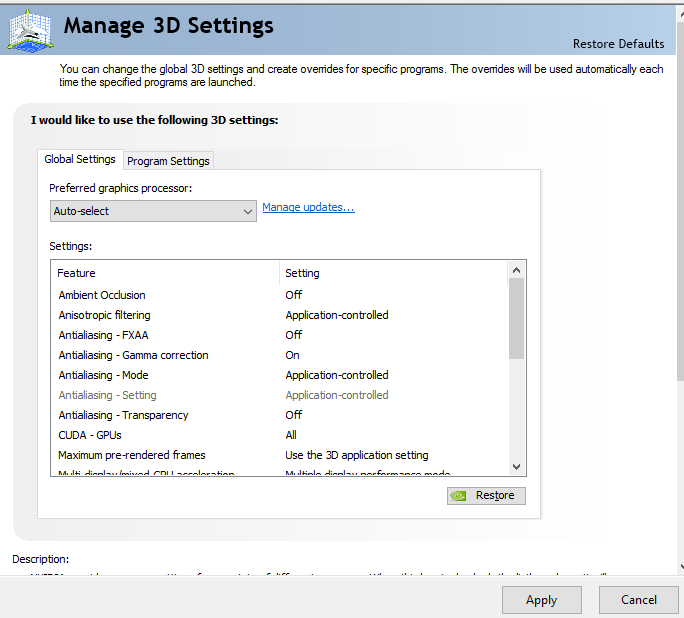 An example would be in the screenshot below, if you click on Program Settings you can choose which graphics card is tied to each application individually but this is very time consuming.  In the below image you see Firefox was set to Integrated Graphics by Default. 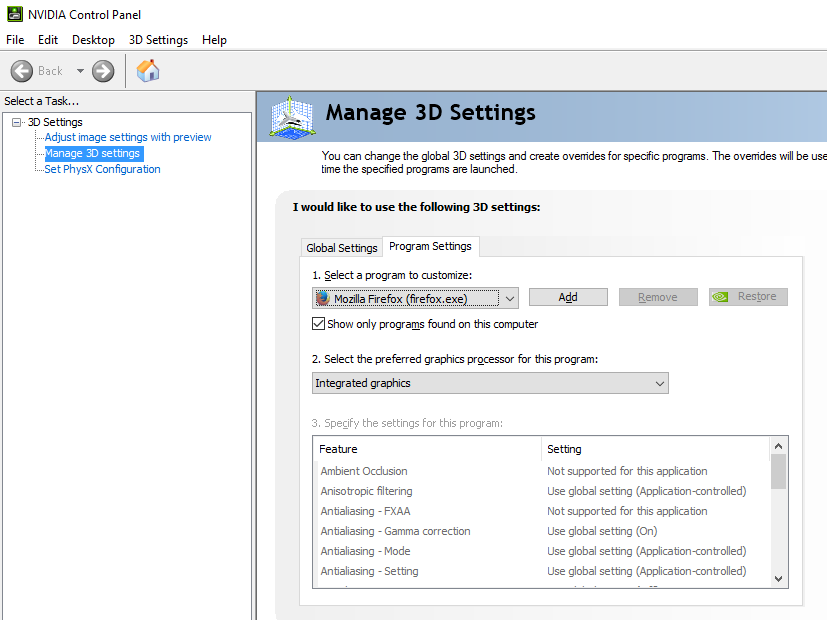 But you can see most games will select the powerful GPU as primary graphics card like Guild Wars 2. 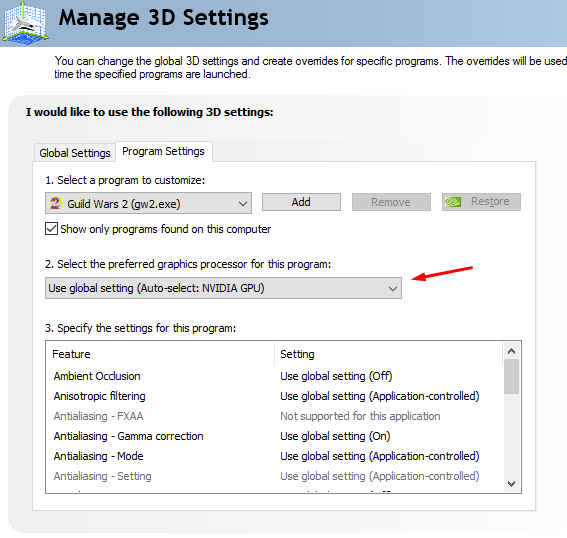 Well because OBS is an application it doesn’t always set to use Nvidia or AMD GPU and often defaults to Integrated Graphics which means it can’t record or stream from anything but other apps on Integrated Graphics.  To solve this, I would adjust your global settings and just set your powerful GPU as the preferred graphics card. 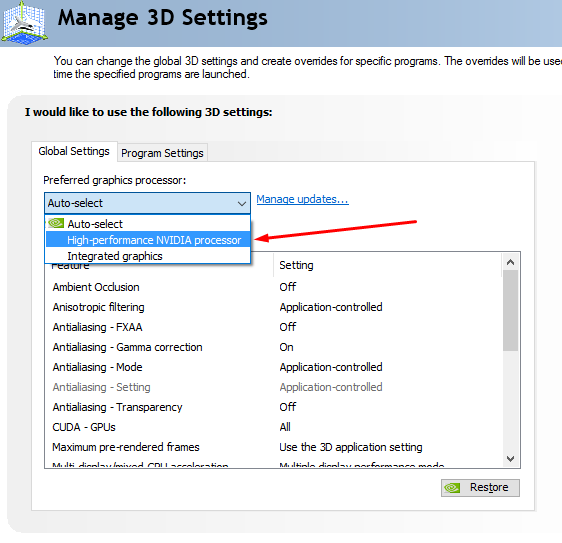 Go to your Program Settings and specifically look at Open Broadcast Software to see which video card it is set to. 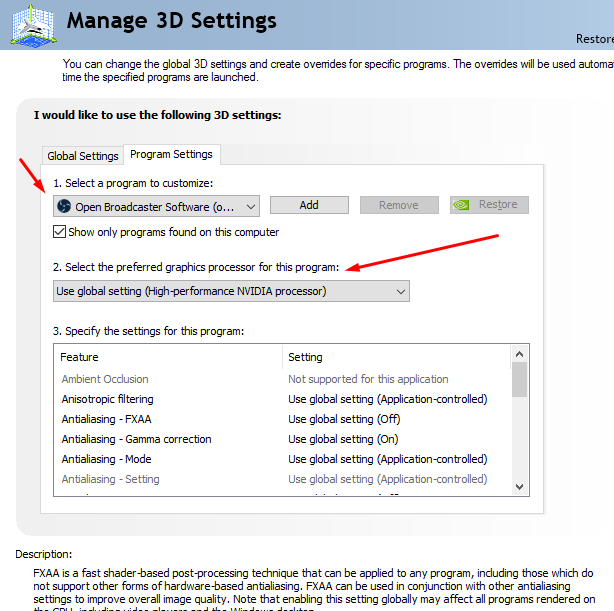 It should now say Use Global Setting and your High Performance Graphics card.  Confirm one or two games as well and you should be good to go.  Note many Steam games won’t show up as individual programs, so check your Steam app. 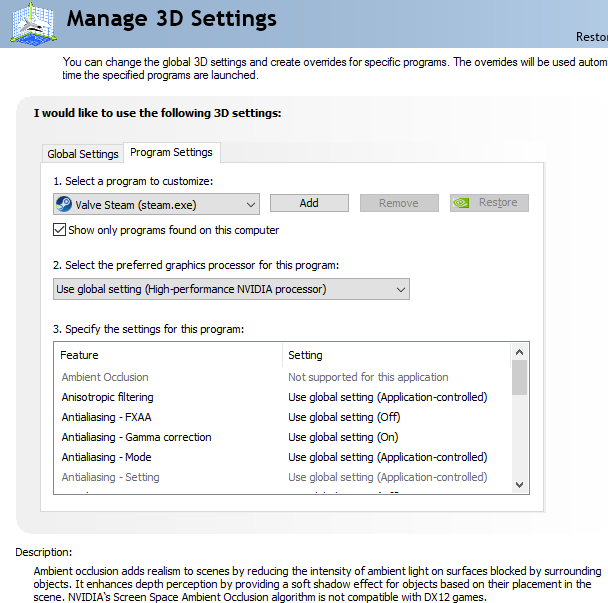 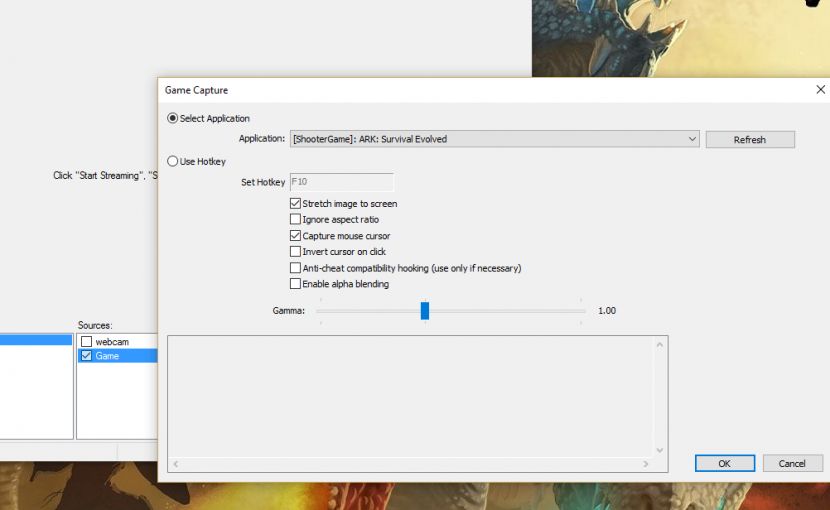 This is among the most common issues when you have a black screen when using Open Broadcast Software and desktop gamers don’t have this issue when they use a single or chained video card, this is something you only really see when you have a gaming laptop with separate integrated graphics and advanced graphics GPU with it.