I hadn’t actually reviewed a Flash Drive that worked not only for the PC via USB but also had a lightning connector and was a portable media device for your iPhone as well as your PC.  The Olala iPhone USB Flash Drive which has both Lightning and USB plugs gives you everything you would want when it comes to adding media or storage to your iOS device (iPhone/iPad) or your PC.  The one I received to review was the 64GB Flash Drive but they do sell 32GB capacity which cost a little less. 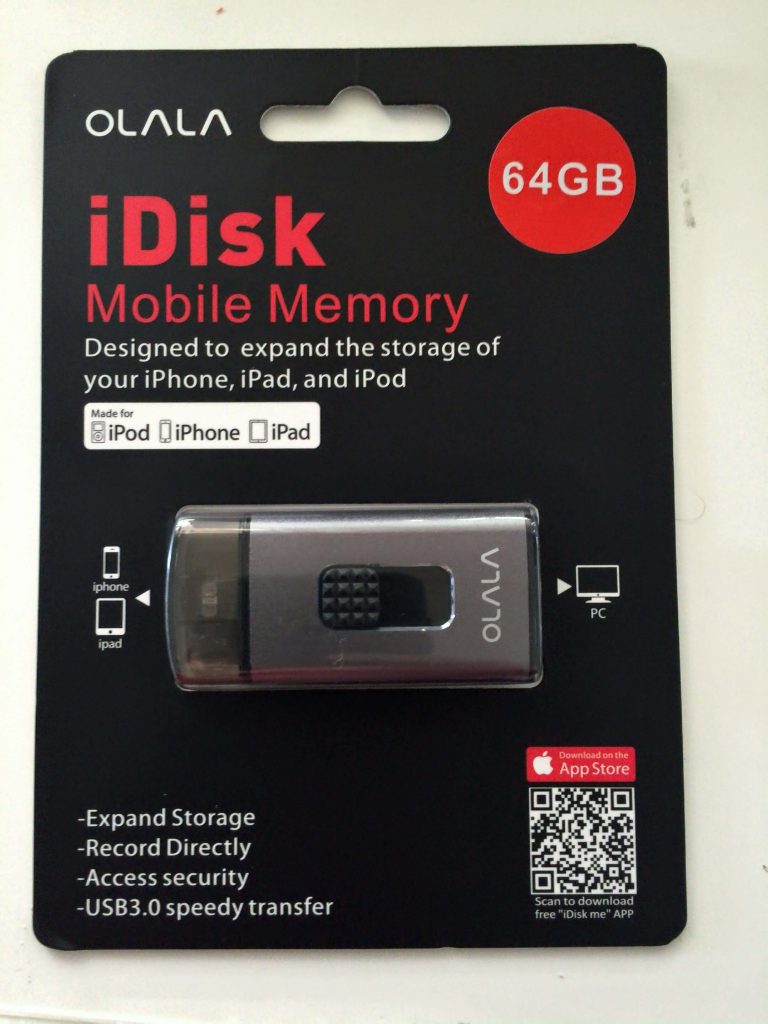 Transfer speeds were on par with other USB 3 devices when I plugged it into the PC, but I was mostly focused on how it would handle images and video transferred from PC onto the Olala iDisk so they could be read and accessed from iPhone devices.  The first thing you notice after you unpackage the device is the thumb switch on the Olala iDisk this switch alternates between the USB connector and the lightning connector.

Plugging the Olala iDisk USB Flash drive into the PC via USB port or a USB hub is easy to do and works like a charm, as expected the drive folder opens up and you can simply drag and drop media images as you see fit to your USB flash drive. 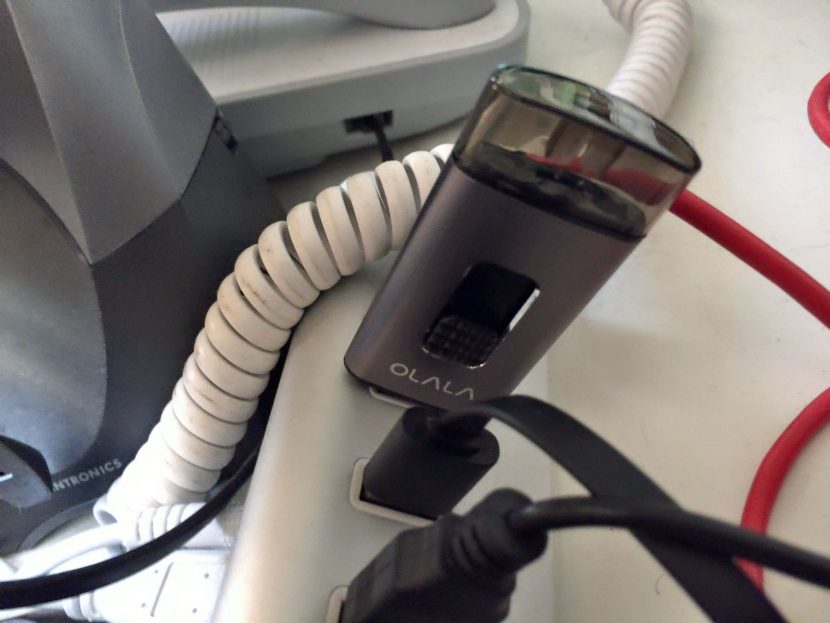 One thing I noticed is due to the short plug head and thick rectangular flash drive itself, the Olala iDisk has trouble plugging into iPhone’s that have certain cases on them.  For example the Otterbox Defender case or the ExosArmor iPhone 6 Case both provide bumper protection and the plug for the Olala iDisk Mobile Flash drive will not plugin while the case is on the phone. 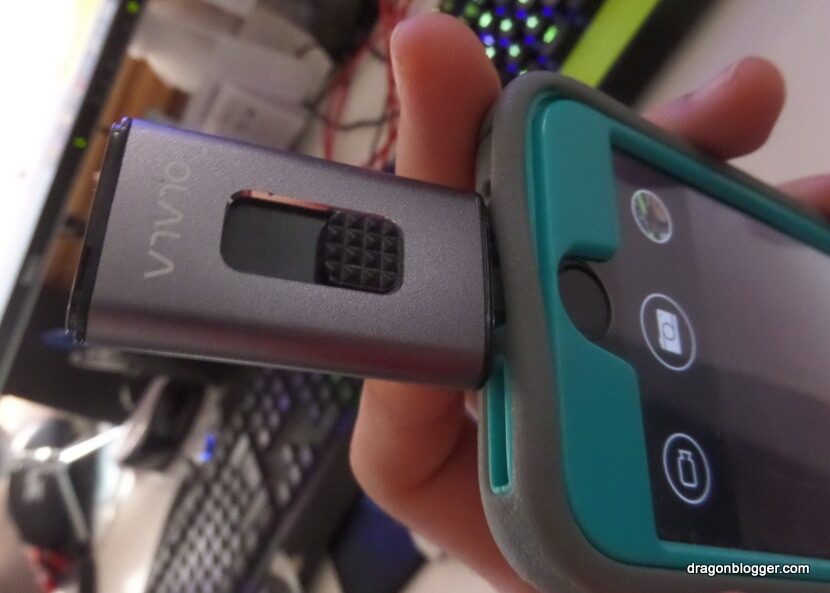 This is a bit of a pain for portability if you use one of these full protection cases as you can’t easily take the phone out of the case to use the flash drive.  On a thinner phone case like the one in the below photo, I was simply able to slide the case open a bit in the lightning plug area and plug the Olala iDisk Mobile flash drive in without issue. 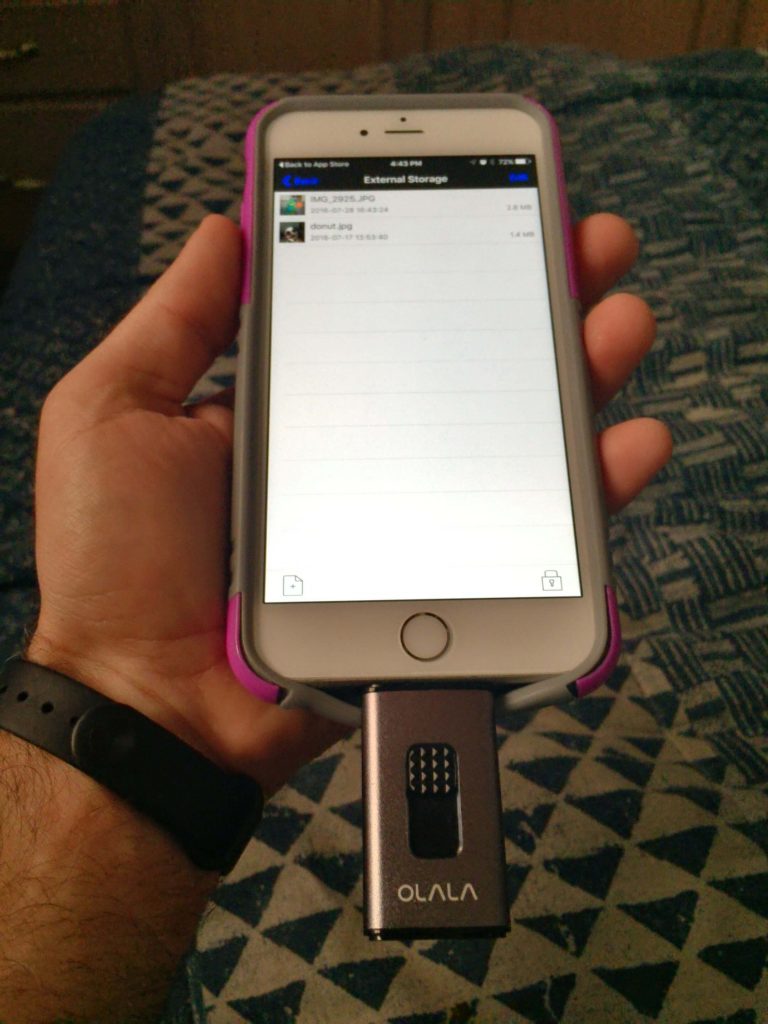 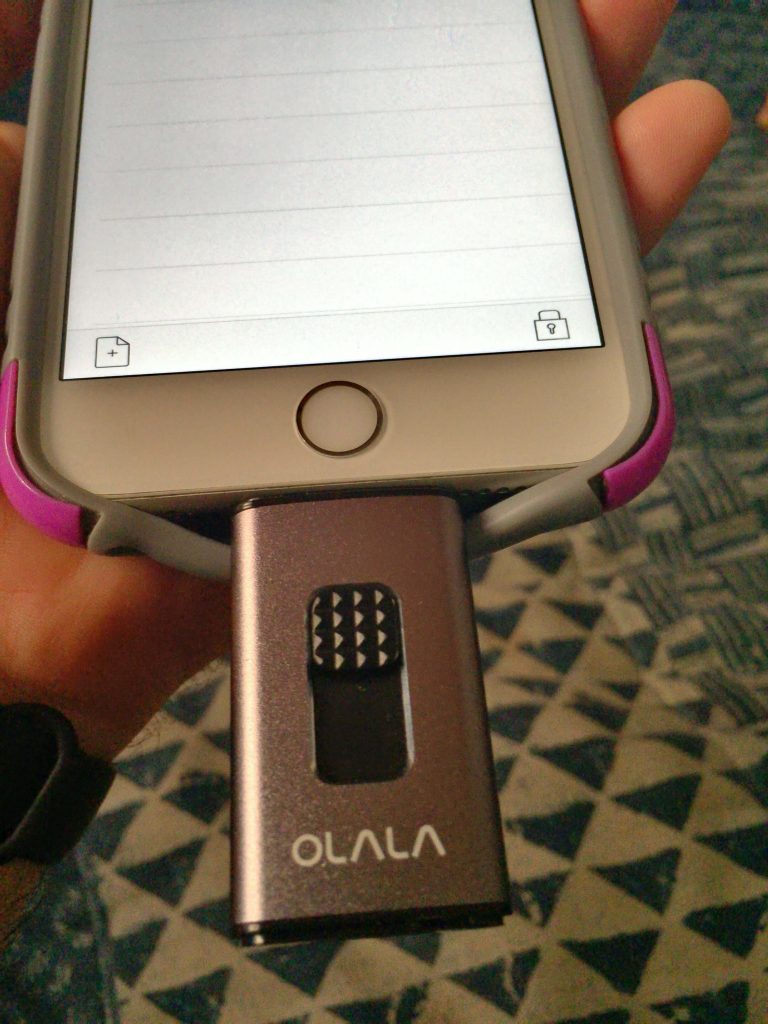 Now, to access the media on your Olala iDisk you need to download and install the iDisk Me application from the App Store.

After installing and opening iDisk Me you will have access to all media on your iPhone local storage and your Olala iDisk flash storage device. 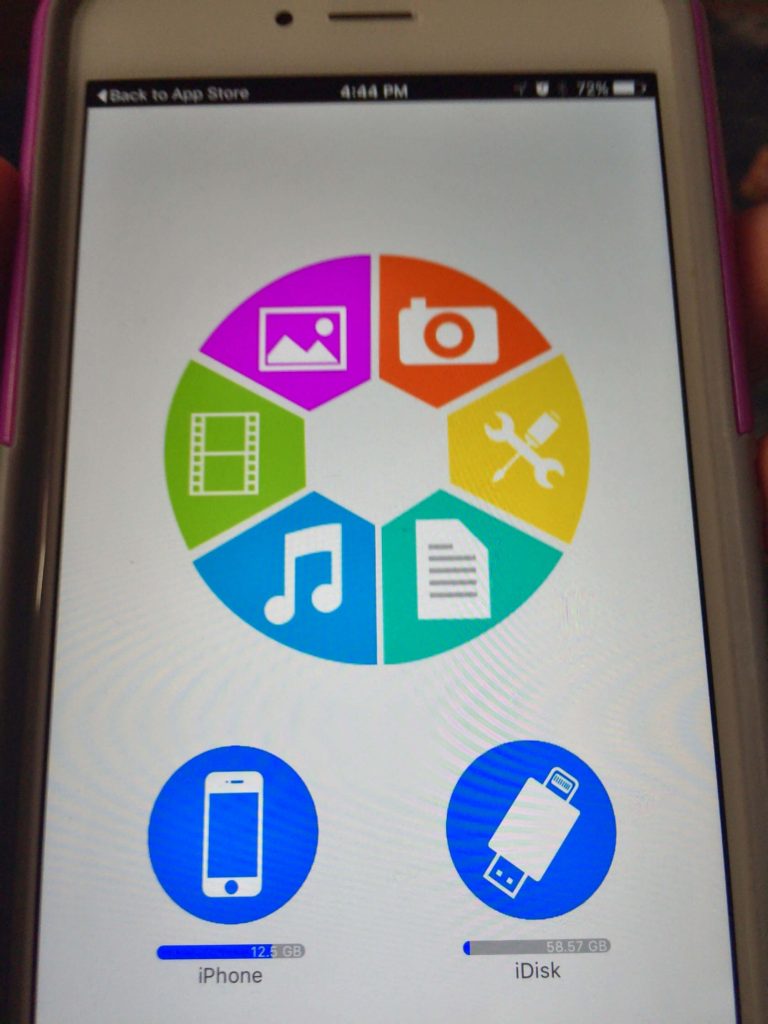 With 1 click you can transfer media from your iPhone to your iDisk Flash Drive and vice versa as you need to.  You can even choose to have your images/video default to copying on the flash drive instead of the local storage but this requires you to keep the Olala iDisk plugged in all the time into your iPhone and because the flash drive is a bit on the bulky side for a phone, I don’t see you doing this for long periods of time unless you were using your phone to film or record video and specifically had it on a tripod or mount and kept the flash storage in to store a very large video file. 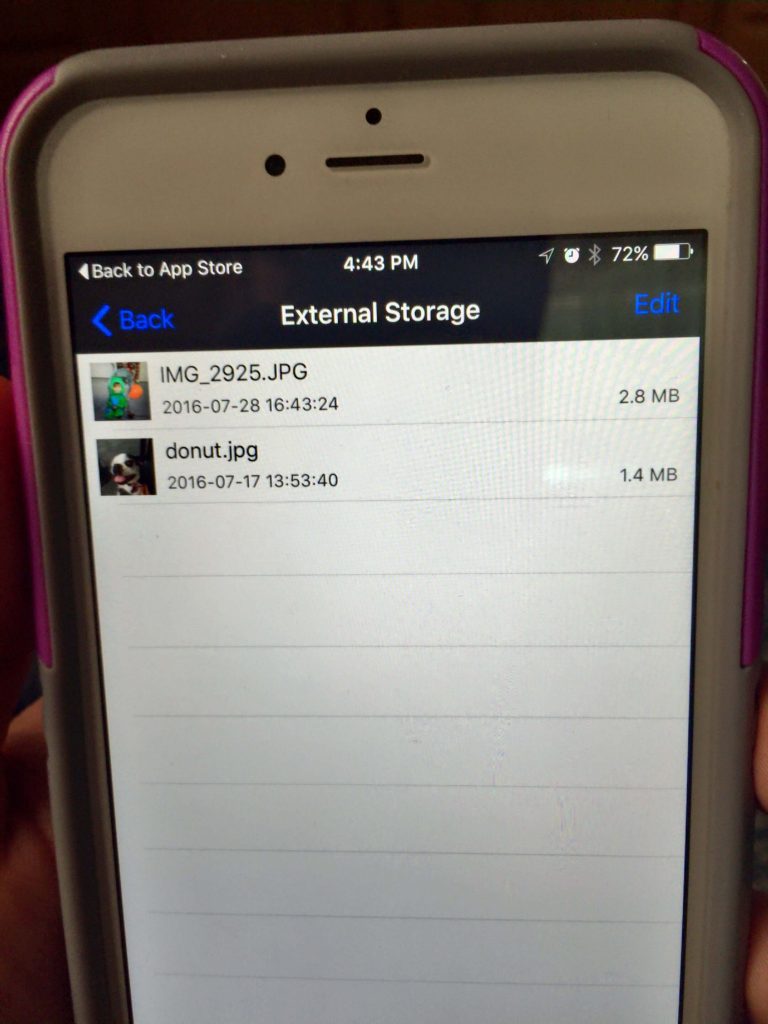 If you are someone who happens to have the lower end 16GB iPhone models, then you know that room for storing movies and video files is very limited.  So having this flash drive that can directly plug into your iPhone can save you a lot of file space and you can store quite a few mp4 files on it.  You can easily use it to backup your files from your iPhone as well if you can’t get to  iTunes or don’t trust the iCloud backup, or simply want to share those files with someone else.

The price is right in the middle lower end for iPhone flash drives, it isn’t anywhere near the most expensive which will cost $15-20+ more than the Olala iDisk, but it isn’t the cheapest either.  Obviously, an iPhone Flash Storage device costs about twice as much as just a regular USB 3 Flash drive with 64GB capacity so this device is recommended only if you have a need for iOS Flash Storage that doubles as an extra USB flash drive.  Overall I give it 4 out of 5 stars, the only thing that they really could have improved on is making the plug head longer so it would be compatible with cases that added too much bulk around the lightning interface, it needed to compensate for phone cases a bit.