The Intel AIO PC known as the Dell XPS 18 was a great computer for the bedroom, not only did it function like a TV, full computer but also it was an 18″ tablet that I could just take into bed and play Hearthstone and other games on at night. Dragging cards to play against my opponent on an 18″ touch screen was effortless.

The only thing that needed to be improved for a full TV and movie immersion was the sound, the small speakers of the Dell XPS 18 were not really room filling sound, this however was easily solved by pairing the Intel AIOPC with a Bluetooth speaker that had dual 5w drivers and you get powerful room filling sound and can put the speaker as close or far from you as you need. 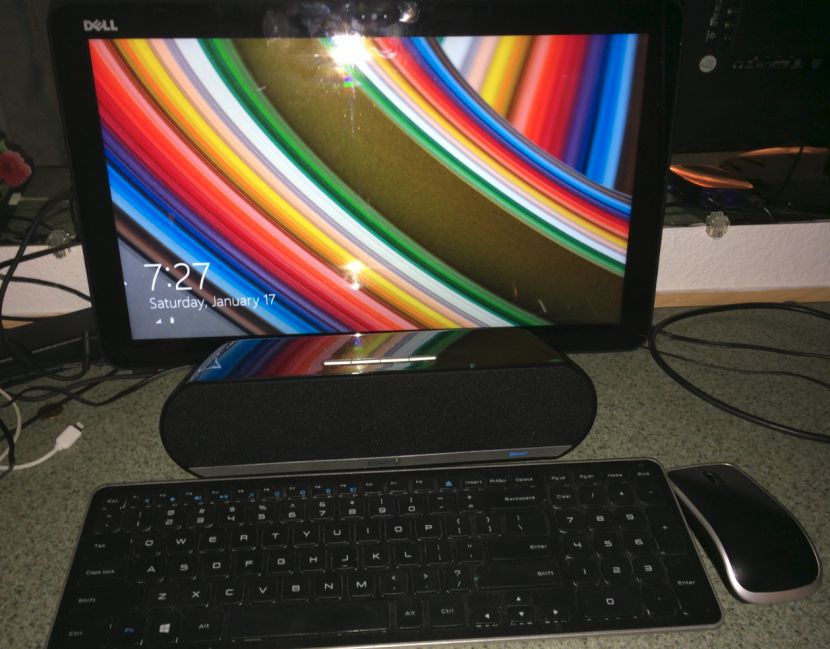 This Kinivo Bluetooth Speaker for example paired perfectly and provided an excellent amount of sound for Television shows and movies, and allowed the Dell XPS 18 to be more versatile as a part time bedroom TV in addition to all it’s functions as a computer and tablet. There is a lot of flexibility and options when it comes to using Intel All in Ones and they double as a perfect 2nd PC/Internet TV/tablet for the household able to serve multiple functions to different family members with ease.

The full power of Windows with the Onedrive syncing and you have access to the same profile, desktop and files on all your sync’d Windows 8 machines, or simply set one to be local offline only and let it be one that rotates between all family members. When my kids want to watch Netflix in their room and don’t want to use their 7″ Kindle Fire HDX screens, borrowing the 18″ Dell XPS 18 is a great way for them both to watch the same thing at the same time too.

Content Creator/Owner of https://t.co/kw5uyPB8lq for Tech, Game, Entertainment and live streamer/influencer at https://t.co/sr2qU9ewLV
DragonBloggers Live on Amazon show starts now, we have the Mystery Product and Gift Card giveaways come see what is… https://t.co/7PxgfNvOlM - 13 hours ago