I was super impressed with the Kindle Fire when I started testing it last night in my house.  My wife and I both were left disappointed by previous low end Android tablet models in the sub $300 range and we were not expecting much honestly even though I have read positive reviews on the device.

The thing is, we have the grand daddy of all tablets the iPad 2 and it would be tough to review a Kindle Fire without some comparisons.  That being said the Kindle Fire did quite well in testing and I was even surprised to see that Netflix worked perfectly on the Kindle fire as well as many of the games my son’s play and love. 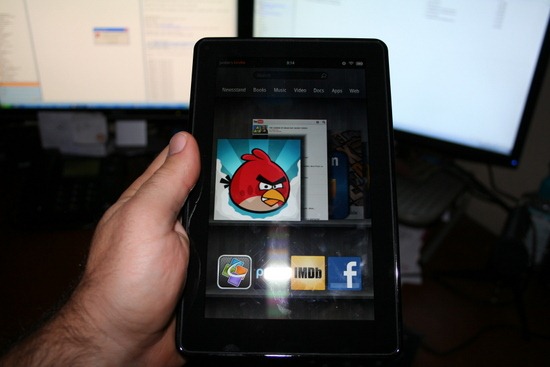 I was intending to purchase 3 Kindle Fires as presents for family members as they seemed to fit a great niche for my wife’s mother and my two kids who wanted iPad devices but I don’t have a grand to drop on an iPad for an 8 year old and a 5 year old honestly.

I had read other Kindle Fire reviews but unfortunately didn’t find the one on Ars Technica or elsewhere on how the Kindle Fire lacks the ability to block app purchases or even password protect app purchases as you can on the iPad and iOS devices.  This means the Kindle Fire isn’t an ideal gift for younger kids (especially my 5 year old who can get click happy when downloading apps from the iTunes store).  There is also no ability to disable the 1-Click purchasing for the device once it is setup with your Amazon account.

I saw several other concerned parents in the Amazon forums and I opened a feature request to Amazon to resolve this issue as soon as possible. 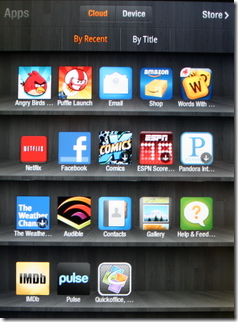 We know other Android based devices have built this feature in, so this is something Amazon can support if enough people request it as a feature.  I opened a 2nd feature request to Amazon to add screen capture capability to the Kindle Fire as well.

Kindle Fire Is Good However

The Kindle Fire is good however and the screen is vibrant, colorful and movies/video content look great.  The few free games I tested were fluid, smooth and played easily though I saw some ad popups cause a little crash with a free version of Angry Birds the first time I loaded it.  It never happened subsequent times.

The Kindle Fire also has one of the easiest to browse Android App stores out of any device I have tested.  It is easy to find and select from one of the over 16,000 apps currently in the app store.

People who were concerned over the Kindle Fire only have 8GB of local memory shouldn’t find it too much an issue.  You can very easily select which items you want to sync from the cloud to your local device, and remove them from local and sync other apps/music/video’s later.  Most people just need to remember if they will be out of range of a Wi-Fi network for more than a few hours they will want to manually download content locally to the Kindle Fire so you have some content available.  8GB is still plenty of local content if you are going to be off the Wi-Fi for several hours, and even a day or so.

I didn’t see it that big an issue as some complaining it filled up too fast, Wi-Fi is everywhere and even if you aren’t going to be home you can simply go to the nearest Wi-Fi hotspot and just switch up or add new content. 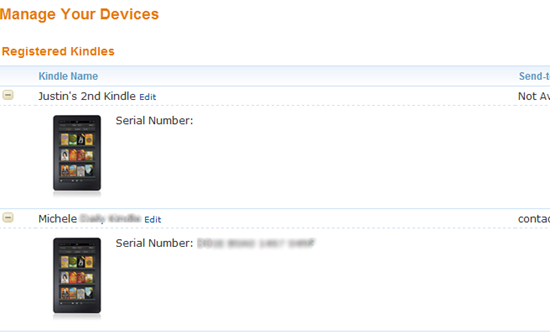 Overall I was super impressed with the Kindle Fire and am excited that I will be giving 1 or more away in a contest which starts Cyber Monday on DragonBlogger.com.  The only major disadvantage at this point giving the Kindle Fire to younger kids and trusting they won’t accidentally purchase apps on the app store, the Amazon team really should resolve this as quickly as possible.  Allow for the removal of the 1-click or password protect each app purchases on the Kindle Fire so that you can give one to your kids and not have to worry about them charging your card on file.

Note, the Kindle Fire is still amazing and I think a better bang for the buck purchase than the Nintendo 3DS since it is $30 more and way more versatile.