When the Expendables 2 movie was announced, the fans of the genre opened a Champaign bottle or hoped for a better movie than the original. This is the kind of film that you either love or hate, but the game is slightly different and frankly that’s not all for the better. At least a part of those who enjoyed it on the big screen left chanting and waiting for a sequel, but PS3 aficionados will probably have mixed feelings about this video game. 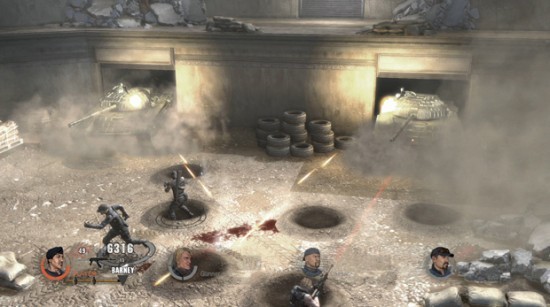 Mindless fun and faced-paced action is all you’ll get

The Expendables 2 can’t be accused of false advertising, because it doesn’t even try to present itself in a different light, or induce the idea that there is more than meets the eye about it. Sadly there is less and the more you play it, the more you’ll discover that this is not the game to replay, at least not immediately after you finish it once. This doesn’t mean that the gameplay is broken or that the commands make it unplayable, but the lack of any depth is what hurts its chances of growing into a collectable.

What you’ll get by playing the Expendables 2 is non-stop action and the chance to kill everything that moves with an impressive arsenal. Whether you prefer to snipe your enemy with pinpoint accuracy, gun down an entire regiment or engage in hand to hand combat, you’ll have plenty of opportunities to do exactly that. The melee combat is particularly rewarding because you can perform Signature Kills with each of the four heroes under your command. Due to the fact that the camera zooms in to highlight the kill and the attention developers paid to details, these deadly blows are visually satisfying. 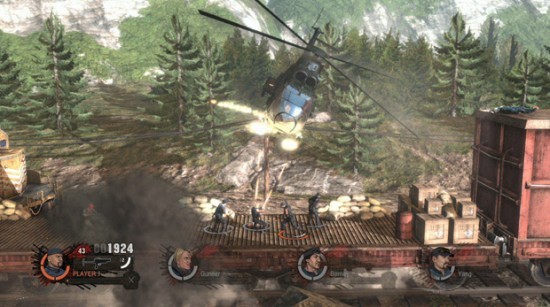 Get to meet the fantastic four

The beauty of Signature Kills is that they make the game more personal and encourage players to discover the characters. You still need to pick up Expendables icons to perform a Signature Kill, but they are not in short supply and you collect them just as easily as you collect weapons and ammunition. Jet Li, Sylvester Stallone, Terry Crews and Dolph Lundgren have lent heir voices and they sound pretty convincing, but this is not enough to make up for the lack of a coherent narrative.

In terms of gameplay, action get repetitive pretty quick and the linear campaign will not keep many players wired for too long. On Casual level The Expendables 2 is a grim joke, but things turn serious for those willing to try their luck on Hardcore and don’t mind being sent back to checkpoints over and over again. I’m tempted to give this game three stars out of five, because mediocre as it is, The Expendables 2 stays true to its name and delivers the adrenaline rush that so many were waiting for.