Even if we were to describe Persona 4 Arena as an amazing fighting game, we would do it a grave and gratuitous injustice, because this title is much more than that. While being an honored member of the aforementioned genre, it includes enough RPG elements and a cohesive story that makes it transcend the barriers. Simply put, this is a proud successor of Persona 4 with a spectacular twist that those who love fighting games will savor. 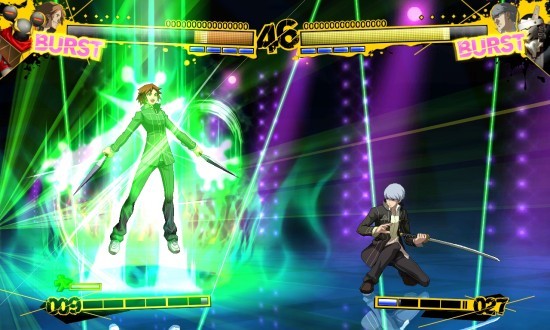 Be ready to watch before you play

At a first glance it might seem like Persona 4 Arena is the kind of game to jump headfirst into, and deliver some indiscriminate justice on the showground. This approach would suit those who haven’t played the prequel and have no connections whatsoever to the franchise, but hardcore fans will walk down a very different path. The developers worked closely with the guys who developed Persona 4 and made sure that the characters’ resemblance with the original is uncanny.

The Arena story mode is aimed at providing fans with a way of enjoying the latest release while learning more about the fate of their favorite characters from Persona 4. Don’t be quick to dismiss the storyline as nothing more than a gimmick that justifies the price of a standalone expansion, because the depth is remarkable. There are 13 playable characters and each of them has its own story and a set of quest, and players need to complete them all before moving further. It is a great way of unlocking content and a pleasant one for those who want to linger a bit longer in this fascinating universe. 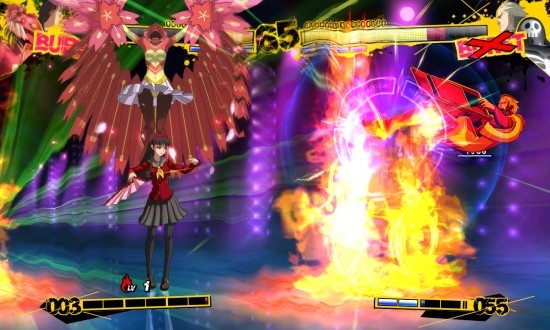 Fighting alone or with a buddy is just as fun

After or instead of completing the Arena mode, players can proceed with the more straightforward part of the game by choosing between the Arcade and Versus mode. There is no story to follow and the dialogue bits are clear and concise, so if you look for nothing more than to build effective combos and reduce your opponent to rubble this is the way to follow. The training mode is comprehensive and given the sheer complexity of the game it is advisable not to skip it altogether.

Bring a friend alone is you want to put your skill to the test or play against a stranger, but make sure to take advantage of the system’s perk of saving your best fights. You can study the entire confrontation after it is over to identify your mistakes or to break down the opponent’s game and learn from him. There are countless moves and combos to learn and master, so you won’t run out of material anytime soon. For its uncanny ability of drawing newcomers like a magnet and keep old-timers happy.