The Sleepy Hollow pilot episode on Fox opened to a 3.4 rating and over 10 million viewers which was reportedly the highest fall rated drama premiere for Fox in over 6 years.  I was eagerly awaiting to see what the show had to offer after reading initial comparisons that summed up Buffy meets X-Files as best as I can describe what I went into the show kind of expecting. 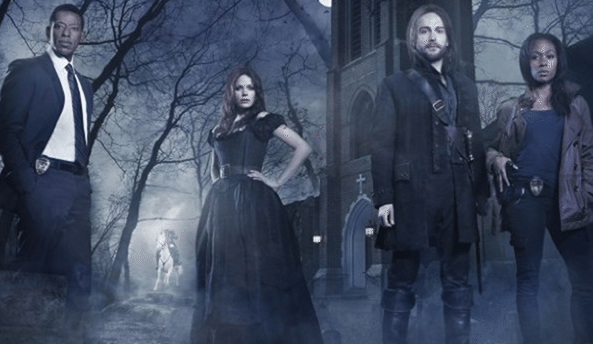 Sleepy Hollow if you don’t’ know is about the famous Ichabod Crane who while in the middle of the Revolutionary war is confronted with a masked individual seeming to ride with the redcoats.  Yet when fired up this individual rises up off of the ground and wounds Ichabod fatally, and as Ichabod starts to succumb to his wounds he manages to behead this foul being. 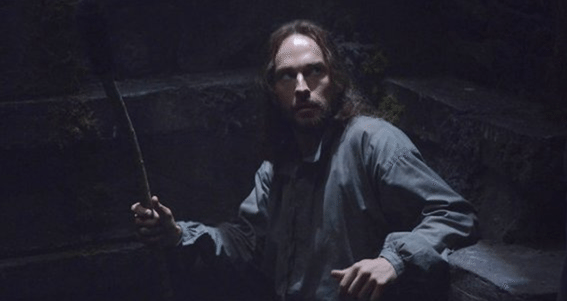 Ichabod has scattered memories of being taken to tent and bed, where his wife was leaning over him and then he awakens in modern times outside of Sleepy Hollow disoriented and unaware at first at where he is.  Tom Mison does an excellent job playing Ichabod Crane and his confusion, frustration are all viable and believable though he seems a little too accepting of the dramatic changes in the environment for 200 years, this is surmised perhaps because he may have been a man of science or invention that hasn’t yet been fully revealed. 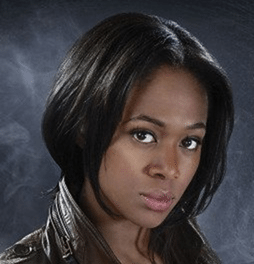 Meanwhile, Abbie Mills a female detective played by Nicole Beharie is on the verge of leaving the small town for a bigger and better career opportunity when she is witness to her partner being killed by the Headless horseman who has also been revived in modern times around the same time as Ichabod Crane.  Ichabod is the only one who can identify the killer and she has to defy orders to transport him to learn the truth and dig deeper into the story.

The show is dark, gristly, part horror and part mystery and has a premise that is hard to swallow filled with doomsday prophecy, witchcraft, the 4 horsemen of the apocalypse and a demon (at least 1 revealed) being behind it all.  We learn in the pilot that there are 2 covens of witches, one for good and one for evil and that Ichabod’s wife was a witch and she had something to do with putting him into a hibernation like sleep where his wounds were healed while he was under.  We also learn that the headless horseman and Ichabod Crane are linked by blood due to both being wounded and their blood crossing streams literally.

Though the concept is extremely far fetched it the episode played out well and the dynamic between modern day female black detective and a secret operative of George Washington from the Revolutionary War were done very well.  They even touched on some of the racial jokes and time period thoughts someone from that time frame would have and handled it gracefully while referencing it.

Overall, the show kept my attention and hand me wondering where it goes next as previous include other demons, cults, monsters and more as the headless horsemen continues to search for his head which is now in Ichabod’s hands and the quest to bring about the apocalypse continues.  The show cleverly shows off a prophecy where 2 are brought together for 7 years to fend off and prevent the upcoming apocalypse which looks to set a goal for the show of 7 years to tell the whole tale.

Sleepy Hollow repeats on Fox on tonight 9/20/13 for those who missed the premiere on Monday.  What did you think of Sleepy Hollow, share your thoughts and direction you think the show will take!