I recently had the chance to test out Streaming Audio Recorder from Wondershare and was very impressed with this software product which lets you record Internet Streaming Radio songs to add to your permanent mp3 file collection.

Now some readers have told me they can just use Audacity to record streaming audio for free, but this won’t give you the feature capabilities of streaming audio recorder nor the convenience.

First, here is a video showcasing how to record Pandora music with streaming audio recorder so you can have local mp3 files.

Now, I also used Streaming Audio Recorder to record Spotify music as well.  When you first open Streaming Audio recorder take a look at the settings and set your default output folder.  The defaults for splitting and saving tracks also include 300 milliseconds of silence will split songs into multiple tracks (this is great if you have a radio program running and want to just auto-record multiple songs in a row, but this isn’t so good if you listen to some music or electronica styles that have pauses or silences mid song that are more than 300 milliseconds, this is a rare scenario however so the defaults should work fine. 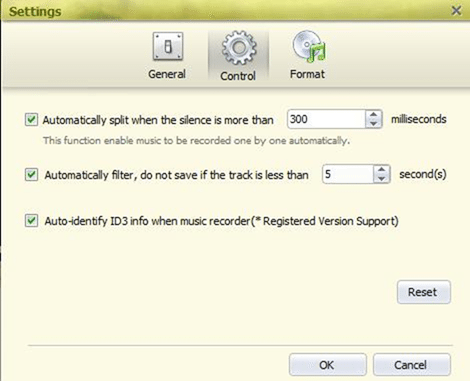 Also, not saving the track if it is less than 5 seconds allows you to switch/skip songs and not save the ones you are skipping, you can safely probably increase this to 15 seconds if you want a longer window to listen before skipping tracks.

Finally the default format is 44100Hz sample rate 128kbps mp3 which is pretty good quality by default, but you can set it higher if you want to record higher quality samples of music for listening.  In most cases this will be the quality you are listening to so default is fine. 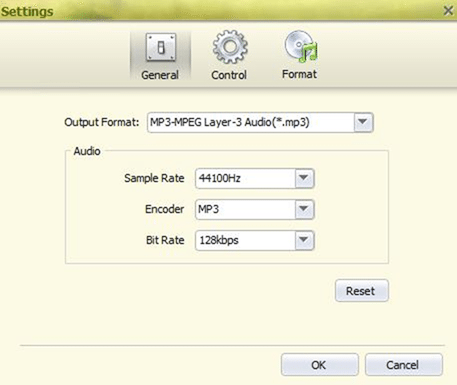 So I started Spotify and started listening to Imagine Dragons Radioactive, I clicked the record button a second before I started playing Radioactive. 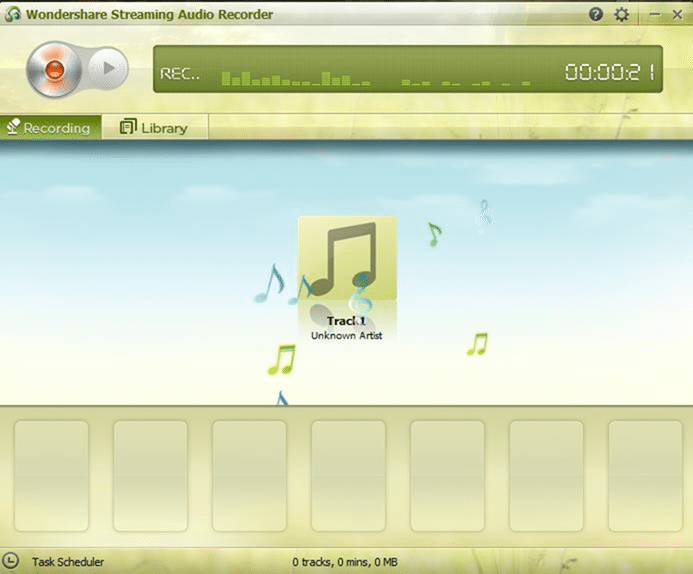 The song recorded in it’s entirety and while Streaming Audio Recorder is running you can clearly see when the program is recording.  The moment the song finished, even as it starts recording the next song the program will then use Gracenote to detect and auto-populate the metadata for the song you recorded. 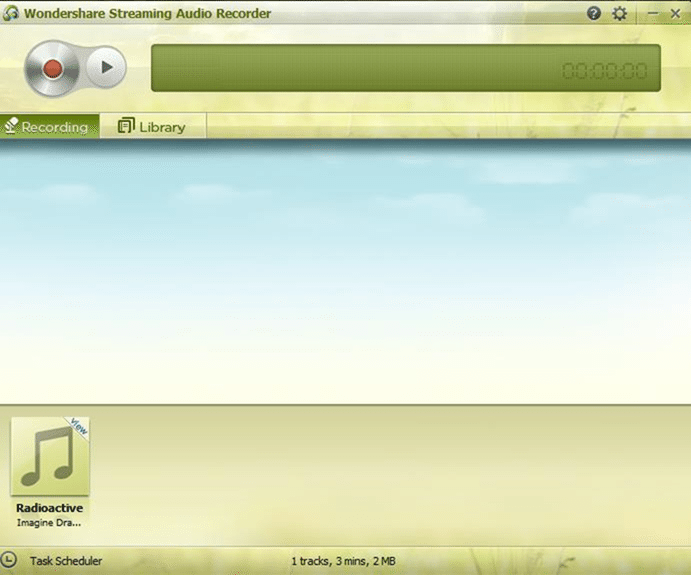 It instantly recognized, titled and added the meta for the Radioactive song from Imagine Dragons flawlessly.

Playback sounded identical in every way to the streaming Spotify version. 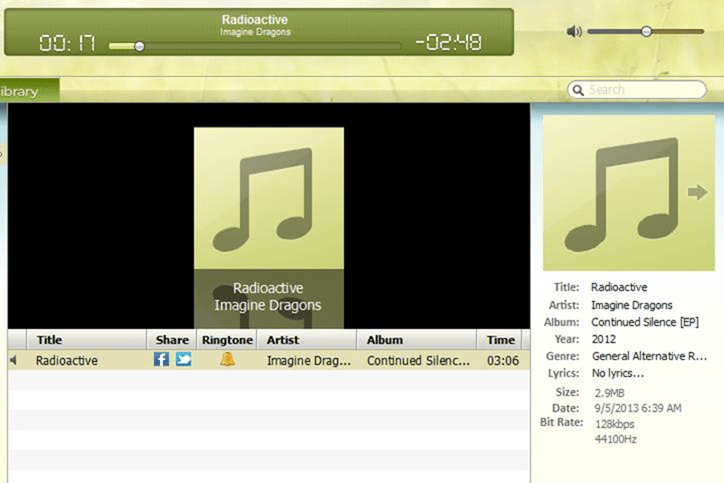 You can even use the Ringtone mode to automatically or manually pick a section of the song so that you can turn it into a ringtone.  Sometimes the automatic generation works well and picks the chorus or significant portion of the song, but sometimes you have to set the manual section of the recording you want to be the ringtone. 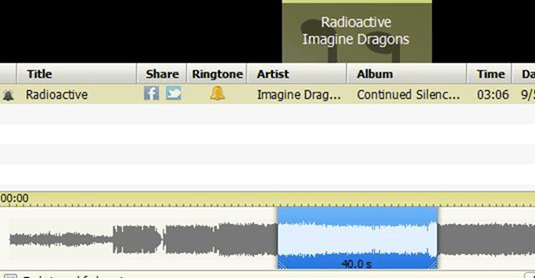 You can export the ringtone as an mp3 file or as an itunes .m4r which it will then import into iTunes for you so you can easily transfer it to your iPhone. 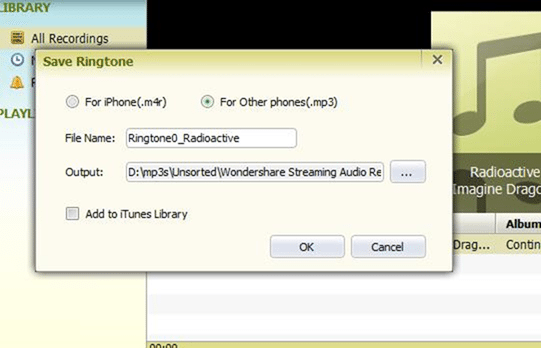 From all of my testing so far with Streaming Audio Recorder from Wondershare there was flawless recording and recognizing for all major songs and it works better than anything I have ever used previously.  I mean I was able to record all of my sons favorite songs from Internet Radio into local mp3 copies that I could put on their Kindle Fire.

Now, you may think this is illegal to record songs from Internet Streaming Radio to your local PC as mp3 files but the company says it is legal in most countries and I did some investigating and at least in the U.S. the law that lets you record music over the airwaves for personal use only still applies to digital media and appears that this is a legal way for you to record songs from the Internet for your own personal use.

You can also schedule records to execute at night while sleeping or when you aren’t home so you can have hours worth of music recorded, and instantly tagged with all the right mp3 info.  This is something you could never do with Audacity.

I would have to give Wondershare Streaming Audio Recorder 5 stars for being the best streaming music recorder I have ever used.  Honestly I never give a product 5 stars but I could find no faults in the product.

My computer even has some serious sound card driver issues, where the Soundblaster “What You Hear” or “Stereo Sound” doesn’t work, so Audacity can’t even record system sounds at all with my old Soundblaster X-Fi Drivers not working right on Windows 8, and Streaming Audio Recorder had no problem at all as it doesn’t require your “What You Hear” device at all.

Now, if you want your own copy of Wondershare Streaming Audio Recorder, all you have to do is enter this giveaway and 10 people will receive a free copy!  2 more copies will be given away randomly to mailing list subscribers, so remember when you enter the giveaway your email will be added to our monthly newsletter and 2 winners will be chosen from the newsletter instead of the PromoSimple widget.

What music would you record with Wondershare Streaming Audio Recorder?

Disclaimer: Wondershare provided me with a licensed copy of Streaming Audio Recorder so I could do a thorough review and offered up 12 licenses to giveaway to readers, 10 via the PromoSimple widget and 2 I am giving away to mailing list subscribers.