Piracy, a problem that is too common in the cyber world and a lot of people are annoyed by it. Among those annoyed are developers and consumers both. When a person buys an expensive game or software and someone he knows pirated it for free, then it will create the misconception of pirating the software in place of buying it. This is an experience that happens to many people. This is why piracy is on the rise.

According to a research, most pirated software demand an activation key in spite of being pirated. This doesn’t seem very much of an obstacle as anyone can copy it down from the internet or it already comes with the software. But, some ground facts say that the ‘Activation Key’ method poses a potential threat to data security. 65% of the pirated software samples tested positive for more than one category of malware. 24% pirated samples of Windows XP Professional were found infected with “Trojan Back Orifice” which enables remote access and control of a device. What’s more, 90% of these samples gave a “false positive” result in anti-piracy checks, passing off as a genuine product.

Here are a few products/software/games that have been pirated the most in 2014:

Photoshop is a raster graphics editor developed and published by Adobe Systems for Windows and OS X. The relation between Adobe Photoshop and piracy is not very rare. In fact, probably the most popular among pirated software. Adobe Photoshop’s price ranges from 9.99$/month to 29.99$/month, but it’s obviously free as it is mostly pirated. The last stable release came in on June 18, 2014.

The TV fantasy drama storyline based on the book series by author George R. R. Martin, Game of Thrones 4 has broken piracy records. Blog TorrentFreak found that 12 hours after the episode was aired on TV in the US, it was downloaded illegally an estimated 1.5 million times. A few hours after the first part of season four’s final chapter appeared on illegal file-sharing sites, the Demonii tracker reported that 254,114 people were sharing at the same time. The previous record was also held by Game of Thrones for the season 3 finale, with more than 200,000 people sharing at a time. 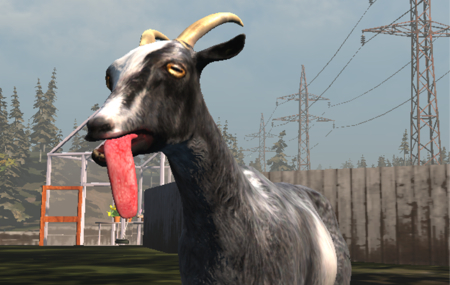 Goat Simulator is a third-person perspective simulation video game developed by Coffee Stain Studios. It was released for Microsoft Windows via Steam on 1 April 2014, and ports for Mac OS X and Linux were released on 27 June 2014. Who knew that a simulator might have been this popular and who knows maybe it is probably the most pirated simulation game. The invincible goat spread a raging fire for its demand on torrent and other game piracy sites. According to some sources, it had been ruling the piracy charts for 1-2 and some say even 3 months. The game still manages it’s way to make its way in the top 50 charts.