Now I received the Solar phone charger model number CP-A101 from our friends over at Platinum Choice. For those who don’t know, this is a portable solar panel that can charge your phone by the power of the sun.  The Solar Charger comes in several colors, and I received the blue one to review. Now the color is different on the back side from the front on mine.  Color choices are Camo, Orange, Green, Blue, Silver, Black, and Yellow.

The next few pictures show you the color and package of the Solar Charger Panel I received. 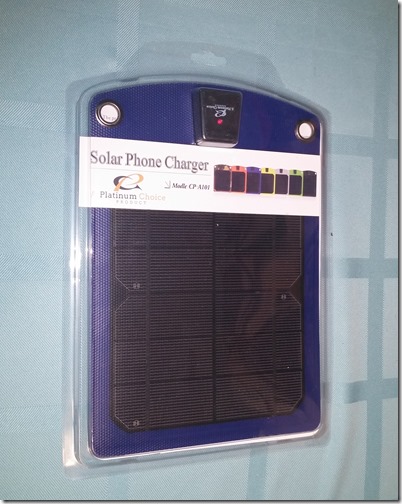 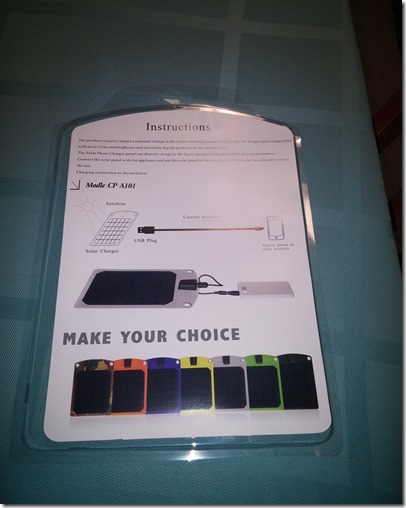 Now in these next two pictures you can see the color from front to back and how it varies in color. 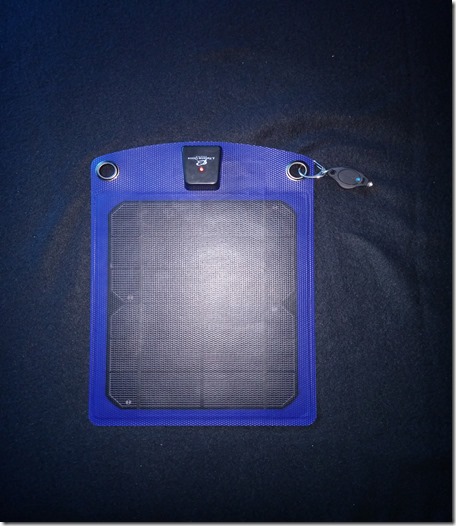 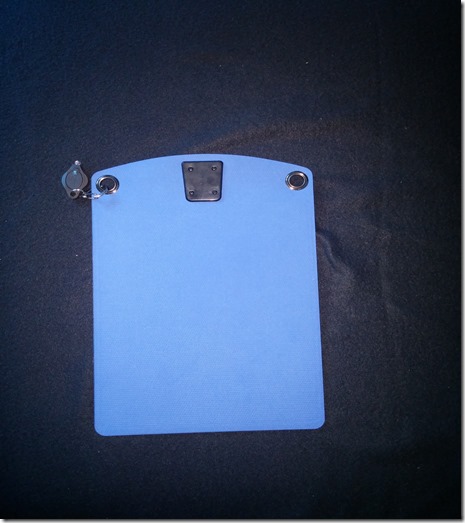 As you can see the color varies quite a bit, and is different but both colors are nice looking and pair well with the theme. The package itself contains just the solar panel and instruction on how to plug your device in to it.

It is quite simplistic so you don’t need much. The panel itself is  7.5 inches by 11 inches so it not that large which is nice, and can easily be set out on a table or up against a tree in direct sunlight.

The darker side has the solar panel which needs to face the sun. On the panel there are two large rings. The are a little over half inch large and for hanging the  panel of a back pack or something else, so if you walk in the sun with it behind you, it can charge the device while you walk.

I used one clip to hang it of my back pack which you can see in this next picture which has my beautiful daughter modeling for me. 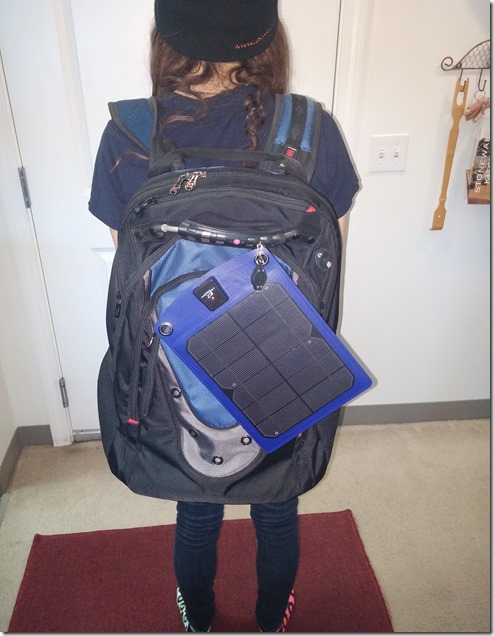 Now you could use some Para cord  or some other style clips or rope to  hang it from.

I tested the Platinum Choice Solar panel with a few different devices,  the devices I used was a LG G3, LG ENVY, KYOCERA, iPod and my Samsung Camera.

All devices worked fine and charged well. At first I tried the iPod Touch and it wouldn’t charge, but when I used a different cable I was able to get it to succesfully charge so it must have been a bad cable.  I don’t have an iPhone but the company mentions it can charge an iPhone and Samsung Galaxy phone.  The Solar Charger is easy to plug a device into and use which is a nice touch as  you only need the cord that came with your devices as long as it a USB style plug. 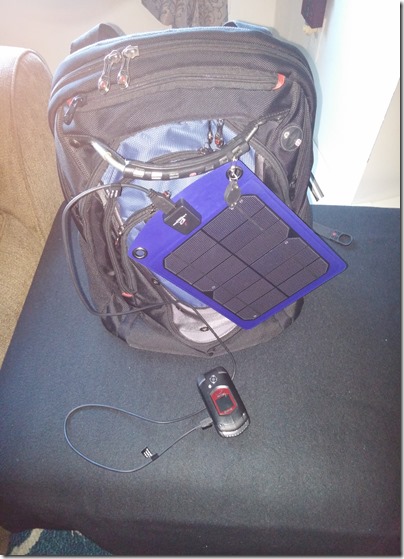 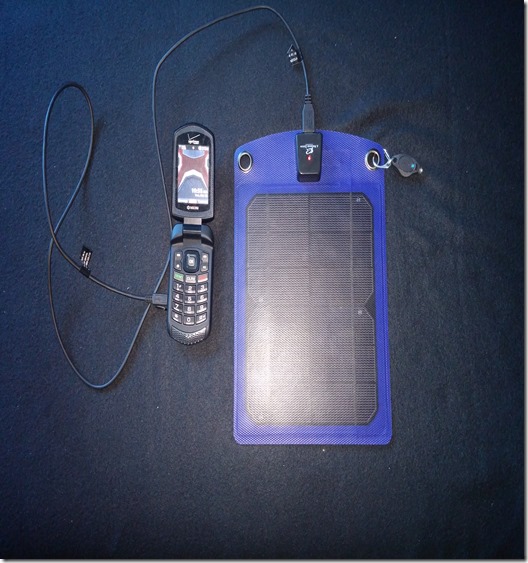 This is particularly awesome if you wanted to spend a day at the sunny beach, park, skiing, or any other activity. It would also be a great device for a long drive just in case the car broke down and you needed to charge your phone to make a emergency call.  As it doesn’t rely on a battery as long as you have sunlight you can power a device in a pinch.

Now I didn’t get to get pictures of it charging outside due to high winds and frigid temps when  I was testing it. One thing I would like to point out is that it chargers better in 100% sunlight. Now it will charge in partial clouds but just not as fast as with full sun. I would think that snow would help reflect the light better also.

BONUS: Platinum choice sent us a code for 40% of for are readers input this code when ordering at check out. ( code is =  XP4WLCJK   )

Disclaimer : PLATINUM CHOICE sent me a Solar phone charger model number CP-A101 to review. All opinions are mine and mine alone!