Eve Online is one of the most popular MMORPG role-playing games in the whole world. The actual gameplay occurs in a space-based world. This sci-fi masterpiece was developed and published by the CCP Games game studio in 2003. Eve Online lets its players get a felling of what it’s like to be in the space station and participate in a lot of activities within the solar system like trading, mining, piracy, exploration, space combat and many more. In this multiplayer online game, the users can battle against each other or other members of the surrounding environment. The total number of star systems in this game is equal to 7800 and they can all be visited by the players. Get in one of Eve Online ships and start your journey right now!

Eve Online game play is known for its special effects and complexity which is determined by the intensity of players’ interactions. You can engage in a lot of competitions and wars with other players throughout the game. In addition to that, the users will have a chance to take part in the largest battles of the EVE universe. It can amount to over a thousand participants, all competing in a single solar system. Typically, the battle would last around 21 hours. The game gained a world-wide appreciation due its videos exhibiting the virtual space stations, historical events and players’ accomplishments at the Museum of Modern Art.

Eve Online was first launched in May 2003 by Simon & Schuster Interactive for North America and Europe. After that, CCP Games purchased its commercial rights and started publishing it through a digital distribution plan. On the 22nd of January, 2008, CCP Games announced that the digital distribution platform Stream would be responsible for the game’s distribution. Released by Atari, the game was available in stores on the 10th of March, 2009. According to a report made by the company in Feb. 2013, the game had more than 500.000 subscribers. Eve Online launched its free to play game version on the 11th of November, 2016. 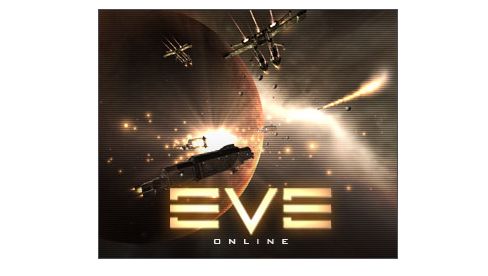 Eve Online is considered as one of the best games in science fiction universe due to its amazing expansions through the years which played a positive role in the development of the player’s characteristics. Eve Online went through 40 expansions developed by CCP Games which were:

When it was first launched, Eve Online’s ratings were quite average. But as the players became more familiar with that masterpiece, they’ve noticed a lot of its positive characteristics. The first version, released in 2003, gained 74.50% on gamerankings.com and 69% on metacritic.com. But, by the end of 2009, EVE Online: Apocrypha gained 88% on Metacritic and 89% on Game Rankings. Those improvements put the game among the greatest 100 games of all times according to PC Gamer list.

What is Eve Online Plex?

Plex is a fast and easy an way to extend your Eve Online Subscription. Are you interested in buying the new game or extending the subscription for the one you already use? If it is indeed the case, you can buy a Eve Online 1 or Eve Online 2 Plex gift cards from one of the selected online gift stores. These cards are worth 20 and 35 US Dollars respectively.