LOS ANGELES – July 16, 2019 – Playmaji, Inc. and extreme Co., LTD today announced that Polymega™ – the world’s first HD modular game console – will include five licensed TurboGrafx-16/PC-Engine pack-in titles on the EM04 “Turbo” Element Module Set. With it, owners will be able to play original TurboGrafx-16 and Japanese PC-Engine HuCard games on the system region free, using either OEM controllers or the in-house designed 6-button “Turbo” retro controller, one of which is packed in with each Module Set. TGCD and PCE CD games can be played through the base unit itself, without the need for a module. 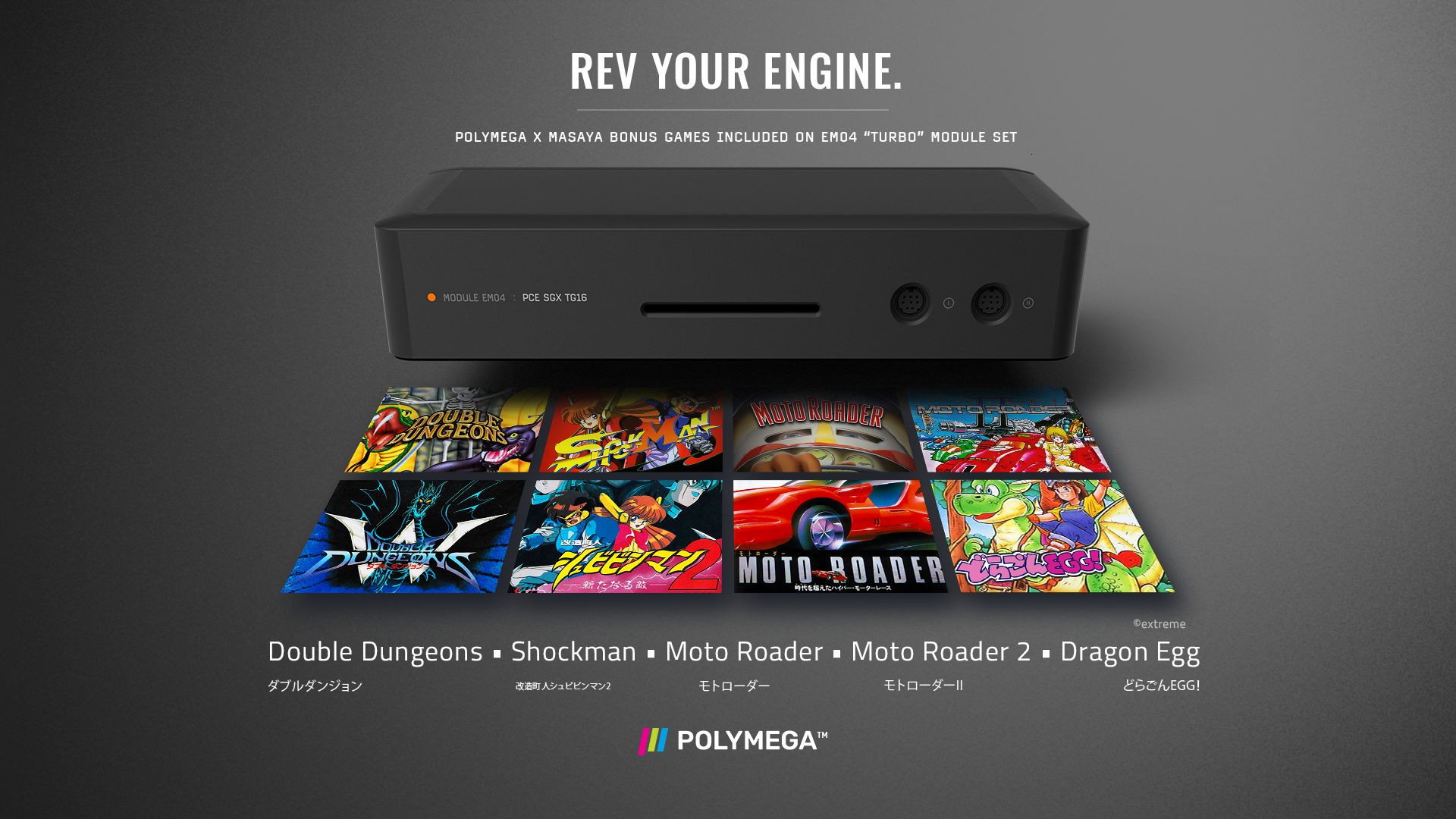 With the unveiling of these five pack-in titles, Playmaji’s commitment to preserving both popular retro games and hidden/import gems is even more clear. “We’re huge fans of the TurboGrafx-16/PCE,” says Bryan Bernal, co-founder and CEO of Playmaji, Inc. “It’s exciting to share with players a great new way to explore this wonderfully underrated system through five great classic digital pack-in games as part of our partnership with Japan-based extreme Co.,LTD and the Masaya Games brand.”

With Polymega, retrogaming fans can play an ever-growing list of classic game cartridge and CD-based game systems in high-definition, without the clutter and sub-par video quality of decades-old hardware. It supports original classic games media and controllers for everything from the 8-bit NES, up to difficult to emulate 32-bit systems such as the Sega Saturn. It’s the perfect game console for players looking for an authentic, yet modern classic games experience for their living room.

Polymega was recently featured at E3, where the prototype hardware was “put through its paces” by Digital Foundry and Modern Vintage Gamer, Tom’s Guide, and more.

Playmaji, Inc. is a California-based specialty developer, producer, and manufacturer of next-generation video game-related products for new and retro game consoles. The team has a diverse background and has shipped products such as AAA video games Ratchet & Clank and Titanfall, digital storefronts Google Chrome Store, Vizio M-Series TVs, and the Roku 2, 3, and 4K TV boxes. To learn more about Playmaji and Polymega, please visit https://www.polymega.com.