Brian Alford brings us over 12 minutes of gameplay footage and his honest feedback about The Amazing Spiderman 2 video game for the PlayStation 4.  Watch and see if you share his opinions based on the gameplay.

For those who don’t have 12 1/2 minutes to spare, the game was in the mediocre caliber not taking advantage of the graphics power of the PlayStation 4 and in the end Brian deems it a rent not buy. 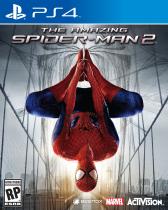 Evil never sleeps. Embrace your power and protect your playground.

What started out as the search for a killer very quickly becomes something so much more. In a unique story set alongside the events of the second film, Spider-Man discovers he’s not the only one tracking down Manhattan’s criminals. The underworld has been turned upside down with a one-man campaign of violence and murder that has captured the city in an iron grip of fear. Villains from the film as well as fan-favorite, classic Marvel characters are woven together in a twisted web of adrenaline-fueled, free-roaming, web-slinging action that puts players on a collision course with an evil far beyond Spider-Man’s reckoning.