SAN FRANCISCO, July 19, 2018 /PRNewswire/ — Razer™, the leading global lifestyle brand for gamers, today announced a collaboration with Capcom and Marvel to produce a Razer Panthera arcade stick for “Marvel vs. Capcom®: Infinite” on the PlayStation™ 4. 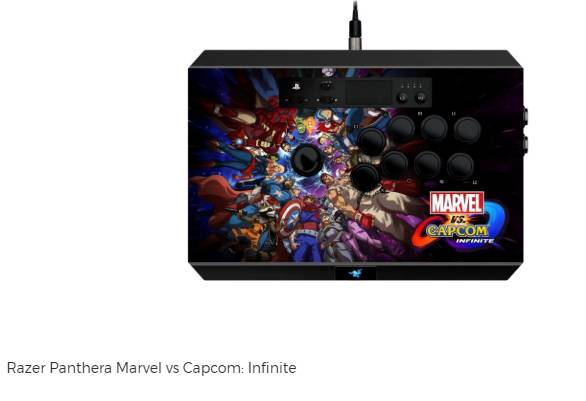 The high-quality fight stick for PlayStation 4 features original Marvel vs. Capcom themed artwork that pays homage to the beloved game franchise and universe. The controller was tested by some of the world’s best esports athletes, and it is customizable and constructed with competitive gamers and modders in mind.

The special-edition Panthera is built with premium Sanwa hardware components: 10 buttons and an eight-way joystick. Competitors may customize the arcade stick to suit a variety of playstyles thanks to its modular construction. Internal storage compartments reveal dedicated slots for a detachable screw-lock cable, screwdriver and additional storage for two extra buttons. It also features a tournament gaming mode and compatibility with major fighting games.

For more information on the Marvel vs. Capcom Panthera Arcade Stick by Razer, interested parties may go to www.razer.com/panthera-mvci. 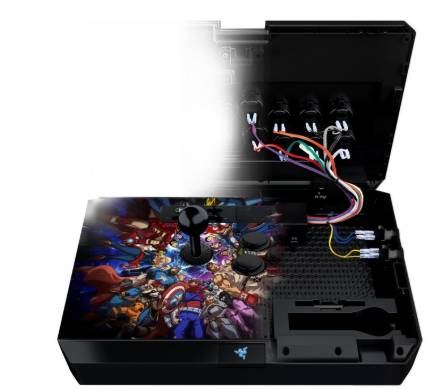 Razer™ is the world’s leading lifestyle brand for gamers.

The triple-headed snake trademark of Razer is one of the most recognized logos in the global gaming and esports communities. With a fan base that spans every continent, the company has designed and built the world’s largest gamer-focused ecosystem of hardware, software and services.

Razer services include Razer zGold – one of the world’s largest virtual credit services for gamers – which allows gamers to purchase virtual goods and items from over 2,500 different games.

Founded in 2005 and dual-headquartered in San Francisco and Singapore, Razer has nine offices worldwide and is recognized as the leading brand for gamers in the USA, Europe and China. Razer is listed on the Hong Kong Stock Exchange (Stock Code: 1337).