Steven Spielberg is about to give the world another epic true story film with the upcoming Lincoln.  This biographical war drama is not only directed by the famous man but also produced and has an all-star cast for the latest movie about the President who abolished slavery and united the nation. 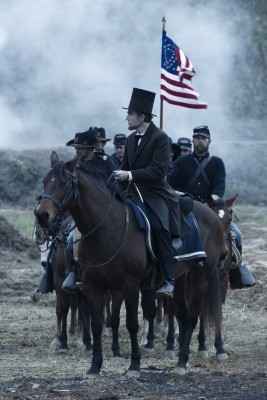 While the film is based on Team of Rivals: The Political Genius of Abraham Lincoln, a biography written by Doris Kearns Goodwin, it only incorporates the last few months of Lincoln’s life in the film.  Spielberg chose to only utilize the last few months of Lincoln’s life, that which was the end of slavery and the Civil War, because his entire presidency is “much too big” for a single film; and honestly attempting to do more than one would probably not be successful.  Plus Spielberg wanted to his film to show Lincoln working, especially with the close vote in the House of Representatives over the Thirteenth Amendment.  His exact phrase “that story I’m excited to tell.” 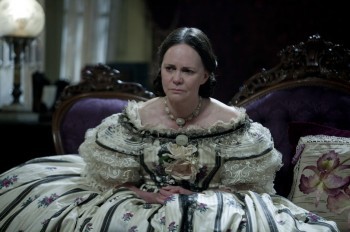 What might be interesting is that the script for Lincoln was started six years ago.  Since it took so long to actually film the movie (Liam Neeson was originally cast in 2005 as Abraham Lincoln himself) some things did change, such as Daniel Day-Lewis taking over the role of the famous president.  Other famous people who star in the film are Sally Field as Mary Todd Lincoln and Joseph Gordon-Levitt (who recently starred in “Looper”) will be the Lincoln’s oldest son who became a Union Army captain.  Tommy Lee Jones plays Thaddeus Stevens, who was a radical republican and congressional leader as well as a fervent abolitionist.  Probably the most interesting actor in Lincoln is Hal Holbrook who portrays Francis Preston Blair.  The famed man not only won an Emmy for portraying Lincoln in a 1976 mini-series, he also played the president in the North and South mini-tv series.

On the Confederate side is Jackie Earle Haley (Vice President Alexander H. Stephens) and Jared Harris (General Ulysses S. Grant).  Walton Goggins plays the Democrat Wells A. Hutchins who went against his own party and voted for the Thirteenth Amendment.  Even James Spader has a role as William N. Bilboe, another Democrat who ended up lobbying for the Thirteenth Amendment.

The movie releases on November 9 in a limited area but goes worldwide on November 16.  Interestingly enough the release coincides with the 150th anniversary of the days which lead to the Emancipation Proclamation.