Unless you are willing to spend the extra money up front and buy an SSD drive right off the bat which tends to increase the initial cost of a laptop by quite a bit or you have an ultrabook which almost always has an SSD drive but at a low capacity compared to an HDD drive you are using a regular old fashioned platter HDD drive inside your laptop.

All of the budget laptops from every company from Dell, Lenovo to Asus and HP use 5400RPM HDD drives as the most common type of drive in a laptop less than $700 dollars.  This is fine for getting a cheap 512GB of storage but you will likely have at some point complained about the load times of Windows itself or applications, or if you haven’t you really don’t know how much faster an SSD drive really is. 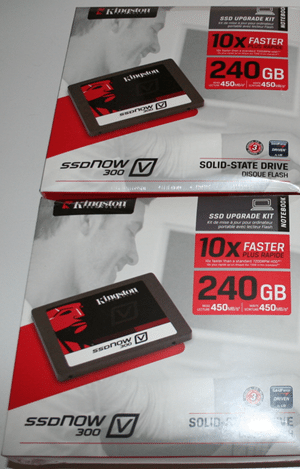 Replacing your Hard Drive with an SSD drive will give you drastically more performance and is highly recommended if you have some budget to upgrade your laptop without replacing it entirely.  This typically works if your hard drive doesn’t have a lot of storage used or if it does, you don’t need to keep most of it on the hard drive and can offload some of it to a USB thumb drive or separate storage drive as SSD drives again are much more expensive and you usually trade off drive size for performance.

So my kids have 2 Lenovo Z575 laptops both of which had 512GB 5400RPM Hard drives, I replaced both laptops hard drives with a 240GB Kingston HyperX 3K SSD and the performance difference was quite clear immediately.   Load times went from 24 seconds from power off to Windows login screen, to 6 seconds with the SSD drives.  All applications from Chrome to Guild Wars2 and Minecraft loaded in about 1/2 the time as compared to loading them on the Hard Disk Drive and you can even MMO’s seem to play a little faster as some do a lot of disk writing as you play and this can be greatly improved by having an SSD over an HDD.

Replacing your laptop drive and cloning your root disk is surprisingly easy with the Acronis True Image software provided with the Kingston SSD drive and you can even use it to clone a larger hard drive down to a smaller SSD drive provided you have enough spare disk space unused on the source disk.

The first thing you want to do is plug in your Kingston SSD drive to your USB port in Windows, and format the new SSD drive in Windows.  The Kingston SSD drive comes with a case that you can slip the drive into and then the enclosure will allow you to plug it into your computer’s USB port. 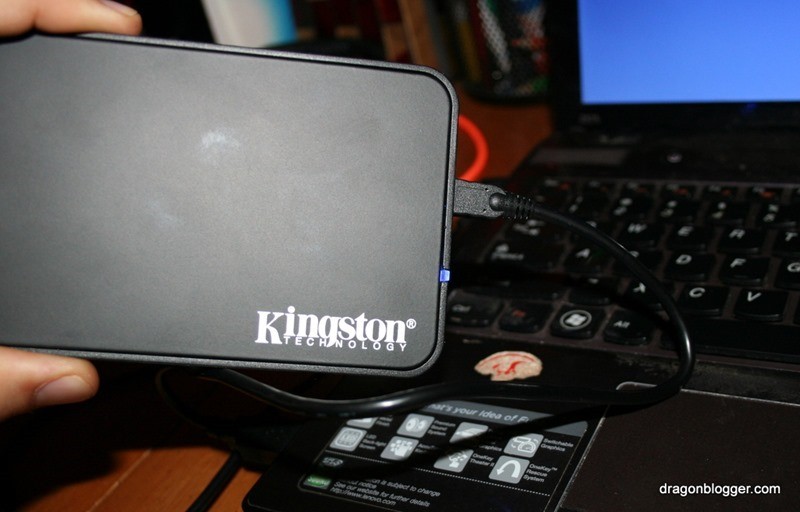 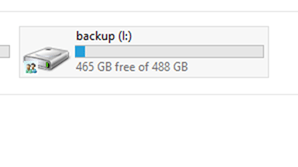 I say 20GB over because if you clone a hard drive that is too close to 100% capacity you won’t have enough room for Windows updates, software updates and any potential new software, so my rule of thumb is always 20GB or more free over the capacity of your new SSD drive.  You will likely have to uninstall programs or move/backup much of your data to external drives or flash drives/DVD if you need to make room before you clone. 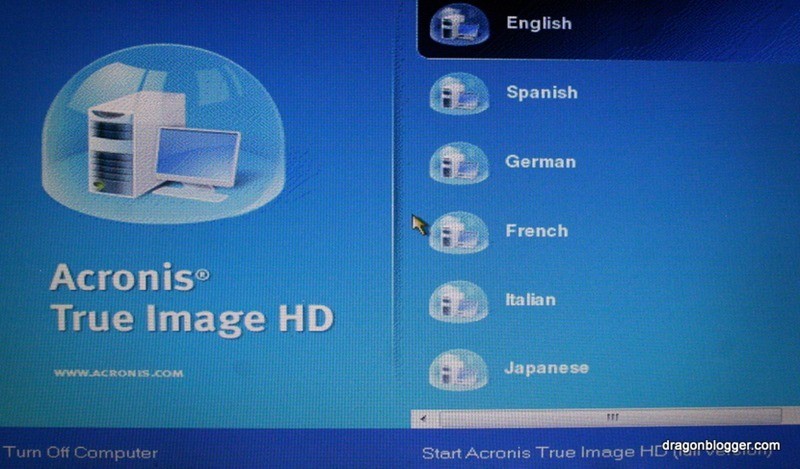 Once you boot to the Acronis menu and select your language, you are presented with your options.  Here you will want to select “Clone Disk”. 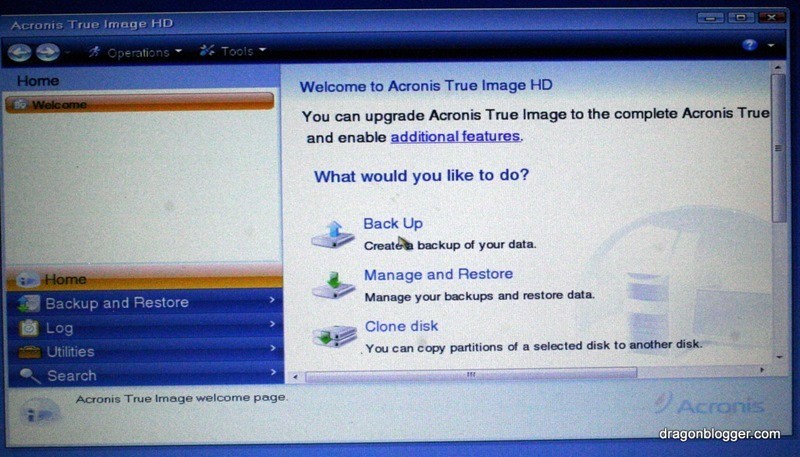 After you select clone disk, you will want to select manual unless the drives were exactly the same size which they probably are not. 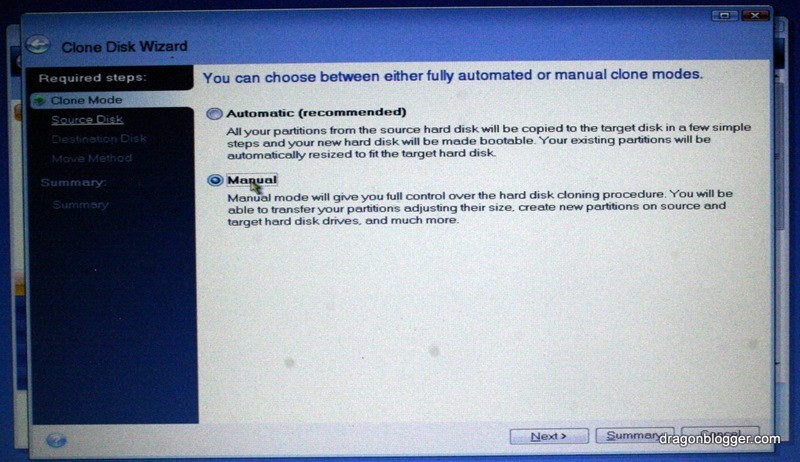 Now you select your source disk, this will be your Serial ATA drive that is your original hard drive, don’t worry if it says the capacity is more if you have enough free disk space. 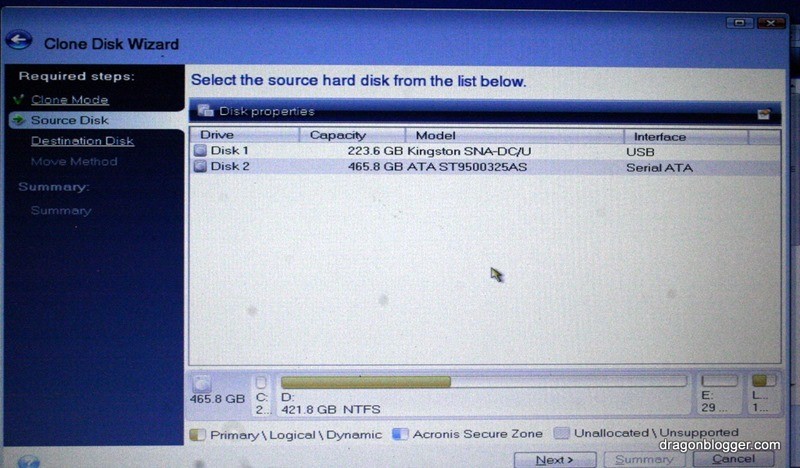 After selecting your source disk and clicking next, you now select your destination disk which will be the Kingston SSD drive and be connected via USB. 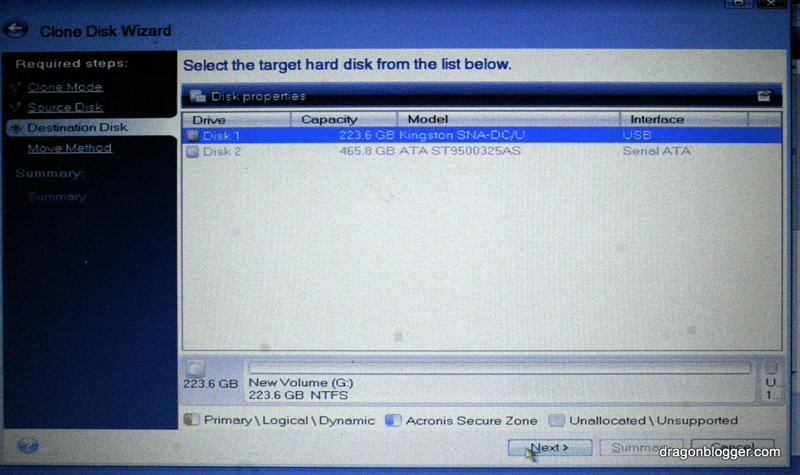 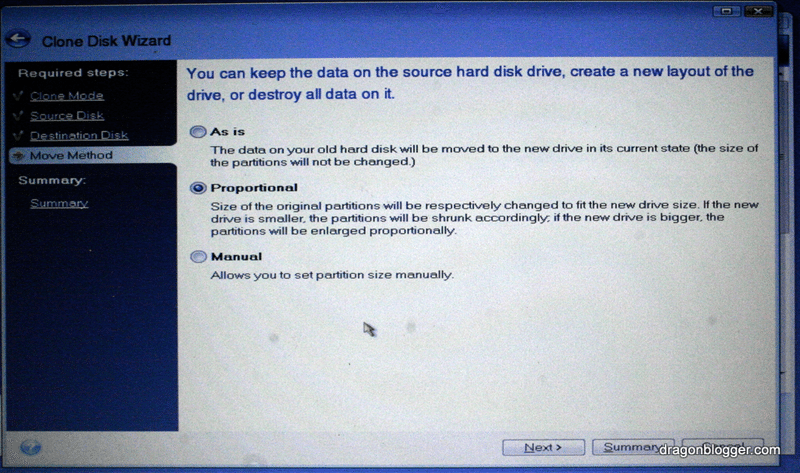 Next the copying should be started after you click next and start the process. 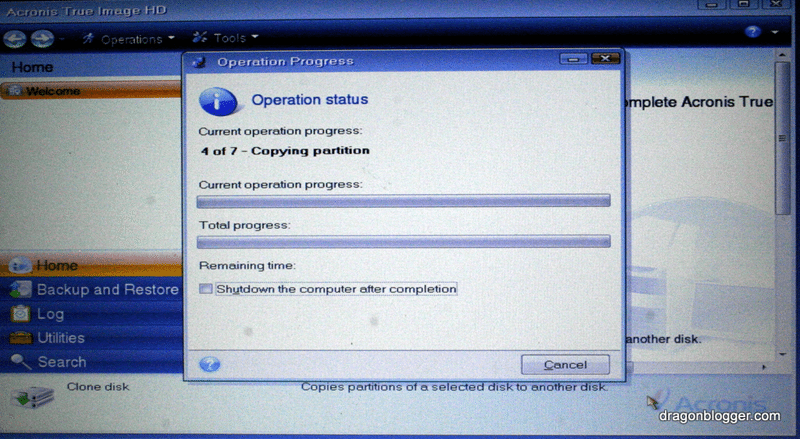 You will get a message when the disk is successfully cloned. 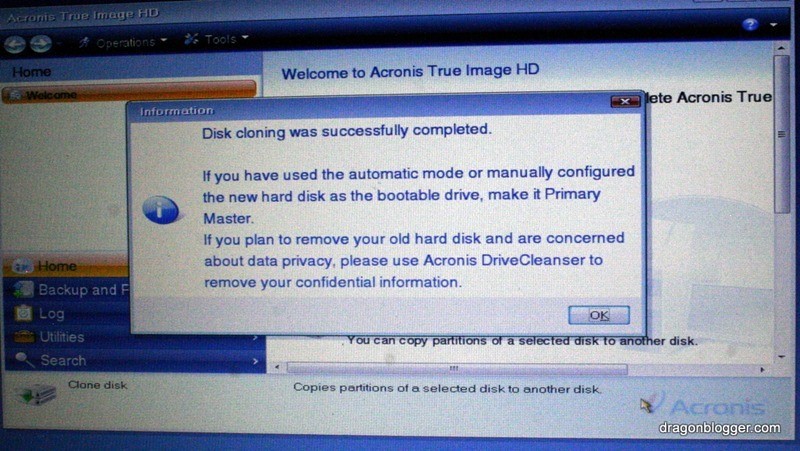 Now after this step, take out the DVD disk and power off your laptop.

Open up your laptop and replace your HDD with the SSD (you have to take it out of the USB enclosure first).  Boot your laptop from your new SSD drive and the first thing you will notice is Windows boots much faster, the second is that when you boot for the 1st time Windows will immediately need a reboot, this is because it now detects the new type of disk drive and needs to make configuration changes to address it and will require a reboot within a few seconds of getting into your Windows desktop. 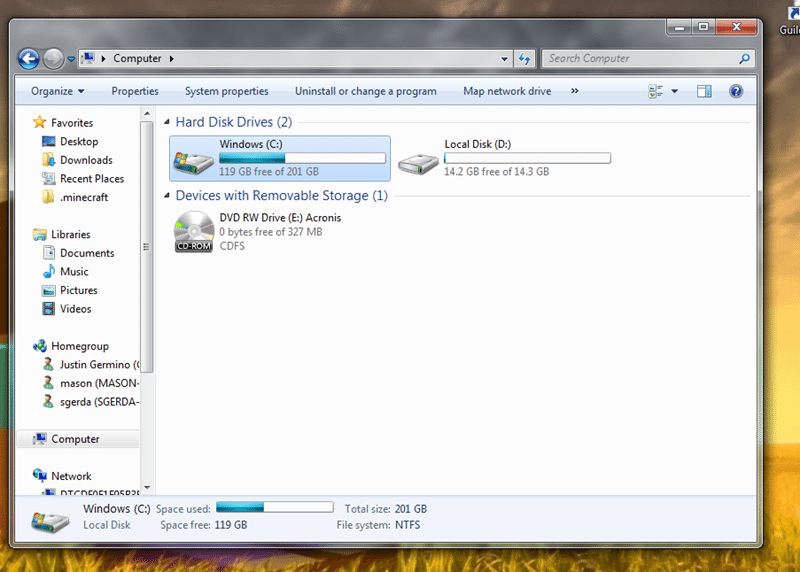 After that however, you should now see that your C: drive is running perfectly on the new SSD drive and start noticing the huge performance difference of an SSD as compared to a 5400RPM hard disk drive.