Recently due to what at first was a power supply failure where none of my drives would power and show in the bios, then CPU fan errors in the BIOS and realizing my Liquid CPU cooler had died, I tried 2 different CPU power leads on the ASUS P8P67 PRO Deluxe Motherboard and all fans were running but the Liquid CPU cooler itself was not.  This wasn’t a model I easily was able to identify as it was a replacement part sent by the vendor last year, so I quickly decided to scour Amazon and went with the trusty brand Corsair.  I didn’t need anything extreme and wanted something comparable and had to be in the sub $100 range, so the Corsair Hydro H60 for $64.99 seemed like a good deal.

Prime will have it to me quickly and I will be able to install it and flip the TPU switch as well as make sure that my CPU temps all stay within acceptable ranges.  With any luck by Sunday I will be good as gold after buying a brand new Corsair TX850 Power Supply and Corsair Hydro H60 Liquid CPU Cooler.

Now you may wonder why I chose Corsair for both products and the main reason is that my Thermaltake Power Supply was the one I was having trouble with, and I hadn’t ever tried Corsair power supplies or Liquid CPU Coolers before, I had tried Cool Master and I wanted to try some new products I hadn’t tried before, both had a fantastic number of high ratings on the product reviews so I hope they both live up to my expectations. 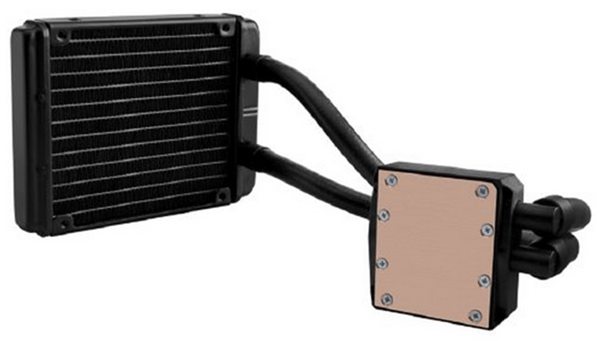 Of course I will be using my Arctic Silver thermal paste instead of the stock thermal paste that comes with the H60, I trust Arctic Silver and it has never let me down before as being the best thermal paste.  I opted for Liquid CPU cooling instead of a Heatsink again, though if this liquid CPU Cooler goes bad like my other 2 did then I may try the Cooler Master Hyper 212 EV which according to my sources on Toms Hardware say is the best air CPU cooler you can buy and at less than $40 is a fantastic deal.  It does require an enormous amount of space around the CPU however, and with my 16GB of Kingston memory sticks so close to the CPU I was worried there wouldn’t be enough room for the Hyper 212 EV to fit.

How about my readers, when you build your rigs or upgrade them do you prefer air cooling or liquid CPU cooling to prevent your CPU’s from going nuclear?