The original Resident Evil film brought to life a video game that was extremely scary.  Now the fifth movie in the series is about to be released, Resident Evil: Retribution, showing Alice’s ongoing survival.  The new movie is going to bring back several old characters and add some new ones as well. 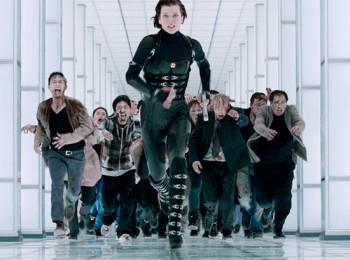 The premise behind this new movie revolves around Alice awakening in the heart of an Umbrella base and discovering more of her mysterious past, which we have been learning about through each chapter of this tale.  She continues to hunt down those who have let the T-virus turn the Earth into a land of flesh eating Undead.  She will travel from Tokyo to New York, Washington D.C., and even to Moscow.  Her journey will make her discover something that will have her rethinking all she thought was true before.  Many familiar faces will be back to aid her along with several new ones. 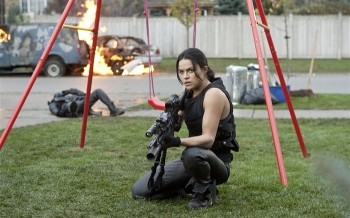 Some of the old faces are not what you might think they are though.  Michelle Rodriguez and Oded Fehr return as clones of their former selves.  Both have a good and bad version of their clone, one that helps Alice and one that is attempting to kill her.  Sienna Guillory revives her brief roll of Jill Valentine from the ending of Resident Evil: Afterlife.  She has been captured by Umbrella and although alive, is hunting for Alice due to the Scarab Appliance Umbrella has put on her chest.  Boris Kodjoe will also revive his roll of Luther West, helping Alice again.  Another clone with a bad and good side is James “One” Shade.  He was the leader of the Umbrella commando team who died in the original film

New faces include favorites from the game: Ada Wong, Leon S. Kennedy, and Barry Burton.  Ada will be captured by Jill and must escape Umbrella’s grasp.  Leon will team up with Alice as they hunt down Umbrella, and Barry is another part of the team from Leon’s group to team up with Alice.  Alice will develop a relationship with a little girl named Becky who is to help Alice keep her hold on humanity.

Others who are returning as well will be Albert Wesker, the main bad guy from Afterlife who has somehow survived yet again.  J-Pop Girl, the Japanese patient zero makes a return as well.  Of course, this series would not be Resident Evil without Milla Jovovich.  Who else could be Alice, kicking ass and taking names.  Unfortunately, Claire Redfield, K-Mart, and Chris Redfield are gone.  I hope they can explain that well since the ending of Afterlife showed Alice, Claire, and Chris watching Jill’s ships move in.

Set to release in 3D, 2D, and Imax 3D on September 14, the newest edition to this film franchise looks to be an awesome action flick.  Perhaps this will be the finale to the entire series, which has gotten more interesting as it has evolved.  We will have to wait and see.