I would like to introduce you to your next car cell phone holder, Dafqco’s Magnetic Cell Phone Holder. Easy to use, quick to set up, and a very powerful hold.

I have a spot in my car with a rubber base that I though was perfect for my cell phone. On bumpy roads, the phone bounces out, and often falls under my feet while I am trying to drive. I can’t bend over to retrieve it or I will smash in to the car in front of me, I can’t ask someone else to get it, as that is also a serious driving hazard and could look awkward, and I do not wish to step on my phone as that can be very costly, so what am I supposed to do?

What you need is something that will hold your cell phone securely in place while driving that also allows for easy access, obviously the glove box is out. The Magnetic Cell Phone Holder may just be the very thing you need. 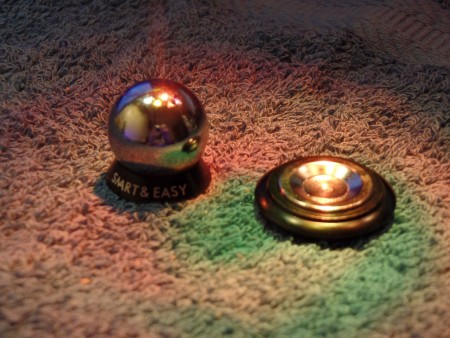 Some of you may have the same concern I have, and that being magnets and electronics. Do they mix? Well, in the days of cathode ray tubes, no they did not, but today with solid state devices, yes, they are ok. I know some may be concerned, and I can tell you with my cell, there have been no adverse effects from using the holder.

The box comes with 1 alcohol pad, 2 metal disks for the phone, or phones, and 2 replacement adhesive pads to allow you to stick the base into a different vehicle if you should need to in the future. You will also find the base and a metal disk that moves on the base and allows the phone be held in place securely. 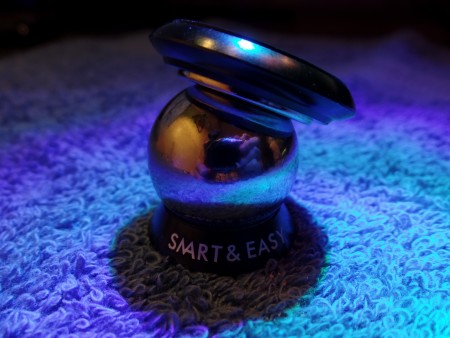 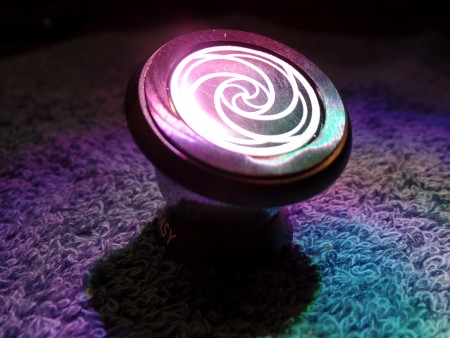 I have to tell you that at this point, I did have one problem. When I pulled the phone off the base, the entire thing, base and all followed. For me, this was expected as my dash board had been treated with a chemical during an earlier detailing. This meant simply scrubbing a bit more with the alcohol pad, and reattaching the base to the dash. This time, it held and has not come off since. 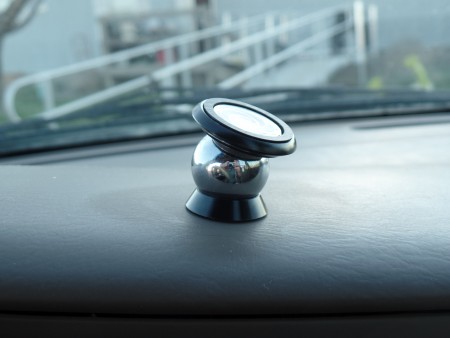 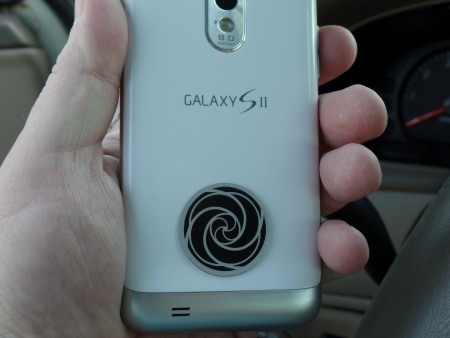 I tested it out while driving, and as I live in the country with plenty of dirt roads, this was going to really test it out. I hit every bump my wife would let me hit, and the phone did not move. The only time it did move was one time when I applied the brakes too hard, and it slid over the top and landed softly on the dash. No damage to my phone. 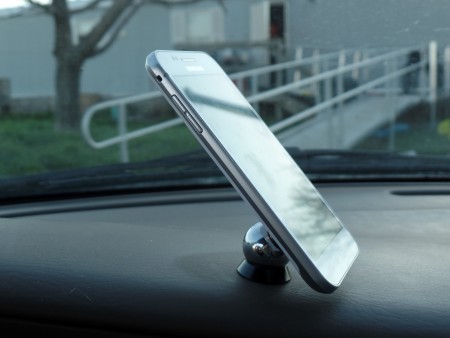 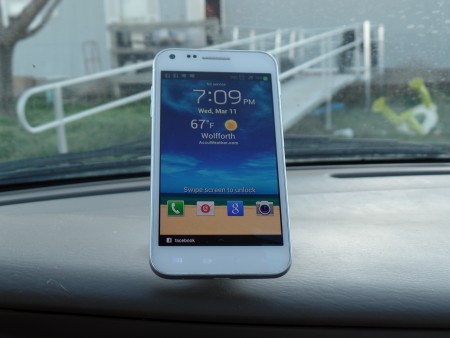 In my opinion, the Magnetic Cell Phone Holder is a great buy. It is well worth the money and it does what it says it does. If I could change anything it would be in reference to the overall height of the base. It might benefit a bit from a taller base. Aside from that, this is a great device, and well worth your consideration.